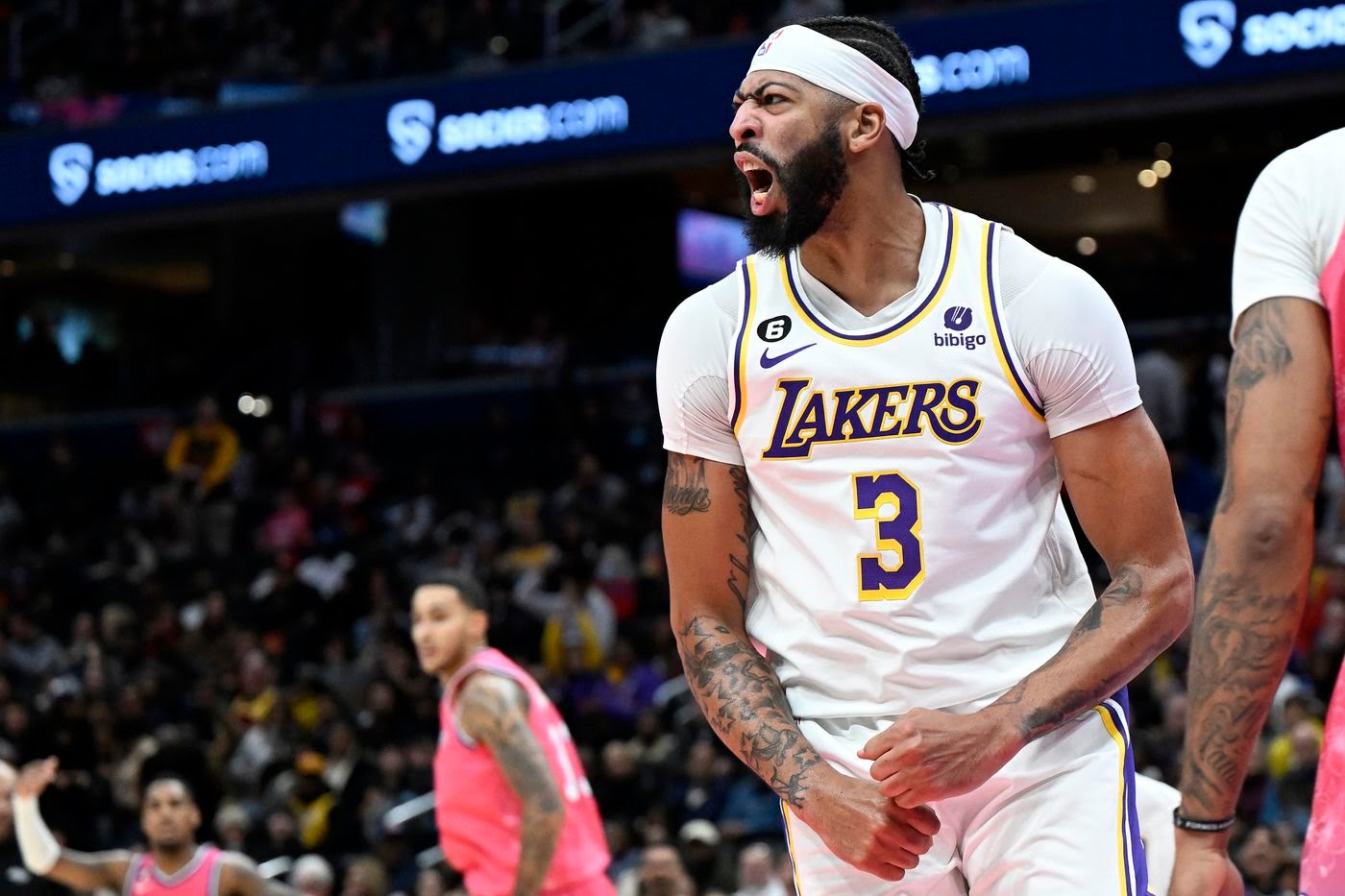 Is ad on his way to mvp

The ones Anthony Davis are putting up are pure.

On his quest to be the next Laker great, the big man is stacking ‘Stilt’ numbers. That’s Wilt Chamberlain figures. The former Laker and Philadelphia Warrior who once came up with a century worth of points in a single contest. The GOAT of the game statistically. Sorry, MJ, Kobe and the King chasing Kareem’s all-time record.

Number 3 just put a double nickel spell on the Washington Wizards in DC. AD may soon stand for MVP. Even if Steph, Luka, Giannis, Jayson Tatum and a Canadian in Oklahoma may have something to say about all that.

Those who talked trash no longer have the last laugh. On the Lake Show, a redeemed Russ, or even the frame of Anthony Davis’ game. The challenge issued by Kevin Garnett in the off-season was just the big-ticket.

After the Lakers sent the Wiz back to Oz, 130-119 to the tune of Anthony’s 55 points, 17 rebounds and 3 blocks, Davis looked at his hand in disbelief.

How can one palm have so much power?

Listen to this superhero’s theme music that hits like a James Worthy clap for the win. AD now joins teammate LeBron James and fellow Laker legends George Mikan, Elgin Baylor, Jerry West, Wilt Chamberlain, Shaquille O’Neal and Kobe Bryant as those in purple and gold with at least two 50-point games. The first Laker with back-to-back 40 pieces since Bean in 2013.

By next week, another article could be penned for all his record book engraved achievements in Hollywood hardwood history.

Number 24’s right-hand man Pau Gasol is about to have his sweet 16 raised to those Crypto rafters in March. Tweeting his support (“AD is absolutely killing it!”), urging the Lake Show to keep it rolling. The franchise of huge seven-footers in their legacy lineage can go ahead and save a spot for the big number 3 too.

Because AD has numbers, like the periodic table of elements has letters. In fact, right now, the man is in his own element.

Must Read:
Will The Bucks Buy A K-Mart Bargain?

Going hard to the basket and denying those who put that weak stuff up there on the defensive end. Saying, “that’s all folks” to those loons who wanted to sing the same tune of injury insults. Looking like an action hero in his headband, braids, beard and ‘brow. Or the ‘fro blown out like his box-score.

His pull-up game is something you could only dream of. He’s even a nightmare from three now, for the right reasons this season.

LA’s latest City Edition jersey like Taylor Swift is a blank space and page white, so those in the City of Angels can make their own artistic statement. Spreading his wings like street graffiti, Anthony Davis is rewriting history and the Lakers season script.

The only player ever to record 35 points, 20 rebounds, 5 steals and 5 blocks in a single game (against Phoenix, November 24th).

The first and only Laker since Wilt to have more than 30 points and 15 rebounds in less than a half-hour of game time.

It feels like there really is only one major milestone left for the player. And it’s as most valuable as he is.