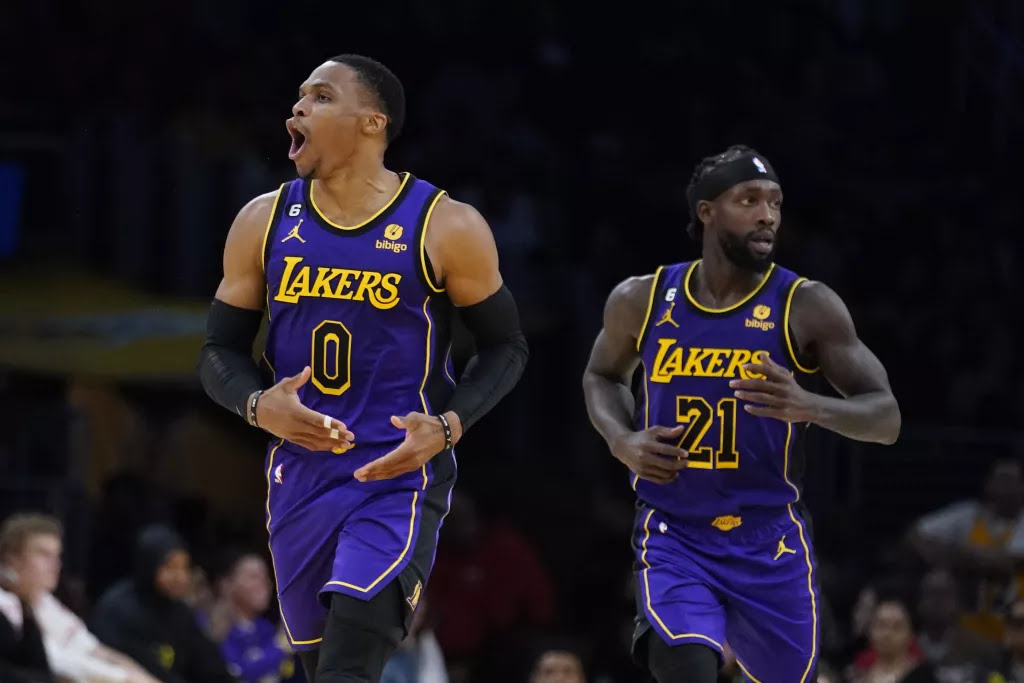 Russell westbrook is back

They hate to see it.

We love it, though.

Now, if you’re the type who likes to keep social media receipts, here’s the only negative thing we’ve said about Russell Westbrook. From our 2022-2023 Western Conference season preview. Concerning the Lakers chances.

“The foundation of Anthony Davis’ creaky legs and whether Russell Westbrook will do a 360 and play like the superstar they brought him in to be, last summer, is a shaky prospect at best.”

It seems those, who love negativity, thrived on taking Westbrook down on Twitter. Despite the fact that his troubles with the rock were more nuanced than all that.

Yet, even with everyone jumping back on the bandwagon after throwing him under the team bus. The gregarious Russ has always displayed the humility of grit and grace in the face of disgrace.

You wonder whether the haters actually even like basketball. Why they’re so obsessed with seeing someone fall, instead of rise above the rim.

Balling out, it’s time for Westbrook’s game to clap back.

A big block on former teammate Kevin Durant, to go along with a huge hop, 14 points and 12 dimes from Brodie. This was the line that capped a 116-103 Lake Show win over the Brooklyn Nets in their new blank space City Edition jerseys.

The slate is clean now. Just like Anthony Davis, absolutely dominating with 37 points and 18 rebounds like a beast. Proving us all wrong, again and again. Like the nature of the game of basketball.

Why not love it? Even while the Lakers have been losing, numero zero has been putting up numbers across the board. Right now, he’s even the best Laker from downtown. Sure, that’s not saying much, but brick-by-brick, it’s a lot better than the clanks which were the chinks in his armour last year.

Must Read:
Blazing A Trail Back To The NBA. Portland Land Carmelo

Coach Darvin Ham put Russ on the bench for a reason. And now the point is looking like a potential Sixth Man of the Year candidate.

The Lakers couldn’t move him for love, money, or even draft picks as early as the off-season just gone. Today, teams are ringing to inquire. The purple and gold should hold all calls, though, because they need to hold on to their Brodie. Even if the majority of their fan base don’t deserve him.

Westbrook deserved better and now that he’s playing, so the Lakers have done a 360 with their big-three. They just need to string a few more wins together.

It looks like the only thing that can stop the Lakers point guard right now is the referee who called tech on his signature celebration. No need to cry like a baby over spilt milk mid, Russell is still rocking.

Cradling this improved play cautiously, we know there’s still a ways to go. Westbrook needs to hit the play-books and study his defensive assignments. Marking DeAaron Fox is a report card example. But his punctuated play is definitely a quick-step in the right direction.

Maybe, we are starting to see the old Brodie. Or better yet, the mould of something most improved.