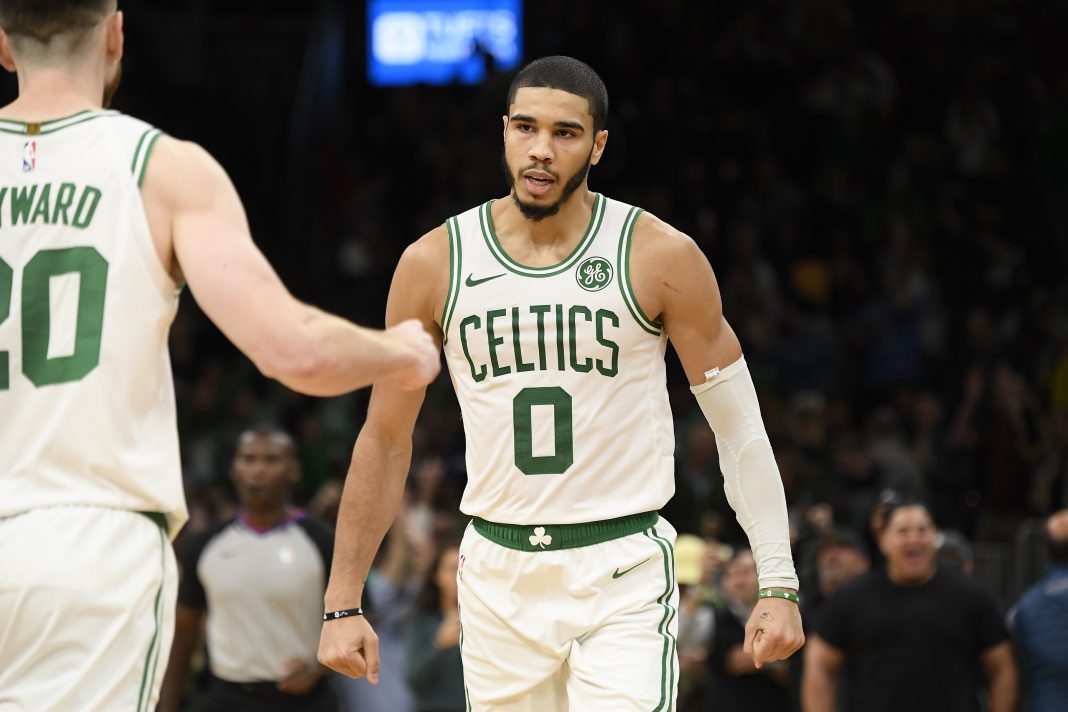 Irish luck has hit Boston again this season like a pot of gold at the end of Kyrie Irving leaving for the B.I.G. B.K. coogi rainbow of the uniform Brooklyn Nets that used to reside in the Meadowlands of Jersey City.

Now the only thing the Boston Celtics most storied franchise in NBA history have more than rings on their fingers is legendary names in their rafters.

From the Lord of the Rings legacy that 11 time champ Bill Russell handed to us like one of his kept in play legendary blocks, to all the Bob Cousy’s and Sam Jones’ that in their green day made Red light up that cigar like a Worthy win. And of course the golden era 80’s legend of the anti-Showtime magic of Larry and what could have been in the late, great, taken before his time talent of Len Bias.

Millennial hoop aficionados will know all about the opposite Shaq and Kobe dynamic duo of Paul Pierce and Antoine Walker that birthed the big three of P-Double, Kevin Garnett and Ray Allen, that then switched between that and a fantastic four with current Laker Point God Rajon Rondo, as the Celtics and Lakers storied rivalry continued with the late legend Kobe (it still seems so strange to say that…and all too tragic).

And like Tatum dunking all over LeBron when he was in the Land the saga of the associations two most associated and storied franchises looks to be continued in this next episode in ten…nine…Netflix age for the streaming generation.

That epic embrace between the King and the young Prince last week in Hollywood looked all too familiar as the knockout like The Simpson’s Tyson esque Tatum torched the Lake’s putting on his own show for the next chapter in these classic competitors rivalry.

Must Read:
Game Recognizes Game. Swapping NBA Jerseys Is In This Season.

Just when the league set-up the King versus Kyrie to be exactly like that. The Celtics swapped Irving for Kemba Walker and now with that league best Point running things and making his, alongside Dennis Johnson deep names like still got game Gordon Hayward, this Celtics side is the most complete team in franchise history since those golden 80’s days.

No offence to the uncut gem of the Big Ticket about to punch his place in the rafters and the ultimate post Bird Celtic, Pierce.

But with a team full of superstars and future talents making good now like Jaylen Brown, no one is having as volcanic an impact as Tatum and we aren’t just talking about his highlight reel slamming for Sports Center, but his X and O’s marking the dry erase too.

As a matter of fact finishing February like a leap year Jayson Tatum became the fifth player in Celtics history over a minimum of 10 games to average 30 for the almost 30 of that month.

Someone call ESPN the rankings are about to change. This puts Jayson in the elite company of dynamo legend who will always belong in Celtic green for his franchise defining sacrifice, Isaiah Thomas, G.O.A.T. debates Paul Pierce and Larry Bird and of course the “who” who caught it, Havlicek.

If that doesn’t make him the next legend I don’t know what will.

As a matter of fact with all due respect this is the most exciting young talent the Celtics have had on the wing since the spirit of Bias.

The zero hero is proving everyone who wrote him off nil. But right now is there even a single digit that doesn’t read for the kid that fills up the box score like a 2K arcade? The player lock is on him as he puts it down and is a lock for torch carrier now Kyrie is crying over another lost season spilt like milk, for what looks like another lost team until we talk about Kevin. Tatum could go sneaker-to-toe with the Durant and Harden best like a freak beef right now.

But in a Ja Morant world of Twitter trolling and teammate Jaylen Brown showing inspiration over 30 characters, Tatum is going to let his game do the talking.

You hear him now.

Whilst your favourite Instagram “influencer” is serving “looks”, Tatum is serving numbers that unlike men and women, don’t lie.

The Garden is back in bloom like Sakura this Spring.

Just 21 and already forever a Celtic like the rights of Bill or the legend of Larry.