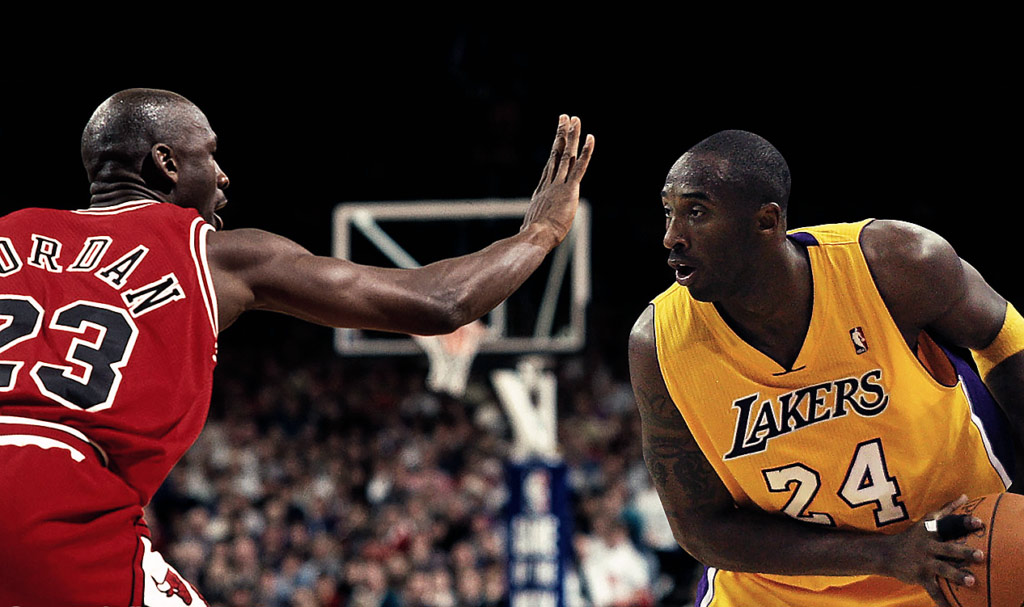 “I congratulate Kobe on reaching this milestone. He’s obviously a great player, with a strong work ethic and has an equally strong passion for the game of basketball. I’ve enjoyed watching his game evolve over the years, and I look forward to seeing what he accomplishes next.” – Michael Jordan.

“He knows how much I’ve learned from him”-Kobe Bryant.

“Trying to get that Kobe number, one over Jordan” – Kanye West.

Basketball’s greatest player of all-time Michael Jordan ended his career with a last shot from the free throw line. So it was fitting that that’s where Kobe Bryant finally surpassed his idol.

The only thing more fitting would be if this Mamba Moment (yes, Nike already have the souvenir sneakers) happened in the same place Jordan banked his last point in Philadelphia…Kobe’s hometown. Still Minnesota was apt too. Being the old Minneapolis hometown of these Lakers and as the Timberwolves stopped player and their owner gave Kobe the game ball, you just knew it was a special moment.

Kobe Bryant finally got one over Michael Jordan.

M.J. may still be the greatest, but the closer one, the Jay-Z to his B.I.G. hit record numbers. Entering the game needing only 9 points to pass Michael Jordan’s 32,292 points on the NBA’s all-time scoring list, Kobe was sent to the line in the second quarter. There with something more thrilling and akin to a clutch situation, down by two, Bryant hit his first to tie and then sank the second to lead. The ovation was upstanding.

Kobe finished the game with 26 and 32,310, leading the Lake Show to a 100-94 win. Now after recently passing Laker luminaries Wilt Chamberlain and Shaquille O’Neal (I bet that felt good too), Kobe only has fellow purple and gold alumni, Karl Malone (38,387) and Kareem Abdul-Jabbar (36,928) standing in his way. If only that injury last season wasn’t such an Achilles heel.

Must Read:
Jamal Murray. What More Can You Say?

As everyone from contemporary rival LeBron James to torch passing legend Magic Johnson took to Twitter to congratulate, a humbled Kobe had more to say than 30 characters, even after a few weeks ago claiming he didn’t care about this milestone. “I’m just honoured to be here, man, to still be playing” the basketball purist said. Even, yet again praising Minny’s young Canadian star Andrew Wiggins. Calling the kid he said Cleveland would regret trading as much as Charlotte did him “a reflection” of himself.

Did this gold star just pass the torch?

Still in setting a new standard I an incredible year of records, number 24 gave his Laker legacy even more legend.