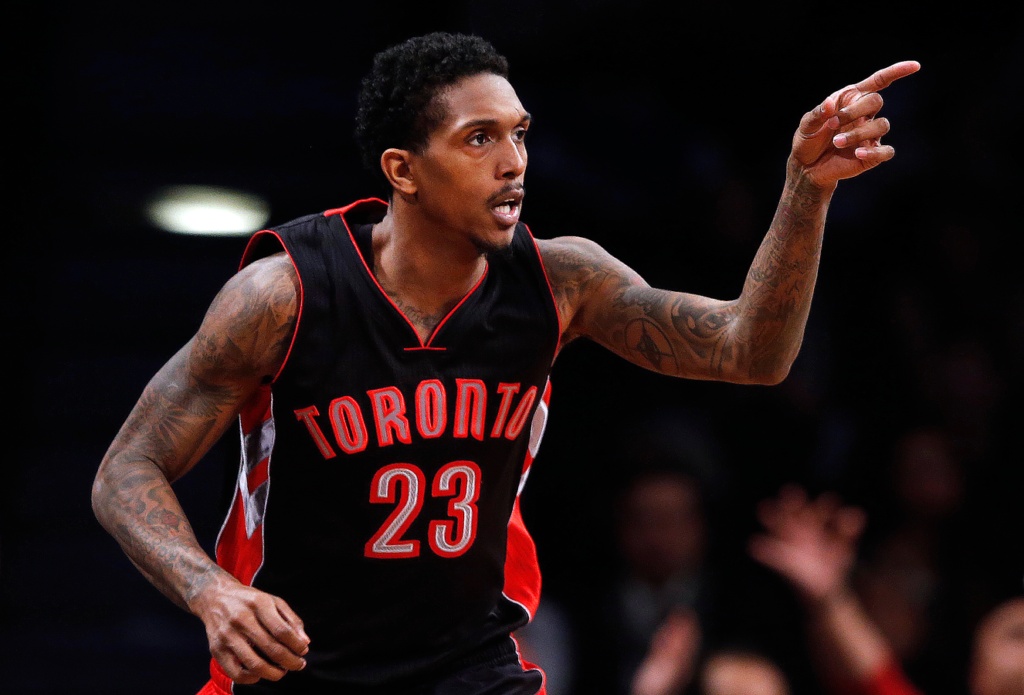 Lakers Claw ‘Sixth Man Of The Year’ Lou Williams Away From Raptors, Reel In Bass

It’s blowing up all over a trending Twitter right now.

We’ve talked until we are purple and blue in the face about how the Lakers squandered all their big-man chances in just a weeks worth of NBA free agency, after drafting smart, selecting D’Angelo Russell with their second pick in last months new class of court session stars.

It all fell apart in the regrets of passing up on Jahil Okafor in just a matter of days. From Marc Gasol to LaMarcus Aldridge and Kevin Love to DeAndre Jordan, with all the Jimmy Butler and Rajon Rondo positions in-between to boot.

Then this weekend the Lakers finally acted, trading some future picks to the Indiana Pacers for the 7 foot 2 inch, blocking machine, big man Roy Hibbert. A good, albeit gamble of a move as this former All-Star is coming off a poorly productive season.

So as of the last few minutes the Buss brass of the Lakers finally gave the gold and purple a move with real heart to be proud of.

Clawing away ‘Sweet Lou’ Williams away from the Jurassic World of Toronto Raptor basketball, last years ‘Sixth Man Of The Year’ moves from the Canadian cold to the California sun.

The Lakers now have a guard heavy rotation to beset their lack of big-men with last years best bench player sharing a position with Laker legend Kobe Bryant (they did say they where embracing the Curry hot, Golden State Warriors small-ball revolution). Not to mention a back-court with young, dynamo, dynamic duo of the future in D’Angelo Russell and one of last years top rookies Jordan Clarkson.

Surely now Jeremy Lin will take that Linsanity minute of New York fame back to the Knicks. But where does this leave the swag of the Lakers own Sixth Man candidate for last year Nick Young (still imagine this young, four guard rotation constantly scoring on you in this new small ball era changing of the guard)? Maybe P will be a package part of a trade for another big Laker target.

Must Read:
KAT runs Timberwolves town with a 60 piece for his mother

Right now the only thing that matters is the Lakers have finally made a move that is worthy of their Big Game legend like James with their play for Young’s former Sixer teammate. Responding to critics and complacency alike. This three year reported deal for Louis is a slugger hit for a franchise that have struck out so much recently they even had former great guard Magic running for the bases of baseballs Dodgers in ownership.

This Raptor ranch buy keeps them from critical extinction as they prepare themselves for a blockbuster like Chris Pratt. The Clippers may be the guardians of L.A.’s galaxy right now, but it looks like Hollywood’s original basketball team is adding more stars before our eyes and with Hibbert, Russell, Randle, Clarkson, of course Kobe and now Lou it’s making for quite a team right now that could run all the big men off the floor.

Toronto Raptors owner, rapper Drake even wrote a song about this ‘6 Man’ on his recent mixtape. Aubrey Graham has even more reason to be emotional now, running through the 6 with even more woes. Lou Williams with the switch. If you’re reading this, it’s too late…he’s gone!

UPDATE: Reports have come in saying the Lakers are set to sign free agent Brandon Bass from their former championship rival, the Boston Celtics. Fishing for Bass gives the Lakers one of the most durable and reliable big-men in the league with the 30 year old.

A reeled in Power Forward that can tutor and mentor young big Julius Randle and give the Lakers more line-up options. Joining the equally good Roy Hibbert the Lakers now have a fully-loaded frontcourt that acts as the perfect compliment to the small-ball revolution of guards and wings that they where reaching for by not selecting Okafor.

Plus with their lack of elite 7 foot signings in the first week of free agency market trading maybe it was all meant to be this way. Taking emphasis off the post and past. Their future belongs to their new number one, D’Angelo Russell.