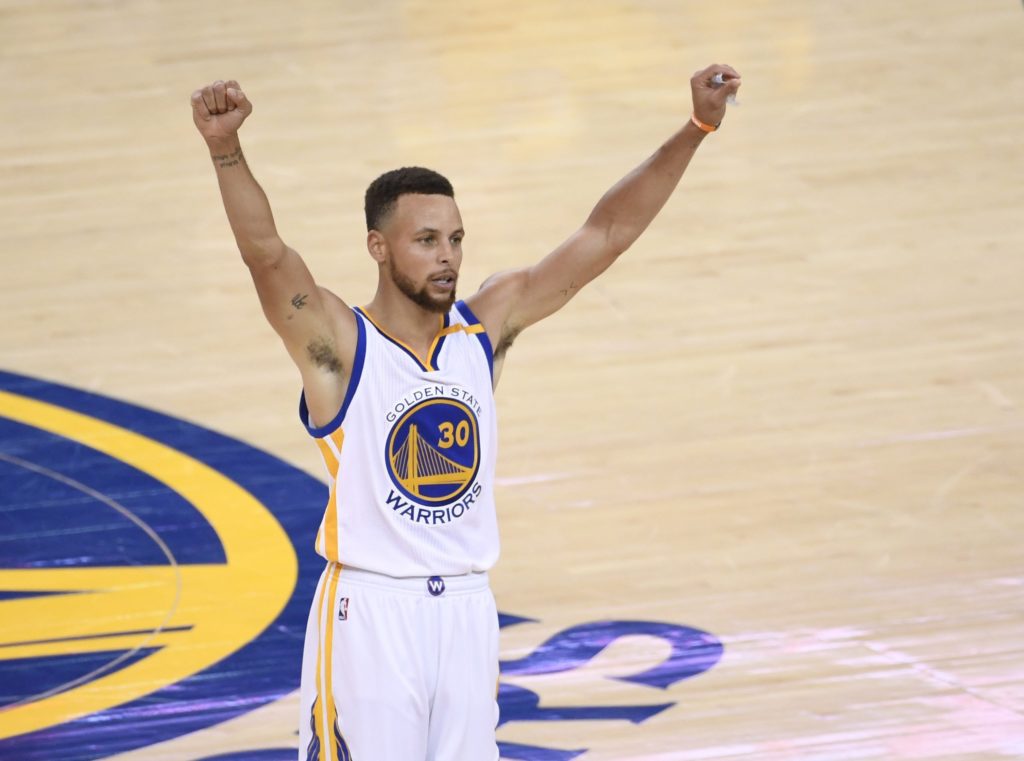 Maybe…but then unlike Chicago and LA that will be it.

Last month for a great day in Oakland, Steph Curry had the shot with Warriors legend Al Attles, Oak-town rap God E40 and what looked like the whole Bay Area for maybe the best SLAM story and pullout cover of all-time. Yep this ‘Soul On Ice’ rivalling piece made instant vintage history and Oakland gold in a year for the record books, let alone the magazine pages.

Because this is the last year Golden State will win in the NBA. Larry O’Brien or nah!

Believe that…because we don’t even have to say that for it to be preordained true.

It’s a real shame but get used to it. It’s happening. All good things and that.

And it isn’t what you think.

It has nothing to do with the bust up between Draymond Green and Kevin Durant that many in the press and below that box in the hurling insult stands think (roughly translated; hope) will be the Shaq and Kobe like catalyst for the death of a dynasty. Nor does it have to do with the carrot and the stick opting contract of the number 35 that even Sacramento announcers are making venomous jibes about (like the King’s have anything to joke about right now) hanging over their collective heads in this player power decision age that can put a franchises face in the dirt, throwing everyone under the team bus.

And before you (we (me)) start it really has nothing either to do with King James trying to win the wild west out in Hollywood with the Ball and Lonzo Angeles Lake Show young core ready to reality show rock as Lance makes ’em dance with his guitar. And whether Klay will have his day in LA and join them as a human torches free agent beacon this Summer (he won’t…although I hope). Losing to them on Christmas Day was just a gift from the Santa’s of the Basketball God’s that will hopefully lead to a Magic New Year resolution out in the La La Land city of angels and stars.

But it has something to do with those cool City Edition charcoal Nike joints and the roots of the tree of The Town thumped into submission across the barking chest.

It has something to with that 10 years in The Town, SC Under Armour grey vest Steph wears on the SLAM cover above his throwback orange Warrior shorts that take it back to the time Baron David dunked all over Dirk and Dallas. As tears of joy from the eyes of Oakland and the defeated titans back home in a Maverick Texas gave the now legendary Oracle its first look of legendary, visionary hardwood history moments of legacy made before everything Stephen and his big three gave. The thunderbolt dubs as enthused exciting as a J-Rich Slam Dunk contest windmill win through the legs.

It has something to do with why that knockout Basketball Bible cover featuring Bay boxing legend Andre Ward (who put Michael Jordan on the floor and took his ride in ‘Creed’. But by quarter II M.J. seconds out got his Mustang back) is so iconic and important. Why despite the cash chasing, Chase Centre innovative incentive of Silicon Valley on the other side. Making a splash on the other side of the brotherhood Bay, Golden State going across the Golden Gate may not head in the clouds lead to a hoop heaven despite the numbers. Or Rick Barry tram lined jersey throwback legacy of legend. They said Oakland didn’t make for a safe playground. But by parade day each year and passing season we could give you two reasons and ring finger counting to why that isn’t as too true as they think. How even when this writer took a train to the Oracle from San Fran and passed through Fruitvale Station (remembering how before ‘Black Panther’ and even the first ‘Rocky’ spin-off. Michael B. Jordan and Ryan Coogler brought that tragic story back to life and our collective social consciousness) that the cruel crime that happened here taking life on New Year’s night has everything to do with the police and not the people. The down to earth roots of Oakland are planted with beautiful seeds and over the last half decade of mainstream NBA dominance we’ve only seen these grow. So no matter what flowers these Warriors put in their hair next year across the Bay, Oak-town like Pac said will always “definitely be in the house”. Throwback tribute testament, or the ball pushing, moving forward downcourt and downtown.

For next year these dubs hearts will be in San Francisco.

But you know where the California soul of this Golden State will always be left.