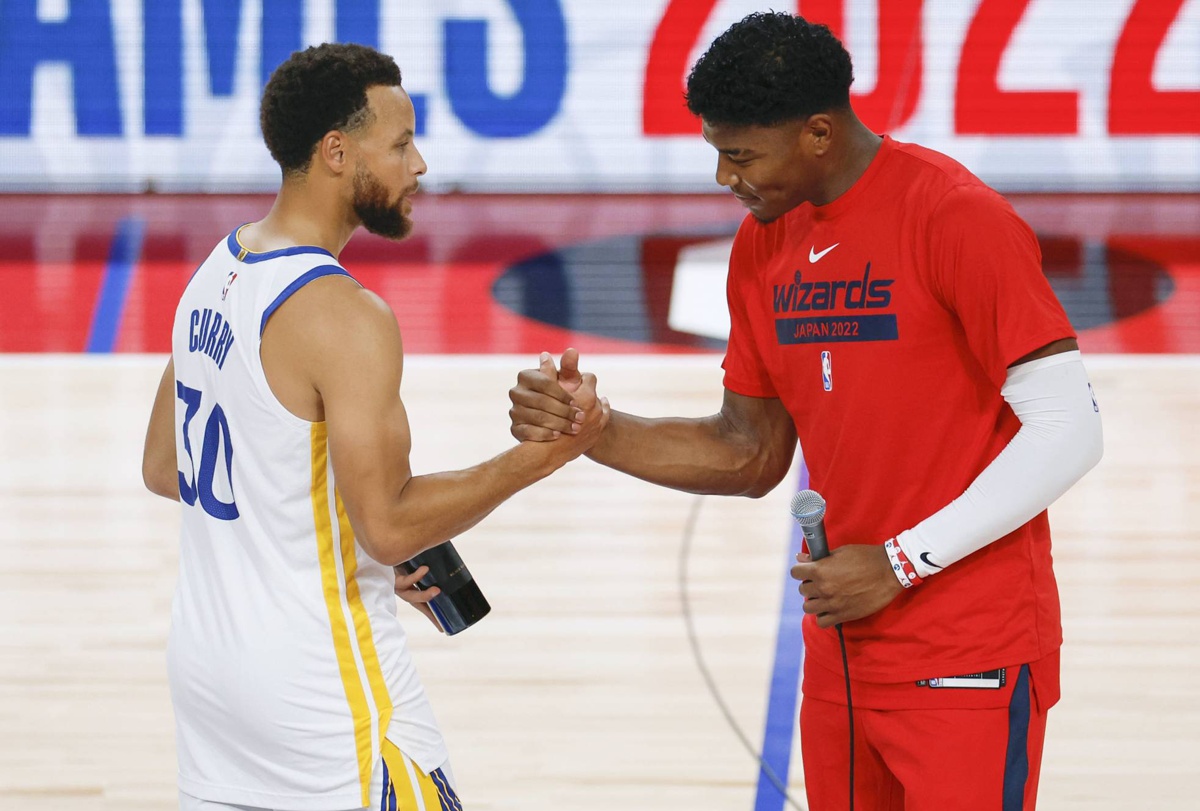 Japan recently opened its borders after the planet’s coronavirus pandemic put tourists at a social distance. And what a bunch of sightseeing folk, they invited to their shores. Ones that for sure would have the cameras turned on them, like this was Barcelona, 1992.

Reducing restrictions meant that Tokyo was allowed to host its first Japan Games since a James Harden and Russell Westbrook (it’s been a long time) Houston Rockets faced-off against our very own Toronto Raptors in 2019. The electronic hub of a city and traditional country is no stranger to NBA players. Last year, the best-of-the-best made their way over for the calendar delayed Tokyo, 2020 Olympic Games.

But this one was so special.

Because Japan have a budding star of their own outside former Raptor Yuta Watanabe, now making his yen in Brooklyn. And this double-heading preseason opener saw the Washington Wizards’ Rui Hachimura come home to a sold out crowd (BasketballBuzz was in town, but not in the house) of adoring fans in nothing but the first half of his surname (the number eight), aside from those Steph Curry 30’s.

You see, Washington’s opponent on this Far East trip was California’s champion Golden State Warriors. If Rui and, they weren’t enough to guarantee at least 150,000 yen for a ticket on resell sites. The fans in the sold-out stands were. Suga of K-Pop phenomenon BTS making the trip from Seoul, South Korea, returning home with Curry’s sweet, signature Sour Patch sneakers in his carry-on baggage. Japan’s tennis superstar Naomi Osaka. And the WNBA’s Washington Mystics star, who stole the show in the Olympics, Rui Machida.

Of course, no trip to Tokyo is complete without a stroll across Shibuya crossing (where Klay Thompson was spotted), a photo-op outside the temples below Tokyo Tower (for both teams) and a visit to a hedgehog café (where Jordan Poole and Andrew Wiggins got their kicks and pricks). Don’t worry, they don’t eat them. They just have coffee with the little guys.

Must Read:
Stephen Curry is the greatest three-point shooter of all-time

Hachimura and Steph Curry were presented bouquets of flowers before Game 1 like the ambassadors that they are. The same type of flowers that adorn the shopfronts of new businesses that open in town. This three-day weekend was also accompanied by an NBA Saturday night that felt like All-star festivities, complete with t-shirt’s thrown for the souvenirs of able hands. Headlined by a three-point contest which of course Curry and the Warriors won in their warm-ups like Larry Bird. Like he said, “we’re supposed to win, we’re the Splash Brothers.”

There was even a slam-dunk contest which, hey, was probably better than most you see at ASG these days. Curry and Thompson even got to take on legendary sumo wrestler Hakuhō Shō, but there was no way they were winning that contest.

The first game of the trip went to the Warriors, 98-87, despite 13 points and 9 rebounds from Hachimura. James Wiseman, of the Warriors, showed his promise with 20 of his own and 9 off the glass. In Game 2, the Dubs overcame a 14-point deficit behind 12 points and 6 rebounds from rookie Patrick Baldwin Jr. and 17 and 5 from the Chef to say goodnight to the game and series, 104-95.

But Hachimura was no loser, carrying the flag for his country again. Especially after fighting back from some racism recently, levelled at him cruelly and unfairly for his dual-heritage. The self-dubbed ‘Black Samurai’ with his own wine of the same name made the NBA big in Japan again. We’re sure to see him and the Japanese Rakuten sponsored Golden State here again, sooner rather than later.

“It was one of those things I dreamed about since I was a kid, and I was so happy about it. It was a big moment for me and this country,” the native son remarked.

Rui’s first name means “base” or “fortress”. He’s clearly built a basketball one here in the land of the rising sun.