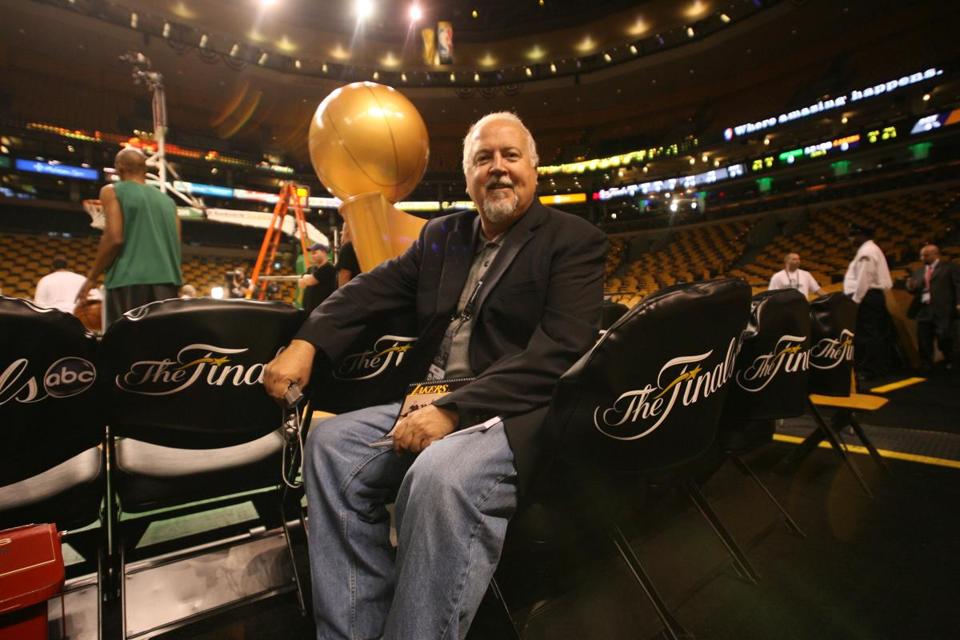 The greatest of all-time Michael Jordan wept as his Chicago Bulls won his first NBA Championship in 1991. With his father James by his side his championship baseball cap almost fell off as he sobbed into the gold basketball orb of the Larry O’Brien trophy.

He had made it.

A decade later the greatest to ever come close to the G.O.A.T. Kobe Bryant sat alone in the solitary tiled walls of a shower cubicle in the visitors locker of the First Union Centre in his hometown of Philadelphia. Dressed in a Los Angeles Lakers NBA Championship cap to match Mike’s and a gaudy leather baseball jacket with banner like patches over his purple and gold uniform. And with his head in his hand and his eyes cast down to the bottomless pit plug hole of the floor he cradled the same trophy in his arms to what the naked eye would look like almost a mere afterthought.

He had made it…but at what cost?!

Last year even outside of court circles all everybody was reading was the latest and greatest biography of the God like icon of basketball Michael Jordan. Seems as number 23 may never really put pen to lengthy paper unless for a Nike Air Jordan sneaker tie in book and also judging from his akward but amazing Hall of Fame speech this is the closest we will get to the greatest. Thanks to the man that wrote the book on the logo of the NBA Jerry West (before Mr. Clutch himself gave us his charmed and tortured life with ‘West By West’), Roland Lazenby.

Now after giving us ‘The Life’ of Michael Jordan that is currently being translated to Japanese audiences as we read, the only way Lazenby could follow Mike is with Kobe. And in a fall that has seen everything from this years ‘Gone Girl’, ‘The Girl On The Train’ movie adaptation, to ‘Born To Run’ rock and roll boss Bruce Springsteen finally giving us an autobiography climbing the bestsellers list your coffee table is about to get even bigger. Make it a double shot to keep and stay up.

The ‘Showboat’ sequel to the greatest is here.

The life of Los Angeles Lakers legend Kobe Bryant by Roland Lazenby follows where Michael Jordan left off. An in game portrait over a black sleeve and purple and gold iconic typography takes centre stage. But past the judging of a classic cover comes the depth of another 600 page pushing and turning opus that is almost big enough to keep your bedroom door from rattling this Winter. But you’ll want it on your bedside table next to your glass of water and alarm clock. Because you’ll be reading this one way past the magic hour and way through the night. All the way to your bus ride to work next day…that is if you wake up in time to make it.

You’re going to want to find this biography from the father of basketball books with the Saint Nick beard under your tree this Christmas. Becuase Lazenby delivers it all. From Kobe’s dad Joe ‘Jellybean’ Bryant’s playground like NBA playing beginnings in Philadelphia, to their move and Kobe’s raised days in Italy. All the way back to the school days of his high life in Lower Merion and of course his Los Angeles times with the Lakers. From his ups and downs. His purple and golds. His Shaq and Phil Jackson’s. His Pau Gasol’s and those damn injuries. All the way from those Utah Jazz airballs as a rookie to scoring an amazing, record 60 points against them in his farewell game this season gone. And of course the amazing 81 point game against the Toronto Raptors (sorry fellow Canadian’s of this site) and all the 82’s between.

It’s a storied career worthy of a book…and here it is no less, mere months later.

With the help of countless court contemporaries like backcourt brother Derek Fisher and writing ones like the legendary friend and confidant of this hip hoops generation Scoop Jackson, Roland gives us a behind the locker rooms and screens look at the legend. From sidebar stories and personal accounts that get to the heart and family of what matters most to this mans soul beyond basketball. There’s more than just inside knowledge here from this book longform genius who writes like a master storyteller with Sports Illustrated cover article worthy smarts. ‘Showboat’ is more than just for show. It’s a tell all that shows us there’s more to a man than the name on the back of his jersey…or even the one on the front.

Like the Black Mamba himself don’t pass on this one. Like Mike before him, if you think you know everything there is to know about Kobe Bryant then think and read again. And if ‘West’ by Jerry West is anything to judge. Perhaps Lazenby’s back-to-back books of basketball will inspire number 23 and 24 to write their own memoirs in reply. A purists can only pray and hope for this prose.

Either way we can’t wait for the day Roland coronates the King.