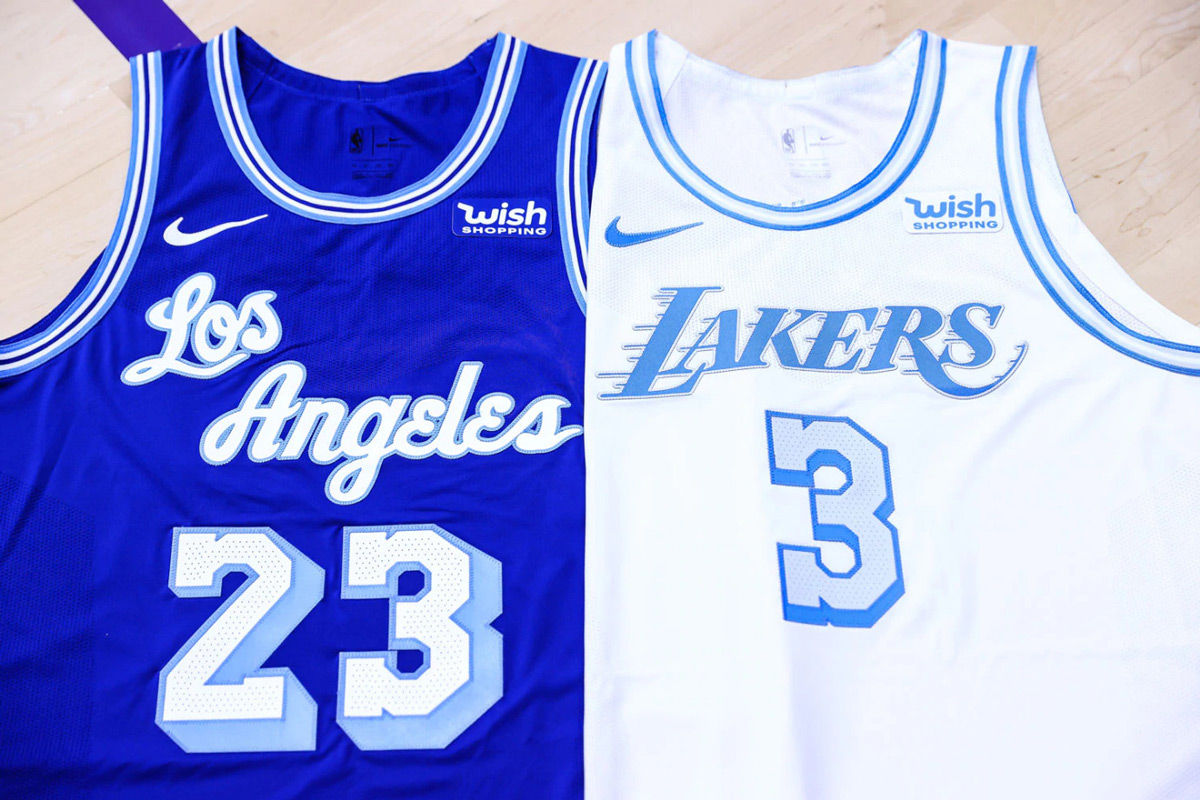 Before gold championships from the King. 23 for 24.

Before all that, the Lakers’ time was Crenshaw blue. Just like LeBron yatch rocking a custom fit for Nip designed by digital ESPN artist Grant Goldberg, whilst on a European vacation last year.

It’s finally here, like a Clipper Compton script in black and white across the hall like ‘trez.

Before LeBron and AD, Kobe and Shaq, Magic and Kareem, or even Wilt and West. There was Elgin Baylor. Standing strong on his own two, before he and the NBA logo Jerry formed the Forum of ‘Fire and Ice’ like a ‘Game of Thrones’ song in the Great Western stories of Los Angeles.

The original superstar in this “Lakers goes to Hollywood” post Mikan and Minneapolis age for your broadsheet times. Baylor recently had his own statue put outside STAPLES and has also penned his own ‘Hang Time’ autobiography for his life in basketball. One of the GOAT’s was the prototype player for the swing men we see now with career averages of 27.4 points, 13.5 rebounds and 4.3 assists per game.

The first to play above the rim and turn the jump shot into a form of art and attack. As a matter of fact LeBron is probably closer to this King than he is to an MJ or Kobe. Elgin was even a game changer off the court as a civil rights activist that campaigned for racial justice like those who do the same today for the Black Lives Matter movement. Remind you of someone that’s more than an athlete in our times?

Must Read:
Giannis Antetokounmpo Is The Biggest Buck Since Kareem Abdul-Jabbar

This is a banner moment like what their rival Celtics have just put up in Boston for their City Edition.

Classic throwback for your hardwood Mitchell and Ness.

Like a Brooklyn Basquiat, or a Chicago theatre. An ATL MLK, or Cleveland rock and roll Hall of Fame. Indiana keeping pace with the Miller time past, or Memphis taking it back to the soundtracks of Sir Isaac Hayes ‘Shaft’. New Orleans celebrating the Mardi Gras or New York showing the city never sleeps. The classic Miami Vice blend, or the Orlando, Florida orange. Oklahoma putting on for the city, or a San Antonio Alamo colour scheme throwback. The digital skyline of Philadelphia and the Valley of the Suns.

This is bigger than ‘The Mandalorian’ bringing Boba Fett back. This is the way.

Elgin Baylor is such a legend that even R&B superstar Elgin ‘Ginuwine’ Lumpkin was named after him. Listen out for his interlude shout out in the court drama of G’s 2003 graduating classic ‘The Senior’…epic like the record label. He really is for some reason still one of the most underrated icons in league history. One famous photo of him even looks like the silhouette of the logo his West teammate was embodied in.

Elgin would have deserved it too.

Now taking it back to 1960, Baylor-who is still down after all these years and is even on Twitter-has given a grand design to a Lakers alternative like we’ve never seen before. A little off from those classic Sunday whites which were the first to deviate from the purple and gold since the Minneapolis blue sea change, these crisp uniforms feature a blue stencil for the city and the classic go faster Laker logo. A refreshing look for the books, you should see the product range. You need the white logo hoodie with blue trim. As for the jersey, it may not say Los Angeles like the home edition back in the day, but it’s for sure all for the city.

This is a better remix than the one Diddy invented.

Throwing it back it ain’t over either, because the Lakers are bringing your baby blue back. In the form of the classic sixties Los Angeles design, exactly as it looked back then for their Nike Classic Edition right now. No Crenshaw, but a true throwback for sure. The last time they rocked these Kobe was playing against the ‘We Believe’ Warriors who are bringing that Oakland era back to the new Golden State of San Francisco this season across the bridge.

LeBron, AD and all the big Dudley players that re-upped will look the part bringing back the classic. As will new Hollywood highlights like Dennis Schröder, Wesley Matthews Jr., Montrezl Harrell and former draft pick Marc Gasol. The Lakers brought someone else back to the pack too today. Someone who will rock the 28 for the Mamba and the Mambacita after hanging up his number 2 for GiGi too. A former player of literally only yesterday.

That’s right not a mere month after being cut the Lakers have signed free agent and two time champ Quinn Cook.

Now that like Q from downtown is a good look.

Sometimes you just have to bring it all back.

Are you down by Lore?