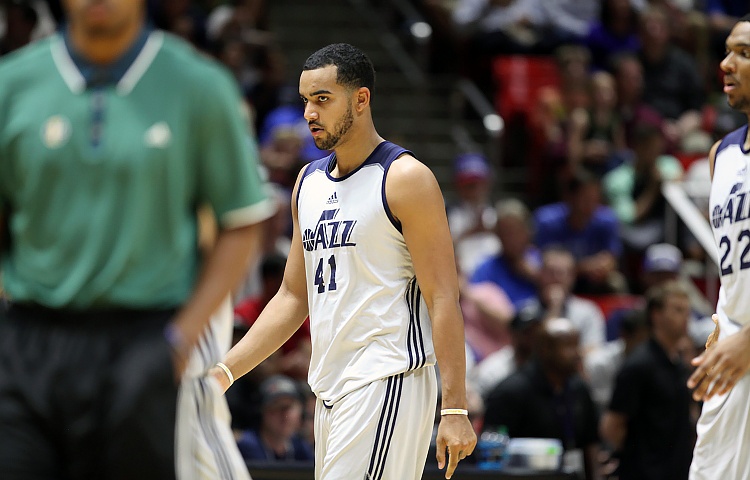 Second-year forward Trey Lyles (234 lbs/6-10 ) is expected to have a big upcoming NBA season. The 2015 lottery pick of the Utah Jazz (7th Pick) has been given the key to the ignition during the 2016 NBA Summer League and Canadian forward has responded beautifully by revving up the engine.

Trey Lyles opted out of the opportunity to help the “Canadian Men of Honor” in the 2016 FIBA Olympic Qualifying battlefield in Philippines, Manila to sharpen his own toolkit and weaponry.

Understandably, we are talking about NBA Summer League domination, not even preseason or regular or post season, but it’s easy to see just how much of a nightmare of a match-up Lyles is off pick and pop/roll options and with his dribbling and shooting prowess he might be in-line for MIP (Most Improved) Award after averaging 6.1 points and 3.7 rebounds in his rookie season.

However, Canadian Basketball fans can only wish they were getting this type of effort from Lyles in the Philippines.