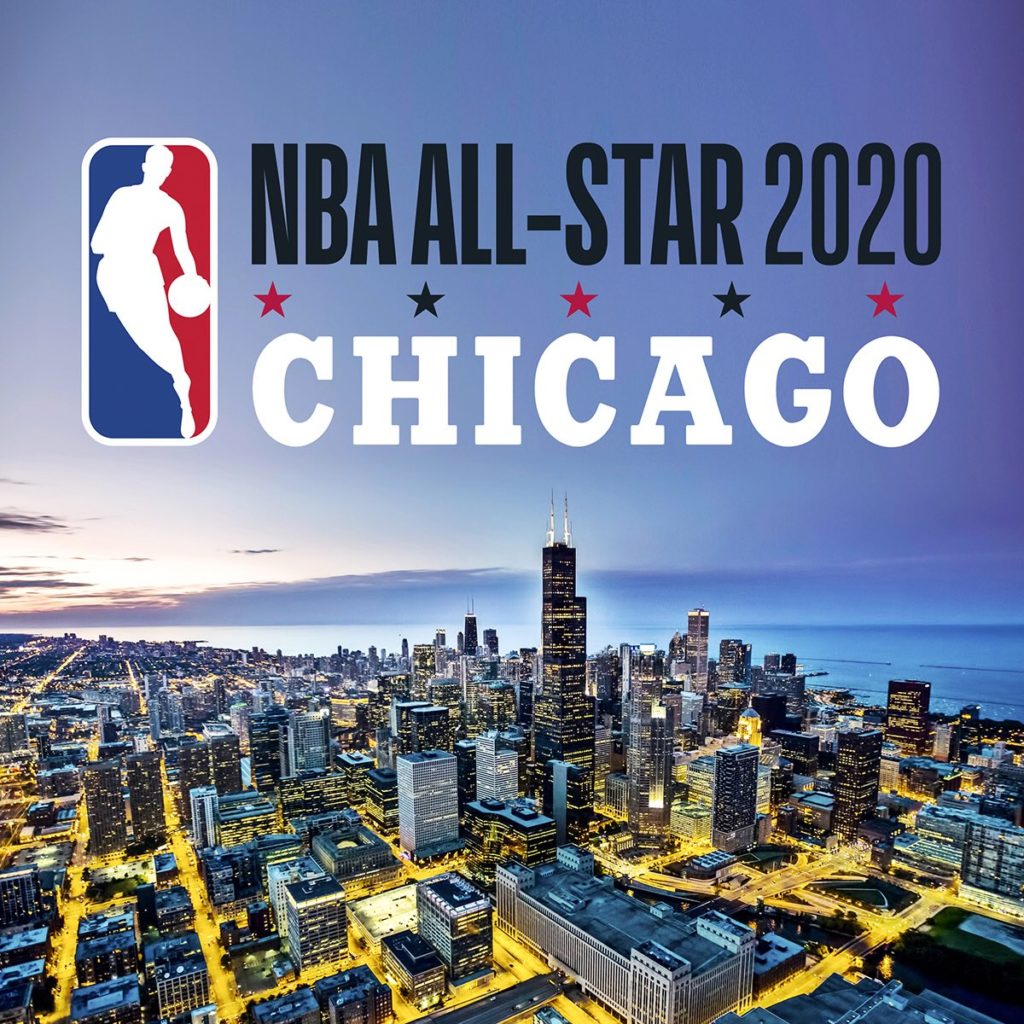 1973. And the first NBA All-Star Game to play in the Windy City of Chicago, Illinois features the last All-Star game in the last season of two lasting Los Angeles Lakers legends. One man who scored 100 points in just one game, Wilt Chamberlain. And one man who was and still remains the one and only logo of this National Basketball Association, Jerry West.

1988. And arguably the greatest All-Star Game of all-time and an even better, best ever All-Star weekend sees Michael Jordan become Michael Jordan. M.J. scored 40 in an 138-133 O.T. A.S.G. win for the East meeting the West. But a day before all that he and the Slam Dunk Contest became even more legendary. As mere moments after storied Boston Celtic great Larry Bird asked “whose coming in second place” before raising his finger in victory before the ABA coloured moneyball ripped through the twine (no Nick Young swag), Money took off from the free throw line like a good doctor for his above the rim J and jumped over everybody including Atlanta Hawk wing spreading, sky-soarer Dominique Wilkins.

Now more than 30 years later after next years All-Star Game in the purple and gold city of Los Angeles and the 2019 one in the redeemed city of Charlotte, the 2020 and 69th All Star Game will be played in Michael’s old town of Chi-city. In the same year as Tokyo, Japan will hold the next Olympic Games, the game of basketball will go back to it’s 90’s roots and an inspired iconic landmark of hoop heaven that didn’t really have the same spirit in the seventies, but really Jumpman took off in the golden era eighties. So much so that the old ’88 All Star Weekend t-shirt is a historical thrift store must find for more than it’s 80’s Tron like, cool, retro logo.

And with mid-February lovers big blockbuster basketball coming back to the city of wind like the river that runs through it, Chi-town needs this like out of towners need deep dish pizza. You only have to listen to the news or the Common album ‘Nobody’s Smiling’ (you know the legendary M.C. who used to wipe up Jordan’s sweat off the old Chicago Stadium hardwood has to perform at the mid-season classics halftime show) to know this classic city is marred by violence that burns through this second city like fire. The beloved Bulls have even become a “garbage team” to root for too, losing the big-three likes of last seasons Jimmy Butler, Rajon Rondo and Dwyane Wade (who may even be on a farewell All Star tour once his hometown All Star weekend comes crossed off the calendar and everyone is united in the airlines center).

Now this team who relies on sophomore stud Denzel like Oscar hopeful movies will hopefully be back by the next few valentines. As the heart of the city in twenty twenty will want to see something as visionary as Sinatra’s kind of towns history.

In this article:2020 All Star Game, Chicago, Featured, NBA