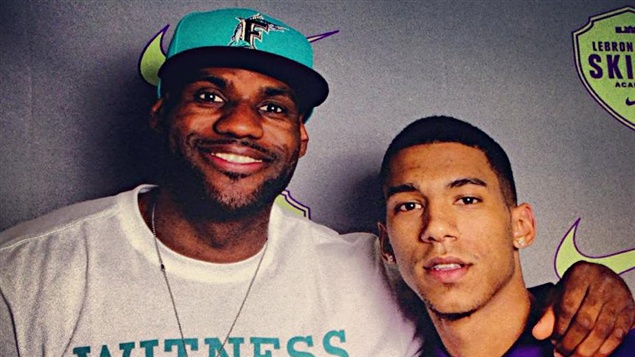 The 6’4, 190lbs Boston College Eagles point guard averaged 15.4 points, 4.2 rebounds and two 2.3 assists per game, set the ACC tournament record by a Freshmen with his 41 point outburst against George Tech and is amongst the top point guards in Canada joining a growing list of talented Canadian players to showcase their skills at the annual Nike event which inaugurated back in 2009.

The Skills Academy running from July 5th-July 8 is being led by retired NBA player and coach Jon Lucas who became a first team All-American during his collegiate days with the ACC’s Maryland Terrapins. Lucas was selected with the 1st overall pick in the 1976 Draft by the Houston Rockets.

It didn’t take long for Hanlan’s talent to stand out, according to multiple tweets including Jon Lucas himself, he will be watching a few more ACC games this upcoming NCAA Basketball season, simply because of the Canadian basketball point guard.

Hanlan opted not to accept the invitation to play for Canada’s Development/University National Team that is currently in Kazan Russia at the 2013 World University Games, instead he opted to take summer classes at Boston College and raise his stock in front of the games most talented player, In LeBron James.

John Lucas is now developing a history of working with Canadian point guards which can be traced back to Myck Kabongo and more recently with the Spurs Cory Joseph.