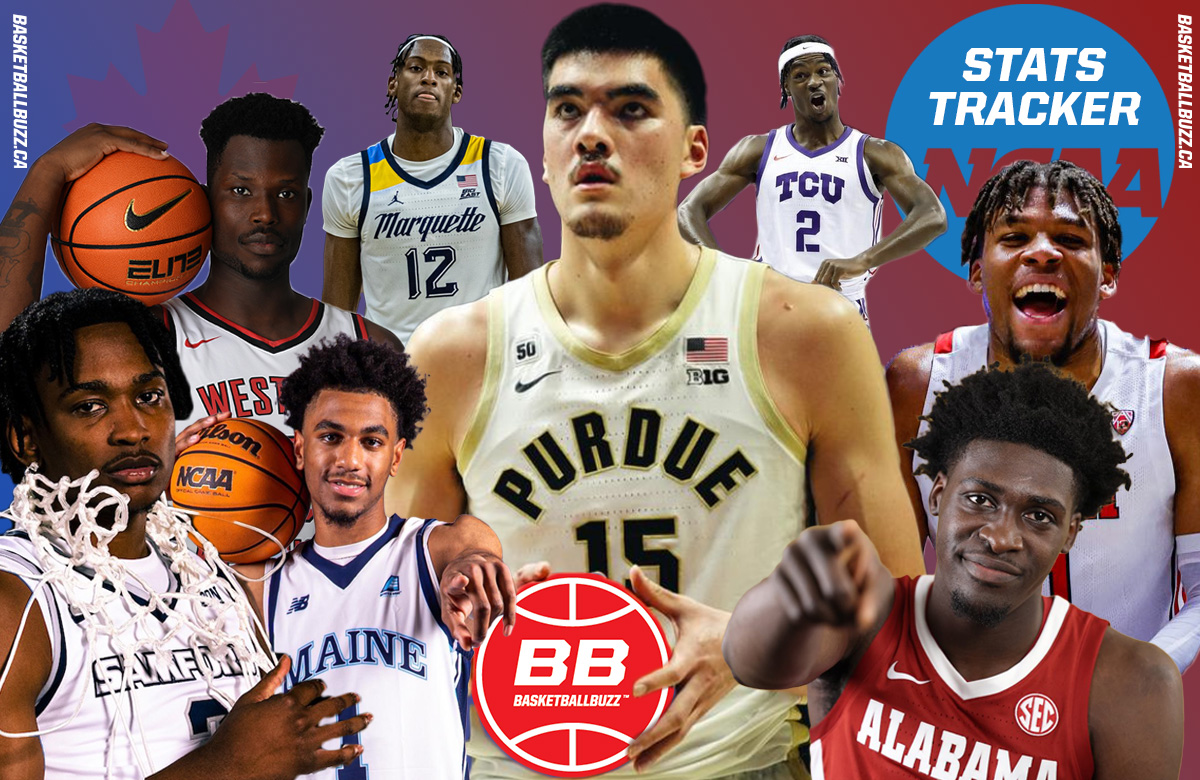 A hoop heads’ holy grail, Monday, November, 7th, 2022 will forever go down as the unofficial day when the most combined NCAA and NBA basketball games were played.

The 2022-23 NCAA men’s college basketball season kicked off with a big bang and an incredible 200 game opening day slate.

Recognizing its influence, and in an effort to help increase voter turnout numbers in the recently passed midterm elections, the National Basketball Association (NBA) also blessed us with a never seen before schedule.

All 30 NBA teams in action, with games commencing every fifteen minutes.

Called it November Madness or hoops heaven, 230 games of above the clouds’ basketball action, in a jam packed twelve-hour span.

From a Canadian basketball perspective, that is a lot of games, players, teams to follow and keep track of. A record high 24 Canadians were on NBA opening day rosters, followed by 131 hopeful hoopers on NCAA men’s basketball division I teams. Not to mentioned, the 113 talented Canadian female ballers putting in work on their respective squads as well.

Back for its third consecutive season and loaded with all the stats you need, the 2022-23 BasketballBuzz Canadian NCAA stats tracker helps basketball fans across the globe stay up to date on all the top Canadian basketball players playing men’s college basketball.

Whether you are using our stats’ tracker as a casual fan of the game, as a coach to monitor specific recruiting targets or to help you decide on whether to take the money line or the over/under on your daily NCAA college basketball bets. We have you covered with updated stats, insights and interactive charts, graphs and more.

Despite the number of Canadians in the NCAA decreasing for the second consecutive season and a year removed from producing four NBA Draft picks, the 2022-23 season still has plenty to offer.

All eyes will be on Mackie arena and Canadian seven-footer Zach Edey. The Purdue Boilermakers center with a seven-foot-ten wingspan was one of three Canadians named to the 2023 Kareem Abdul-Jabbar Award watch list for the best big man in the country.

Coming off a respectable sophomore season, a much improved Edey, is off to a monstrous start, already notching career-highs in both points, rebounds and minutes played.

The workload is expected to continue, with Edey shouldering as much of the offensive load as he can handle for head coach Matt Painter’s dynamic and fluid offence. The Canadian could very well be in line for the Big Ten conference and national player of the year award.

Unfortunately for Aimaq, months of intense preparation for what was expected to be a show and prove season in a power conference have been temporarily been put on the shelf.

The self dubbed big maple, with his own maple syrup, went down with a broken left foot injury in late September that is likely to keep him out of action until the start of the Big 12 conference play in late December or further in to the 2023 new year.

Overall, and when combined with Leonard Miller playing in the G League with the Ignite, there is a clear path for at least one or two Canadians to get drafted come June 2023.

Just don’t expect to see multiple lottery selections like we have witnessed the past two years. At least not this early into the college basketball season.

Ever wanted to find out which Canadian city is racking-up the most points in college basketball. We know that Toronto and Montreal are the biggest producers of Canadian NCAA basketball talent. Don’t sleep on Brampton!

But how do these two top metropolitan cities stack-up when it comes to point production? This cool, interactive pie chart, combines all the players from each respective city and depicts their total overall scoring output.

Which class is putting up numbers on the board? How are the freshmen holding up against the upperclassmen? Traditionally speaking, freshmen usually play fewer minutes and contribute minimally on offence, unless you are Anthony Bennett (23.7 PPG), RJ Barrett (22.6 PPG), Jamal Murray (20.0 PPG) and Andrew Wiggins (17.1 PPG) etc.

There is a heavy concentration of upperclassmen seniors (31.9%) and juniors (27.3%) playing this season, therefore the scoring output should favour these two more experienced classes.

While we are at it, let’s take a look at the scoring production from a positional point of view. Are the guards scoring the ball more, or are the forwards or the more traditional centres like Edey doing the heavy lifting?

Everybody wants to play high major college basketball. And why would you blame them. Since 2010, and excluding Gonzaga (Andrew Nembhard, Brandon Clarke, Kelly Onlynk, Robert Sacre) from the conversation, all but two of Canada’s NBA Draft picks have come from teams in one of the power five conferences.

The exceptions, former No. 1 pick Anthony Bennett (UNLV) and Andrew Nicholson, who had a storied career at St. Bonaventure with the Bonnies.