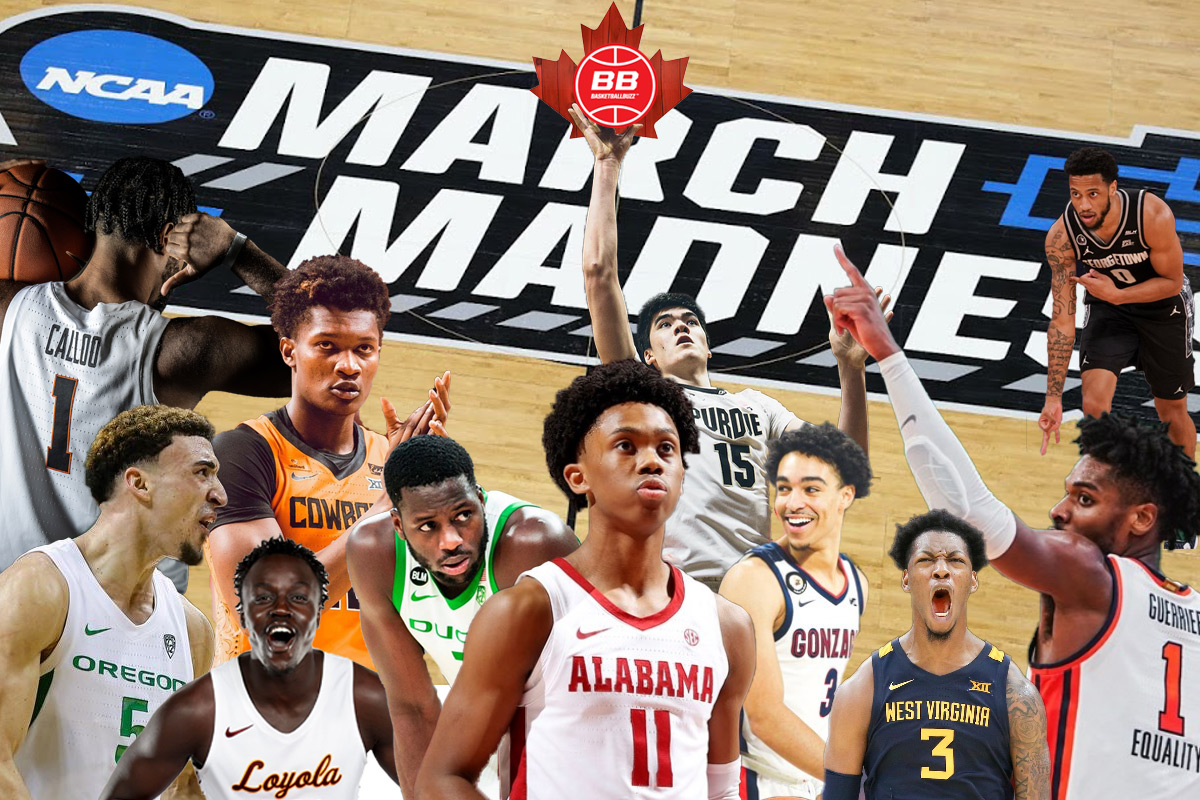 The field is set for the 2021 NCAA March Madness tournament.

An unprecedented 2020-21 NCAA basketball season that featured a record 160 Canadian men across the United States of America is now down to 25 Canadians battling for a chance at March Madness glory and that special one shinning moment.

Andrew Nembhard (Aurora, Ont.) and the Gonzaga Bulldogs were awarded the number one overall seed of the tournament, thanks to their undefeated 26-0 record. The Alabama Crimson Tide featuring two Canadian freshmen won the SEC, earning a number two-seed.

Jahvon Blair (Brampton, Ont.) and the Georgetown Hoyas return to the big dance for the first time in six years after claiming Big East supremacy. Blair has been one of the more consistent Canadian basketball players averaging 15.8 points, 3.8 rebounds, 3.7 assists in 24 games.

Overall, the 25 Canadians in the 2021 March Madness are spread out across 21 teams, representing 14 conferences. The Pac-12 leads the pack with four players, followed by the three Canadians playing in the Atlantic Coast Conference (ACC).

A late season push by sophomore Quincy Guerrier (Montreal, QC) and the Syracuse Orange provided a pathway for an eleven seed and a trip to Indianapolis. Guerrier, a potential NBA Draft pick averaged 14.4 points, 8.8 rebounds for the Orange in 25 games.

Building on the 31 NCAA March Madness tournament appearances, the Purdue Boilermakers and seven-foot-four Canadian freshman Zach Edey (Toronto, Ont.) will be a tough out for any of the remaining 68 teams. Edey has seen his role increase in the last ten games and could be the difference maker with his superior size and field goal efficiency.

Must Read:
Declaring For The Draft Ben Simmons Writes The Next Chapter In His Book Of Basketball

Matthew-Alexander Moncrieffe (Brampton, Ont.) and the Oklahoma State Cowboys came-up just shy of a Big 12 championship and are in prime position to advance in the Midwest bracket. Moncrieffe has been extremely productive for the Cowboys in his first year, contributing to one of the most improved teams in the nation with 9.2 points, 5.1 rebounds in 21 minutes.