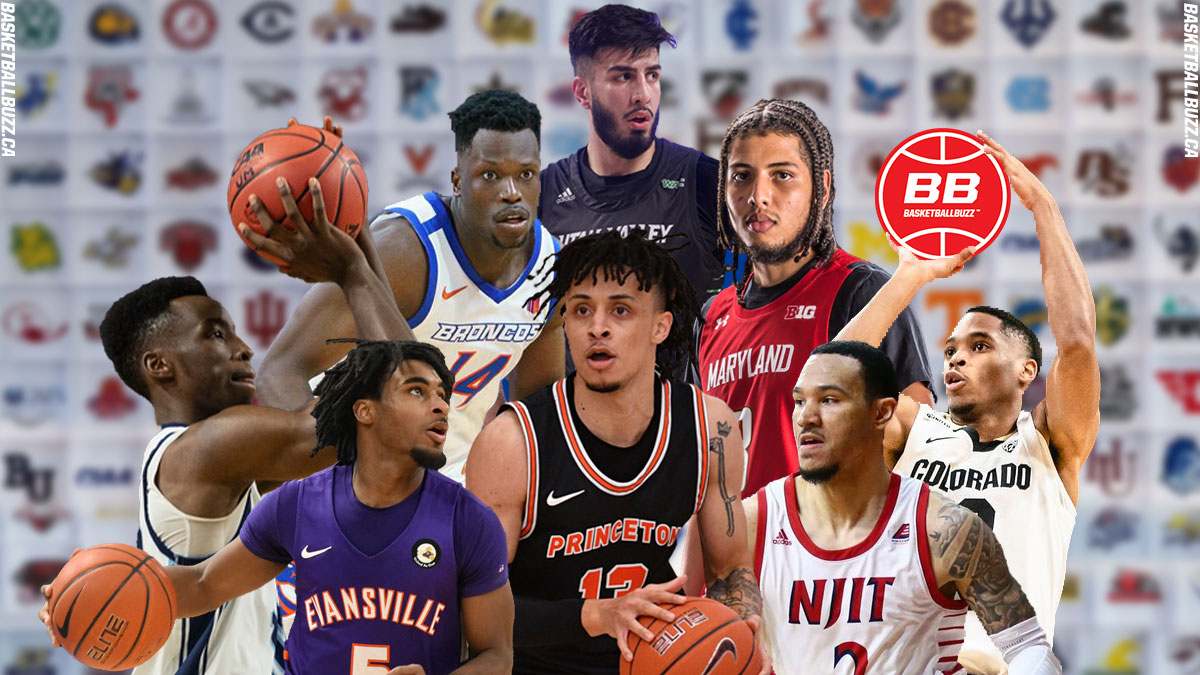 The decision to transfer to a different school used to weigh heavy on student-athletes minds and their families. Pledge allegiance to the wrong basketball coach or program and that would’ve cost you a transfer year on the pine due to outdated NCAA rules.

Of course all of that has changed, the new NCAA policy now allows undergraduate student athletes the opportunity to transfer to a different school once during their career without being penalized.

Since then, the NCAA basketball transfer portal has become an off-season recruiting playground and the great equalizer in college basketball. Helping bring parity to a league once dominated by high major programs who lured and stashed away top ranked recruits during active recruiting periods.

The ability for a player to transfer without sitting out a year gives the mid-major teams and coaches an opportunity to re-pitch best case scenarios based on current market conditions to snatch that recruit that previously got away.

Additionally, the transfer portal has also become increasingly important to U Sports basketball teams looking to beef-up their rosters with experienced NCAA D1 talent. Over the years, the Carleton Ravens have notoriously scoured the off-season portal for players that fit their championship pedigree.

In the first off-season since the policy change in 2021, a record 50-plus Canadian players flooded the NCAA basketball transfer portal. The majority found new teams within division one, a few signed pro contracts, others were forced to downgrade to U Sports, DII, JUCO and some walked way from the game completely.

Similar numbers are expected for 2022 as the season draws to a close with the completion of national championships and as players begin to mull over their options for the upcoming year.

Leading the charge, is one of the most improved players in college basketball. Six-foot-eleven forward Fardaws Aimaq (Richmond, BC) has entered his name into the transfer portal.

Must Read:
1-on-1: The rise of Maxime Boursiquot

Aimaq the top Canadian scorer and rebounder this season and the only one to average a double-double at 18.9 points and 13.6 rebounds is also expected to test the NBA Draft process for the second straight year.

The former Utah Valley forward increased his point total by five points from a year ago and expanded his game all the way out to the three-point line, knocking down 20-of-46, or 43.8% percent of his attempts.

An under recruited prospect out of high school, Amaiq is expected to have a long list of top NCAA and NBA teams lining-up for his services.

Coming off a successful senior season, Jaelin Llewellyn (Mississauga, Ont.) earned a first team All-Ivy League spot and nearly led the Princeton Tigers back into the NCAA tournament for the first time since 2017, losing out to rival Yale in the dying seconds of the conference title game.

As it turns out, those were the last minutes we will see of Llewellyn in the Ivy League. The 22-year-old is looking for a change of scenery for his final season and is arguably the biggest Canadian off-season backcourt target to date.

Llewellyn has received heavy interest from over 20 NCAA suitors including high major programs and such as Alabama, West Virginia, Arkansas, Oklahoma State, Ohio State and more.

Dylan O’ Hearn (Windsor, Ont.) scored a career-high 42 points in a double overtime, thrilling win over Lafeyette. The slasher was one of just 30 players out of 150-plus Canadians to score in double-figures during the season. According to reports, Pacific, Morehead State and Arkansas-Pine Bluff have expressed interest.

Sophomore Keeshawn Barthelemy (Montreal, Que) is coming off his best collegiate season thus far and is expected to attract quality offers in the transfer portal. Barthelemy, scored in double figures in 18 of the Buffaloes 33 games this past season, including a career-high 22 points against Maine.

Must Read:
Canada battles hard but falls to Serbia in 2020 Tokyo Olympics opener

Basketball can be a humbling experience. Rejections, setbacks and injuries are all part of the journey. Cashius McNeilly (Scarborough, Ont.), a former standout at Thornlea Secondary School, has signed with Danny Manning of the Maryland Terrapins. According to his Twitter account, McNeilly has now re-opened up is recruiting process.

McNeilly, originally committed to the Texas A&M Aggies in 2019 as a redshirt freshman. The six-foot-guard opted not to play the 2020 season due to COVID.

In 2021, McNeilly, decided to follow his father Jamie to Texas Christian University (TCU), where he became an assistant coach. From there, he abruptly left the program and enrolled at Northern Oklahoma, playing ten games at the junior college level.

Emmanuel Akot (Winnipeg, MB) has entered the transfer portal for the second-time in his NCAA career. The former Arizona Wildcats recruit (2017-19), was a key cog in Boise State’s run to the NCAA tournament. The six-foot-eight combo guard displayed flashes of brilliance, recording two of his three 20-point outings against the Nevada Wolfpack.

Follow all the transfer portal action and stayed connected to all the off-season activity as more players analyze their options and announce their new respective teams.