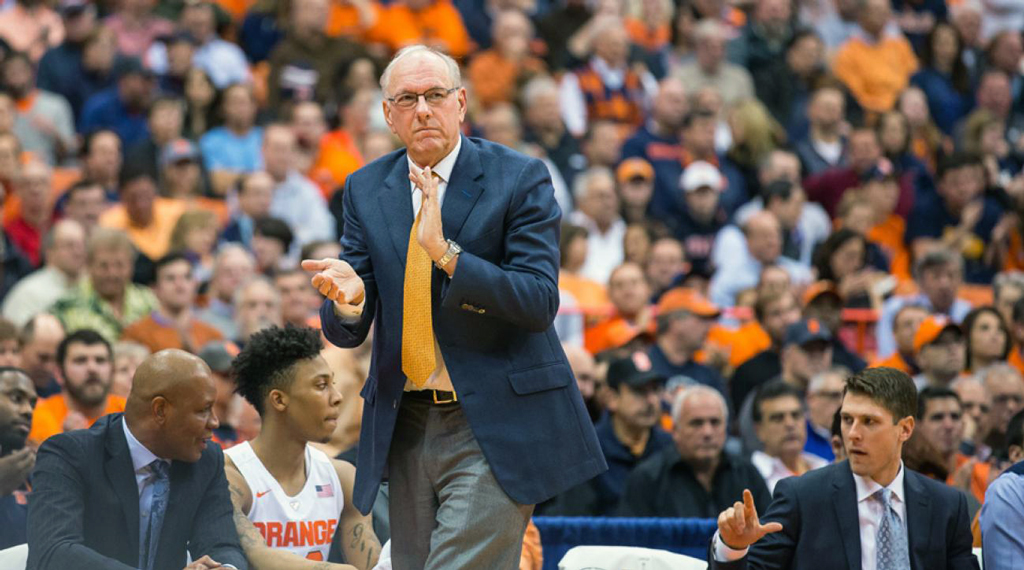 Carleton Ravens And Syracuse Orange Set To Tangle Once Again

Defending champions Carleton University Ravens will once again tangle with the Syracuse Orange in a marquee match-up between U Sports and NCAA powerhouses.

The Ravens will make their second trip to the Carrier Dome on Tuesday, October 29, 2019 to wrap-up another jammed-packed 2019-2020 exhibition schedule.

The 2019-2020 will mark the debut season for new Ravens head coach Taffe Charles who takes over for Dave Smart who surprised the entire college basketball landscape by announcing his sudden retirement.

Montreal’s freshman Quincy Guerrier alongside junior point guard Howard Washington (Buffalo/NY) are the latest Canadian’s to suite-up for legendary player, turned hall-of-hame coach Jim Boeheim, who has been at the helm since 1976.

Boeheim is the king of getting Canadians in the NBA — having single-handily responsible for overseeing the growth of Leo Rautins, Kris Joseph, Tyler Ennis, Andy Rautins, and now Oshae Brissett and if it all pans out — potentially Guerrier as well.

Under the guidance of their own legendary hall-of-fame coach Dave Smart the Ravens played a Canadian record 59 games against NCAA teams – earning a more than respectable 41-51 record from 1999-2018.

The Ravens boasted an unreal and never to be broken 37-24 winning record against NCAA teams on Canadian soil but mustered-up only one victory in the USA — beating Providence 77-67 in October 28, 2017.