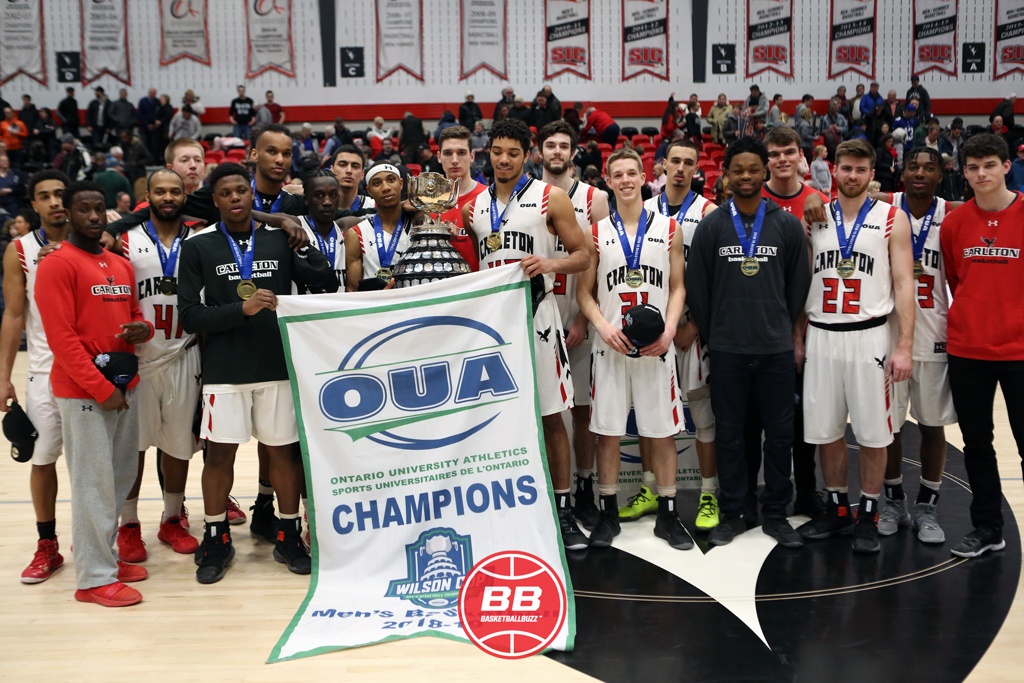 The road to Ontario University Basketball supremacy has been firmly cemented through the Carleton University Ravens.

Recently, the Ryerson Rams have threaten to end the Ravens dominance, earning the first non Carleton Ravens’ back-to-back (2016, 2017) conference titles since Joe Raso and the McMaster Marauders pulled it off in 1996 and 1997. Furthermore, despite the Ravens dominance of the Rams, they have managed to beat Carleton and win meaningfully games in March.

Ryerson, playing in their fourth straight Ontario University Association (OUA) conference championship game — a feat that not even the Ravens have accomplished, were looking for their third conference title in four years, having cut down the mesh at the Ravens’ Nest to win their second straight conference banner two years ago.

Add to the fact that Ryerson ended the Ravens hopes of a perfect season, pulling off a 78-74 road win less than five weeks ago and we once again had the ingredients for another great game.

“Coming into game we put a lot of focus in practice on limiting their key players and making it tough for them.” discussed Ravens’ point guard Yasiin Joseph after the Ravens executed their game-plan to perfection, beating the Ryerson Rams 81-61 to reclaiming Wilson Cup supremacy with their second straight conference title.

Carleton ripped off 12-0 run and held the Rams scoreless for over four minutes to grab 25-18 lead after one quarter. Ravens starting back-court of Yasiin Joseph (20 points, 6 rebounds, 4 assists) and Munis Tutu (16 points, 6 assists, 2 rebounds) both played outstanding, controlling the offense and were great on the boards.

Must Read:
UBC men take U Sports bronze in blowout over Western

“Ryerson is a tough team and you have to be prepared. We made some adjustments from the previous game that helped us come on top.” Also commented Tutu, a Windsor, Ontario native who is looking for his first national title with the Ravens after falling short to the Rams in the national semi-final game.

Now three games away from potentially tasting national glory, Tutu understands the importance of staying focused and trusting the plan. “It’s going to be difficult, we are going to put in a tough week of practice, and prepare for our next opponent and try to bring the championship back to Ottawa.”

Eddie Ekiyor continued his All-Canadian campaign with 16 points and 6 rebounds in 22 minutes. TJ Lall returned from his one game suspension and almost had a perfect game with 10 points, 7 rebounds on 5-of-6 shooting.

Both teams shot poorly from the three-point line going a combined 8-of-49 (16%). Carleton limited the Rams offense to just seven assists and had fairly comfortable +17 (43-26) advantage on the glass.

6’11” Tanor Ngom continued to showcase his upside leading Ryerson in scoring with 15 points and four rebounds including a few exciting dunks for the standing room only, capacity crowd. JV Mukama was largely held in check and finished with 12 points and 8 rebounds including 0-7 from three-point shooting. Myles Charvis started off hot, but cooled down considerably, scoring 8 of his 10 points in the first quarter in 34 minutes.

The only years the Ravens have failed to win the national title as conference champions were in 2008 when they lost to the Acadia Axemen, 2010 against Saskatchewan and recently against Ryerson in 2018.

Must Read:
Joe Raso era comes to an end after 18 years, McMaster looking for a new coach

The Ravens are now the odds on favorites to earn the top seed at next weeks Final 8 National Championships in Halifax, Nova Scotia — a place where they have won 8 of their record 13 national titles.