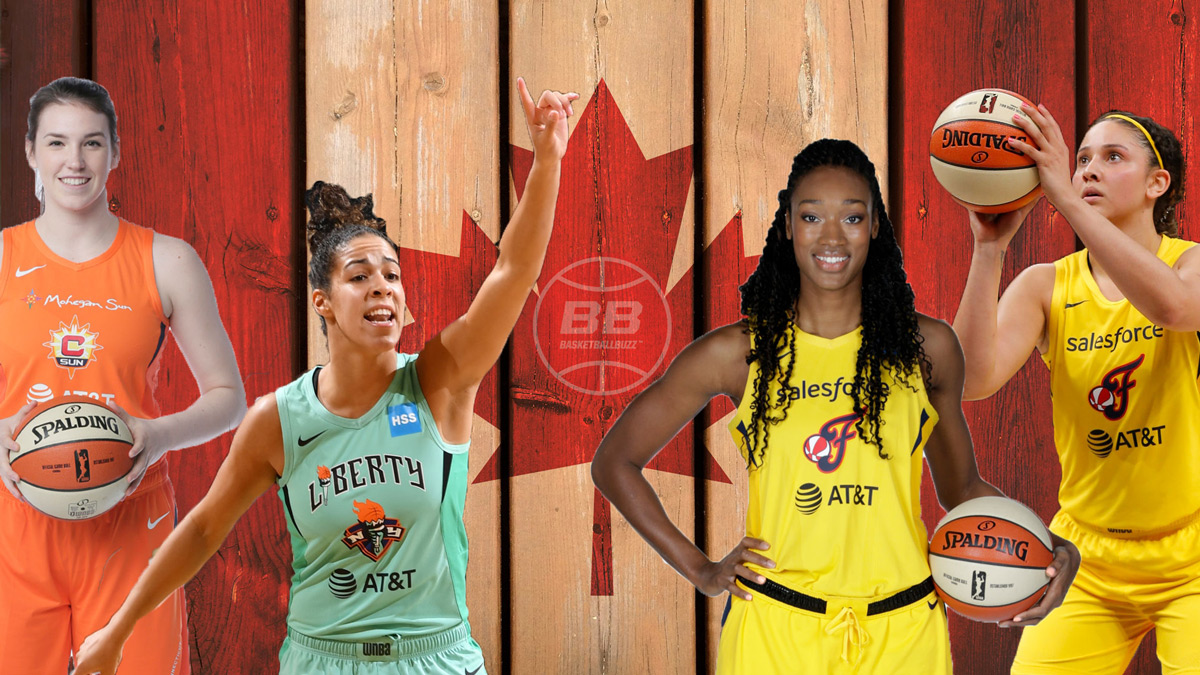 WNBA basketball is on its way back.

The league and players association have reportedly agreed on a plan to play a truncated 22-game regular season starting in late July.

All games would be played at IMG Academy in Bradenton, Fla., though as of Monday the league was still finalizing that partnership.

If the plan goes ahead, a conventional playoff format will follow, with single-elimination games for the first and second rounds and five-game series for the semifinals and WNBA Finals, according to ESPN.

So, what Canadian storylines should you watch for? Start right here.

By all accounts, Ionescu is a superstar-in-waiting.

After a phenomenal, record-breaking college career at Oregon, the five-foot-11 point guard went No. 1 overall in the WNBA draft to the New York Liberty.

In New York, she’ll join forces with Kia Nurse (Hamilton, Ont.), the face of Canadian women’s basketball and a superstar in her own right.

Nurse is coming off an Australian league championship and MVP run and history-making endorsement deal with Jordan Brand. She’ll also guide Team Canada at the Olympics in Tokyo next year.

Ionescu stuffed stat sheets at Oregon, with 17.5 points, 9.1 assists and 8.6 rebounds assists per game in her senior season. She’ll likely struggle to grab as many boards in the pros, but her shooting and playmaking ability should translate well.

Nurse is coming off her first WNBA All-Star appearance and was the team’s second-leading scorer behind Tina Charles, who was traded to the Washington Mystics in a three-team deal in April.

Together, she and Ionescu could be a formidable backcourt as the Liberty try to climb into the playoffs for the first time since 2017. Last season the club won just 10 of 34 regular-season games and finished second-to-last in league standings.

All eyes will be on Ionescu this season; expectations are remarkably high. Look for Nurse to provide a steady hand, continue making big shots, and embracing her role as a second-level star.

In five seasons with the Indiana Fever, Achonwa (Guelph, Ont.) has been a steady contributor, with a breakout season in 2018 that saw her scoring average jump three points to 10.3 ppg.

She also led the Fever in rebounding (6.9 rpg) that season and had six double-doubles.

Achonwa, a two-time Olympian with Team Canada, is one of 10 players returning to an Indiana team that finished eighth in league standings last season, two games out of a playoff spot.

Last season Achonwa was part of a balanced attack — guard Kelsey Mitchell was the team’s leading scorer with just 13.6 ppg and several other players hovering around 10 ppg.

The Fever also lacked depth in the post, but that may change with the arrival of forward Lauren Cox, the No. 3 overall pick, a three-time All-American and NCAA National Player of the Year finalist at Baylor.

If Achonwa can continue producing at her current clip — roughly nine points and five rebounds per game — and if Cox adjusts well to the pro game in the unique, cloistered environment of the Florida bubble, it may be enough to launch Indiana into the postseason.

3. Can Bridget Carleton bounce back?

After a solid college career at Iowa State — she was a second-team All-American and won the 2019 Cheryl Miller Award for best small forward in the NCAA — Carleton struggled to find her footing as a rookie with the NBA’s Connecticut Sun.

The six-foot-one guard/forward from Chatham, Ont., played in just eight games before the Sun waived her in July 2019. She moved to the Minnesota Lynx on a seven-day contract and played well enough to sign with the Lynx for the rest of the season.

Adjusting to the WNBA will be an uphill climb, but Carleton is one of seven returning players from a Lynx team that bowed out in the first round of the 2019 playoffs.

With a year of experience under her belt, Carleton will adjust as well as she can to the pros, albeit likely as a role player.

Alexander, a six-foot-four centre from Milton, Ont., has struggled to get buckets in the WNBA, where she competes with the likes of Brittney Griner (six-foot-nine, 205 pounds) for shots and rebounds.

That’s a stark contrast to her college career at Syracuse, where she graduated as the program’s all-time leading scorer.

San Antonio (now Las Vegas) drafted her eighth overall in 2013 but she played limited minutes over five seasons in Texas, peaking with eight points per game in 2016.

Alexander was traded to Indiana in 2018 and then signed with the Chicago Sky last season while battling injuries. Her size, length and offensive efficiency could be an asset this season for the Minnesota Lynx.

5. Will we eventually see a WNBA team in Toronto?

There were rumblings last year about the possibility of a Canadian expansion franchise, but so far that highly questionable bid has come to nothing.

A Canadian franchise would go a long way to growing the women’s game here, much like the Raptors have for both men and women across the country.

Toronto fans could likely fill a WNBA-sized venue, though issues like payroll and travel complicate the situation.

And the truth is, the league is likely more concerned about its short-term viability than anything else. In 2018, the WNBA was projected to lose at least $12 million, and some estimates were much higher.

Canada loves basketball, and basketball — to some degree, at least — loves Canada in return.

It’s unlikely we’ll see a WNBA franchise here anytime soon, but it’s something to dream about and work toward.