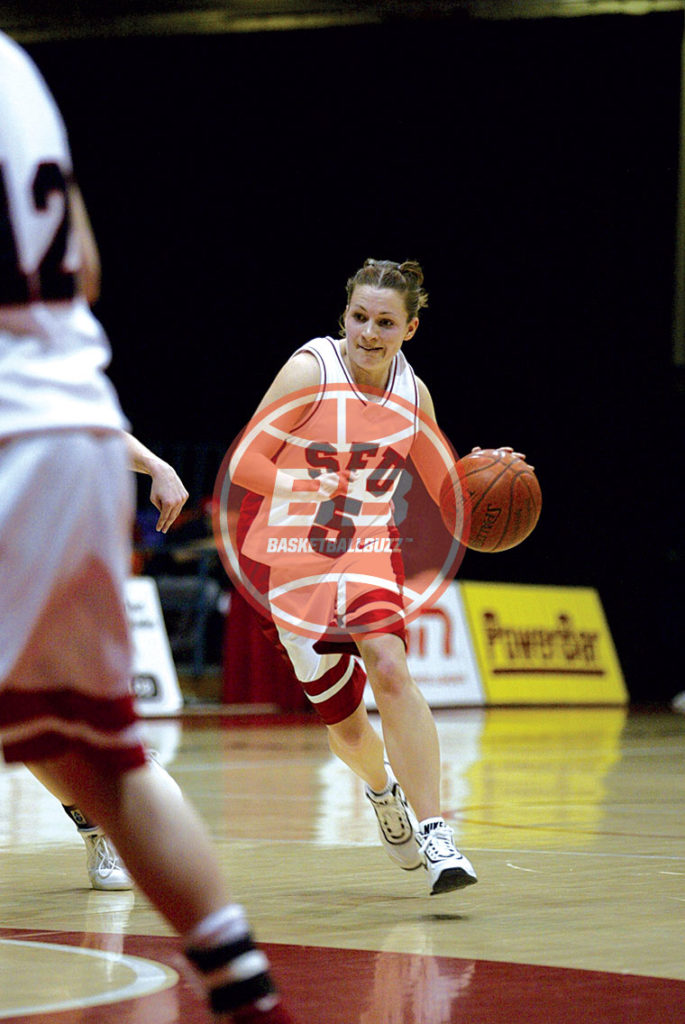 Dani Langford The Engine The Clutch Credentials Basketballbuzz Magazine 2006
Attention future female point guards: Simon Fraser’s Dani Langford is the ultimate role model. With two championships, one nicely tucked under each arm, the graduating All-Canadian captain from Abbotsford, British Columbia sets the standard for team leadership. The Psychology/Kinesiology fifth-year student retired from the CIS after the SFU Clan ran a perfect season of 20-0 including the national championship with a 70-60 win over Winnipeg in the CIS final. After beginning this past year with back-to-back exhibition losses against US Division 1 Texas University, the Clan never lost another game, running a record of 38-2. When a team goes unbeaten for nearly six months of the season, the floor leader and team captain must be at the focal point of the team’s success. Langford is […]