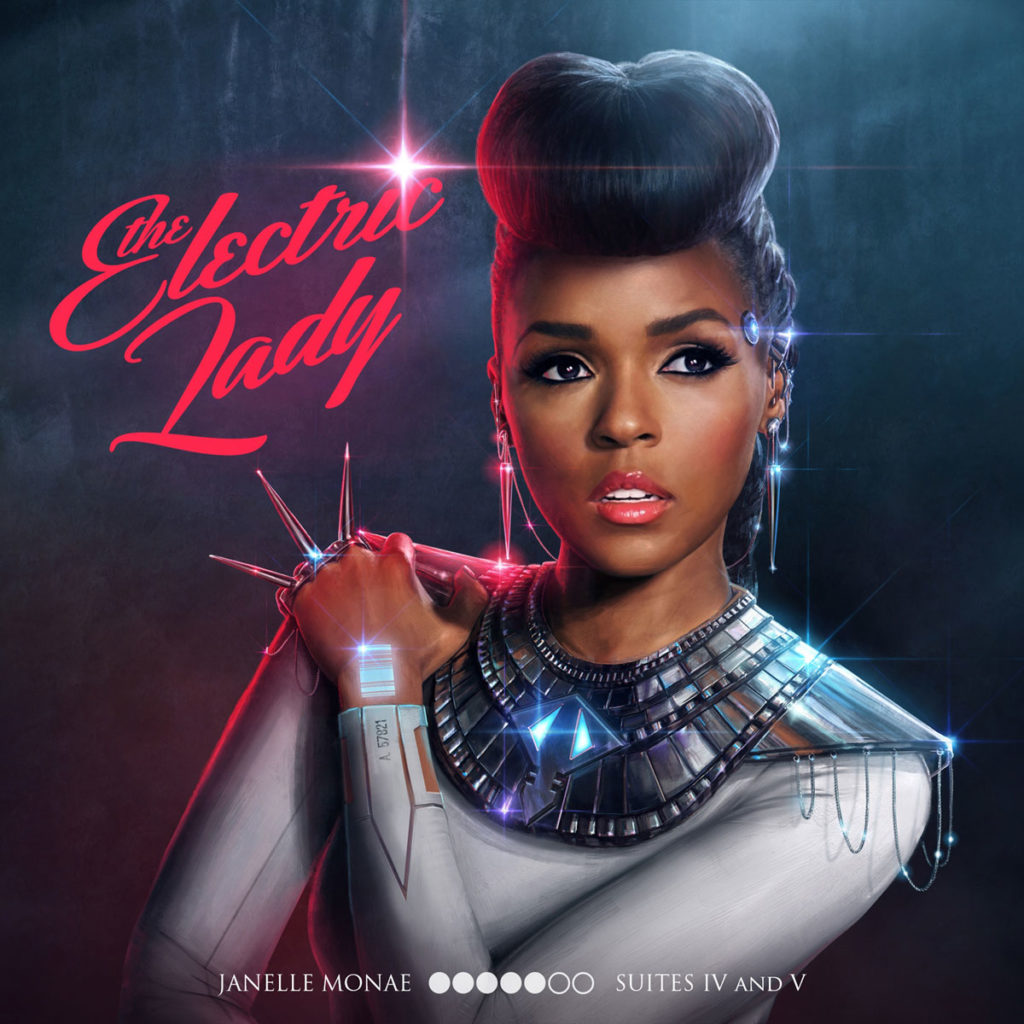 The anticipation for Janelle Monae’s second studio album, The Electric Lady, was almost unbearable. For those of you who don’t know, this new album is actually the 4th & 5th installment of Janelle’s Metropolis concept series, which she began with her debut Metropolis: Suite I (2007). With this context in mind, it’s easier to understand her obsession with cyborgs. I’ve been a fan of Janelle’s concept since the beginning and The Electric Lady is no exception. Everything from the artwork to the short films, to her collaborations, falls perfectly in line with her message that she executes exquisitely. The musicality of this album is powerful and cinematic, bringing you the essence of each genre she explored, whether it be that rock soul in ‘Give Em What That Love’ (Ft. Prince) or the pop-punk vibe in ‘Dance Apocalyptic’. She has a great team of musicians working behind her. However, the large array of genres on this one album is its only downfall. While it may fall in line with her concept, I found it distracting to go from Rock to Jazz to Gospel and back. As a listener, I like to be able to put an album on and know what kind of vibe I’m in for but with this album, you’re on your toes the whole time. This may be Janelle’s conscious decision though; it’s clear that one of her primary mandates is to stimulate our mind while appealing to our ears and eyes.

In this article:Electric Lady, Janelle Monae