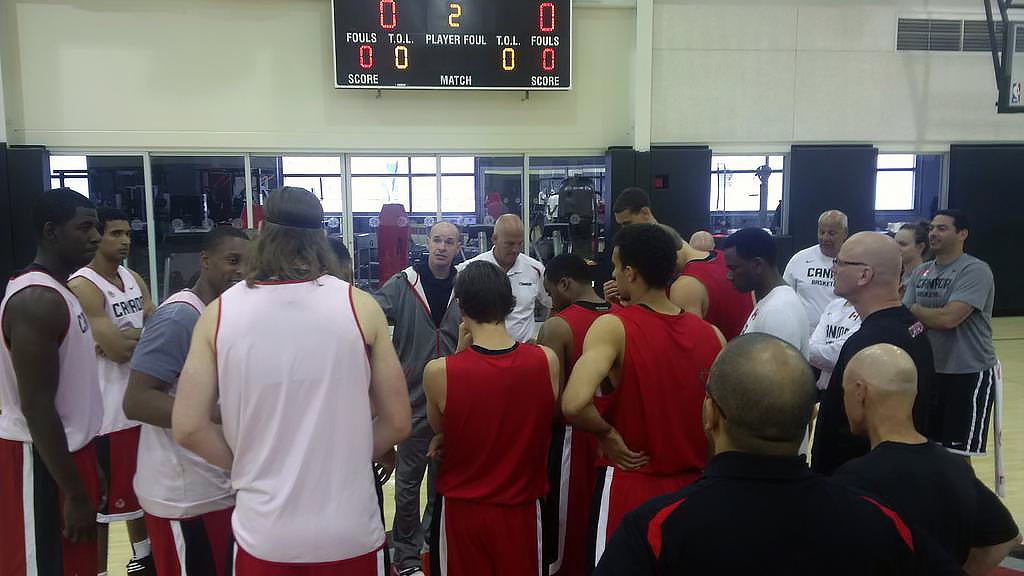 There’s is no doubt Canada Basketball has come a long way from the days of players not wanting to rock the Red and White to having improved it’s communication, web and media strategy to win loyal fans and media like and help raise the excitement and profile of their National teams. Over the past few months many Canadian basketball fans have been salivating over the announcement of the Senior Men’s National Team that would assemble in Toronto for their 2014 training camp which would lead-up to an 11-game European tour starting July 24, 2014

And by the looks of it, many fans, where left to social media to try and piece together who was present at Training camp.

I reached out to Canada basketball via twitter to find out if there was an official or temporary roster release and the answer I got didn’t make sense at all, in fact, it left me more perplexed and wondering why something like this can still happen in 2014.

Canada Basketball @CanBball
Not today. We will issue a roster release prior to the European games. The first game is July 24.

Alright, a bit odd! Shouldn’t their be training camp roster and then an official roster for European series?

It’s not like we see USA Basketball or other FIBA organizations committing these same mistakes? In fact Team USA released their roster on July 14, well ahead of their training camp for the 2014 FIBA World Cup.

Now, I understand that putting together a national team roster is more than just releasing a press release, specially since 90/100% of the team will eventually feature NBA talent, bringing in a new wave of problems for an organization which historically has struggled to come-up with the necessary insurance money to make NBA GM’s feel comfortable about releasing their players for FIBA Summer competitions.

Add to the fact that several Canadians are still battling it out at the 2014 NBA Summer League (Melvin Ejim, Jordan Jordan Bachynski), plus a rather meaningless summer due to Canada failing to qualify for the 2014 FIBA World Championships and you have a lot more uncertainty than usual.

Based on the non-news and lack of details including the whole Kevin Love for Andrew Wiggins trade rumors and it would be a surprise if we see Andrew Wiggins and Anthony Bennett make their Senior Men’s National Team debuts.  As for Nick Stauskas and Tyler Ennis it will also be tough to gauge but, I wouldn’t count on it. What about Tristan Thompson (Cleveland Cavaliers) and Robert Sacre (Lakers)?

If the goal of the upcoming European tour is to gain international experience and gel together as a unit, then why not start sooner than later by having all the best pieces together as one at training camp.

If the roster is not finalized, as we all expected and knew, why not simply put out a release with the committed players and let everybody know that changes will be made once things are a bit more clear? Regardless, it really shouldn’t have to resort to media scrambling across social channels to find out who is playing for the Canadian Senior Men’s National Team or not.

Below is a unofficial list of players that are/were currently present at the first practice based on photos released by Canada Basketball and several others across social media.