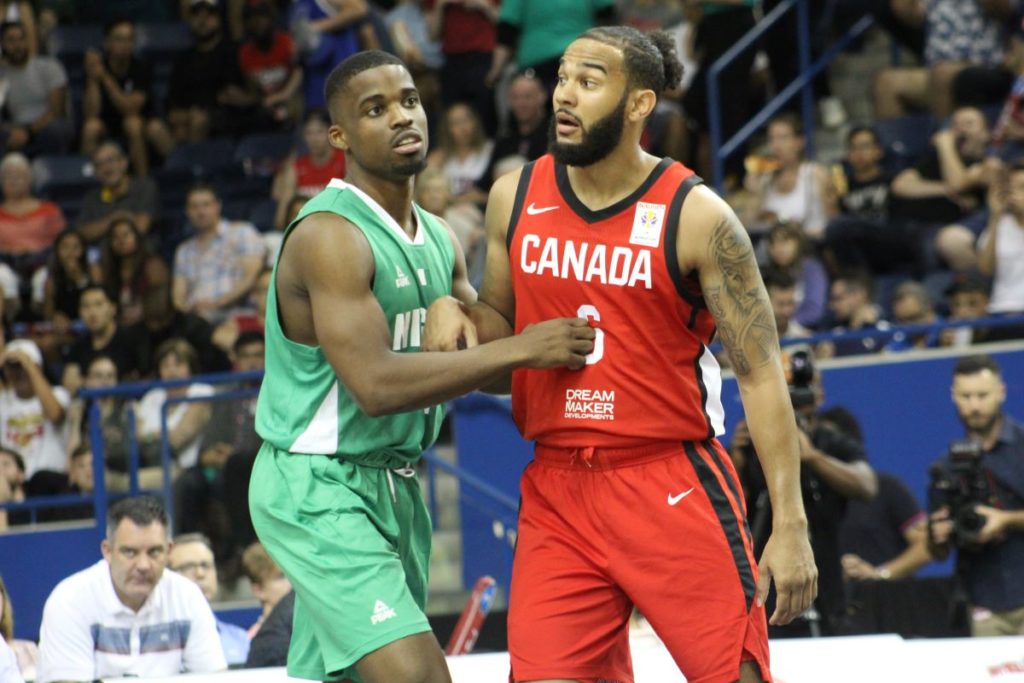 Head Coach Nick Nurse was successful in his debut — guiding Canada to the victory despite only three practices and nearly reaching the century mark against the best current African basketball nation.

Montreal’s Khem Birch was a force to be reckoned with — scoring 14 of Canada’s 30 points in the paint to lead four Canadians in double digits. The Orlando Magic forward added 4 rebounds and 3 steals. Birch dominated a physical and athletic Nigerian team by shooting 6-for-8 from the floor while playing a team-high 24 minutes including several highlight dunks.

Kyle Witjer continued were he left-off in the FIBA qualification rounds with 14 points, 4 rebounds and 3 assists on 4-of-9 three-pointers. Burlington, Ontario’s Brady Heslip also knocked 4-of-5 triples and finished with 12 points and 3 assists.

Melvin Ejim showcased his all-round game to the capacity crowd with 11 points and four rebounds in just 17 minutes.

Cory Joseph orchestrated the Canadian offense with game-high 9 assists to go along with 6 points and 6 rebounds.

Canada’s offense racked up 28 assists against a reasonable 14 turnovers.

From our view and angle – It did not look good, and Canadian fans should definitely brace themselves for no Olynyk moving forward. It appeared that Olynyk slipped on wet spot and landed awkwardly on his right knee. The Miami Heat forward and veteran Canadian player attempted to get back on his feet via some help from Nigerian forward Al-Farouq Aminu but immediately went down wincing in pain. Olynyk did manage to eventually get back-up and had brief conversation with Cory Joseph — but immediately went to the locker under his own power.

Despite being unable to participate, both Jamal Murray and RJ Barrett sat courtside next to the Canadian bench. Both players were expected to play for Canada but unfortunately were forced to sit out due to nagging injuries.