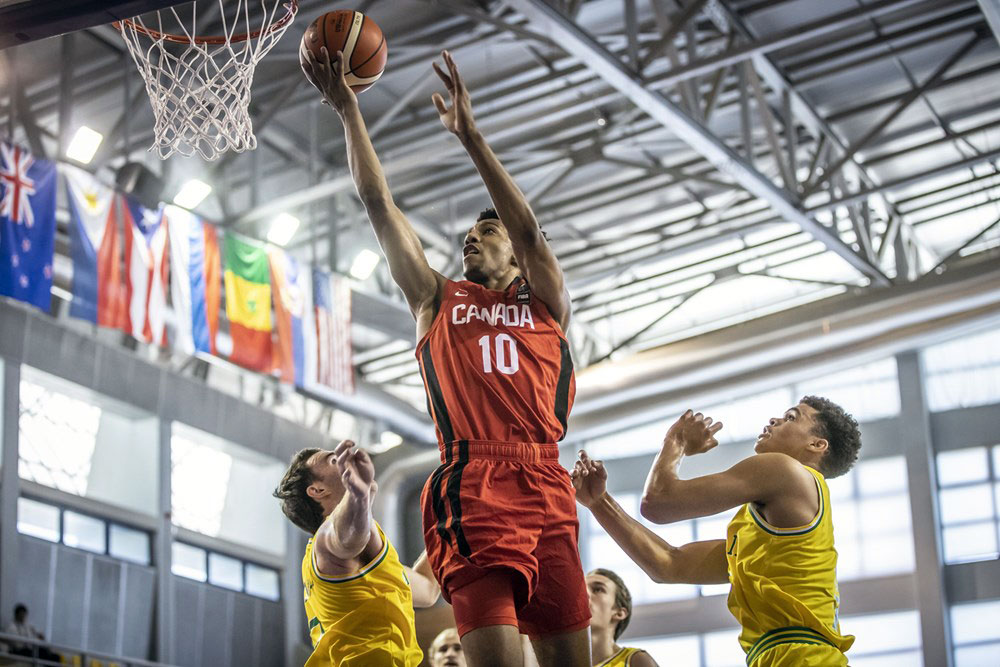 Defending world champions Canada kicked off their title defense with a 81-76 win over Australia at the 2019 FIBA U19 World Cup in Crete, Greece.

Australia raced out to a quick 7-2 with advantage before Canada found their rhythm and limited the Aussies to just six points in the last seven minutes of the quarter to pull in front 20-13 as Montreal’s Tyrese Samuel splashed home a triple to the sound of the first-quarter buzzer.

The Montreal connection continued in the second-quarter as combo guard Karim Mane took over the game scoring 12 of his game-high 23 points to give Canada a 46-36 edge at half-time. Mane added 5 rebounds and two assists on 7-of-16 shooting and 5-of-9 from outside the arc.

Australia knocked down five triples in the third-quarter to turn a 10-point half-time deficit into a 58-58 tie game at the end of the 3rd quarter. The Aussies took their second lead of the game by scoring the first points of the final quarter as both teams fought hard down the stretch for a much needed victory that will surely determine first-place in the Group B.

AJ Lawson knocked down three of his five three-pointers in the fourth-quarter including two back-to-back crucial shots — scoring 12 of his 23 points in the decisive framer. The South Carolina Gamecocks sophomore also finished with a team-high 8 rebounds and added 4 assists.

The victory over Australia marks the third straight time the second FIBA-ranked Canadians have defeated the 10th ranked team in world — with two wins coming at the 2015 U19 World Championships. Australia had beaten Canada four straight times at the U19 level dating back to 1983 and wins in 1987, 2007 and 2009.