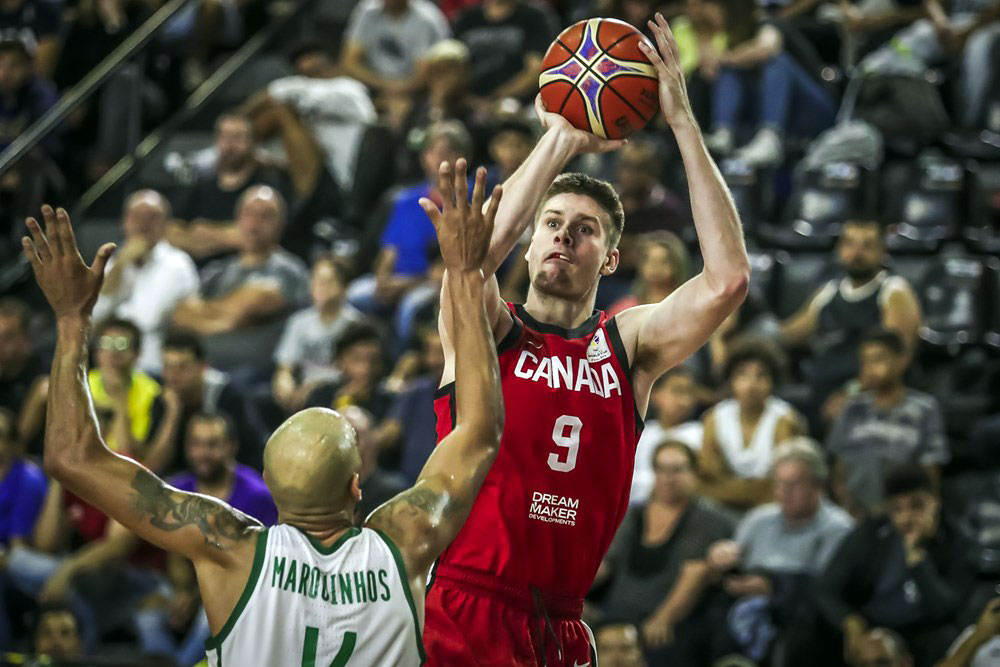 With less 72 hours before their opening game, Canada was forced to dig deep in their roster of players — bringing in Morgan to replace Oshae Brissett — who didn’t travel from Australia to China due to a severe and unexpected knee injury.

A five year standout with the UBC Thunderbirds, he racked up two U Sports First-Team All-Canadian awards in 2016-17 and 2017-18, averaging 23.9 points and 9.7 rebounds per game in his last university campaign.

The Canadian national was signed to Zerofees Southland Sharks (New Zealand) for the 2017-18 season where averaged 15.6 points and 6.5 rebounds per game in 18 starts. The 2018-19 campaign saw Morgan join Divina Seguros Joventut of the Spanish ACB league averaging 6.6 and 2.8 rebounds.

Canada’s roster currently stands at 14 with the addition of Morgan and the subtraction of Brissett. It will be interesting to see how head coach Nick Nurse and his staff decide to play it and cut roster down to 12.

Canada is heavy on guards and one can expect that Duane Notice will be amongst one of the cuts. The last decision will ultimately come down to another guard spot – between Aaron Best, Kaza-Kajami Keane, Andrew Nembhard or Brady Heslip.

Aaron Best is the best defender of the remaining guards, provides similar attributes as to what Canada would’ve gotten with Brissett on the wing. Both Kajami Keane and Nembhard have done enough to warrant serious consideration.

Nembhard is expected to be a NBA point in the near future and earning a spot at the 2019 World Cup would be a huge plus for his development as he also represents the future for Canada at the point guard position.

Kajami-Keane has provided a solid spark off the bench with consistent three-point shooting as well as running the offense. Heslip on the other hand is undeniable the best three-pointer of the bunch and has been a stalwart with the national side.

Canada is expected to announce its final 12-men roster in the next 48 hours and will take on Australia in their opening game of the tournament.