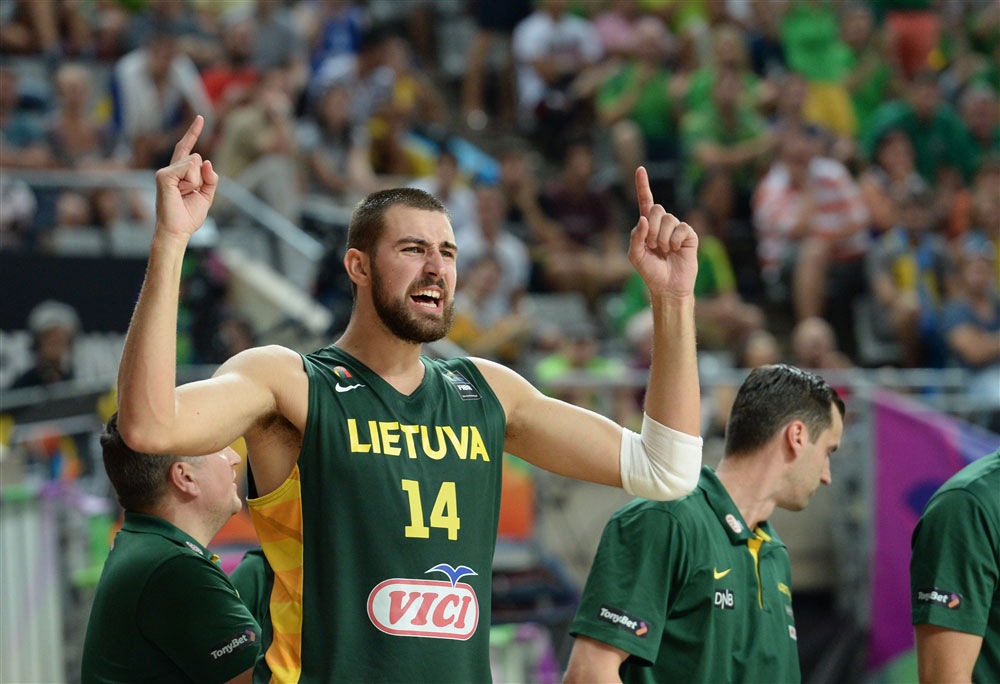 Jonas Valanciunas came into the 2014 FIBA World Cup of Basketball with a long history of representing and earning medals for his home country Lithuania. The 22-year Toronto Raptors forward made his debut for Lietuva way back in 2007 at the U16 European Championships has change to become the most decorated and basketball player in his nation, surpassing greats Arvydas Sabonis (Portland Trail Blazers), Zydrunas Ilgauskas (Cleveland cavaliers) and Sarunas Jasikevicius who played in record four Olympic games for his home country.

Valanciunas was once again a wrecking force inside for Lithuania averaging a team best 14.4 points and 8.4 rebounds per game while  leading Lithuania to a fourth-place finish, losing to the eventual champions United States in the semi-final and dropping a buzzer beating decision to France in the bronze medal game. Valanciunas poured in a game-high 25 points and 9 rebounds against the french, coming short of his fourth-double of the tournament.

Lithuania finished the 2014 FIBA World Cup with a solid record of (6-3) In nine tough contests and will continued to be a dominate force for years to come with Valanciunas anchoring the middle for Lietuva.