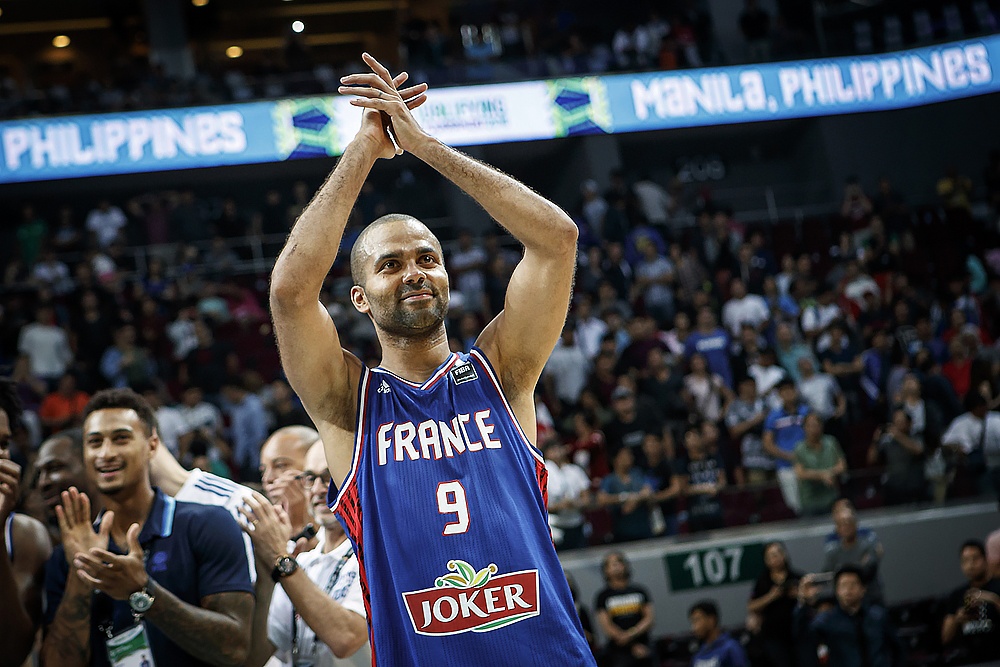 In a game where Canada hung in with France until the final minutes, France’s NBA vets stepped up with big buckets at key moments to send their team to Rio with a 83-74 win.

Canada again was led by Cory Joseph, who had 10 first quarter points that helped give the team a much needed jolt of confidence against the far more experienced French.
They used that experience to pick apart Canada early, scoring 30 first quarter points on 68 percent shooting. The Canadians got back to their defensive ways in the 2nd though, giving up only 6 points until Boris Diaw hit a big 3 at the end of the quarter to break a 36-36 tie.

That big shot was part of a 12-2 France run over halftime, a lead they wouldn’t relinquish from there.

While Canada shot better from 3 this game, they were still only 3 of 15 outside of Melvin Ejim who hit all four of his attempts. Ejim finished with 19 points, a beneficiary of the extra attention France gave Tristan Thompson who was limited to just 8 on 6 shot attempts.

France’s guards carved up the Canadian defense all day, with Parker and former Raptor Nando De Colo scoring 48 of France’s 83 on just 26 shots. Parker did his best to take advantage of mismatches against the likes of Thompson, Ejim and Bennett in the 2nd half. However, he also made the big plays late to close the game against Ennis and Joseph.

Canada continued to fight throughout the 2nd half, as France looked poised to pull away at times. With just over 3 minutes left, Canada cut the lead to just 3 but Parker’s assault continued from there and Canada couldn’t match it.

Coach Triano reflected after the game on his team’s tireless efforts both in Manila and in their warmup games that included a win against Rio-bound Croatia:

“I’m very proud of the way we fought, not just this game, but all tournament and throughout the summer….I appreciate the sacrifices that our players made. It was unfortunate that we couldn’t get a win and have these guys rewarded with becoming Olympians.”

While Joseph and Ennis did combine for 10 of Canada’s 21 turnovers, it was the team’s lack of shooting that ultimately cost them once again. Aside from the consistent trio of Thompson, Ejim and Joseph, Canada has struggled each of the 4 games to find another scorer they could count on from start to finish. Despite flashes of good play from the Scrubb brothers in an attempt to make up for the disappearance of Brady Heslip, they ultimately couldn’t put together a consistent shooting effort in Manila.

Canada also had to play the unofficial role of “road team” in their last 3 games, as the crowd noticeably got behind the underdogs from New Zealand and Senegal at key moments. The local fans’ admiration for Tony Parker meant that France was their choice to cheer for on this night despite Canada being the underdog. The support was noted by French coach Vincent Collet after the game.

Canada will now have to wait 3 years until their next meaningful international competition at the basketball world cup, as FIBA reshuffles its competition schedule. They’ll have to wait until Tokyo in 2020 to break what will be a two decade Olympic drought.