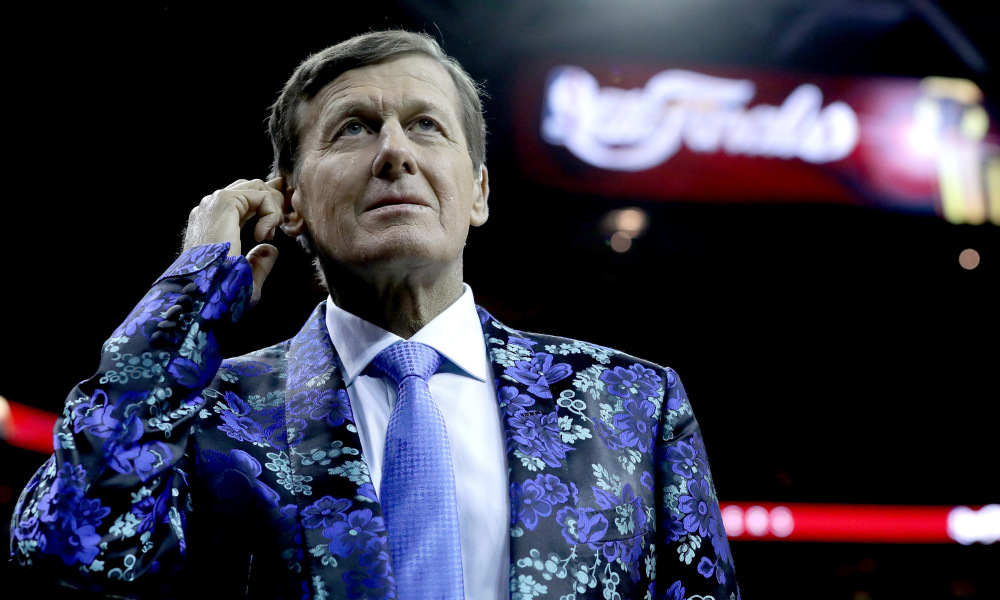 2016 has almost drawn it’s cruel curtain. But after losing the late, legendary likes of entertainers such as David Bowie, Prince and Ali (for tragic starters amongst countless others), right before Christmas we have to say goodbye to another great man just as colourful…and we aren’t just talking about the style icons classic suit collection.

The legendary sideline reporter and iconic benchmark of broadcast journalism now joins the spirits of the voice Chick Hearn, the pen Jim Murray and the court contemporary and fellow special ESPY, stirring speech winner Stuart Scott, taken too soon in the hoop heavens. After kicking cancers ass for years like the presenter we lost last year that was cooler than the other side of the pillow, back to Sages the man that was slicker than the other side of Liberace’s wardrobe has passed at the age of 65 after fighting acute myeloid leukemia.

Our condolences and prayers are with Craig Sager’s family and friends during this tragic, trying time. And we respect their privacy.

But instead of mourning lets celebrate the life lived in technicolor for a man who probably won’t have a single black suit at his wake as he rests in his best with his mic by his side.

Just like when every broadcaster wore a signature Sager style suit in solidarity tribute one night this year, an immeasurable number of personal testaments on all platforms have come from peers he’s worked with and players he’s held the microphone to for this beloved interviewer. From everything you’re liking on Instagram to Dwyane Wade’s tribute video to his close friend. We see you Flash…but we both know who really is.

The amount of beautiful words being dedicated to this great man we knew we were losing, but were never ready for could write articles in themselves. But for the genuine, gracious spirit that always let others speak first and foremost, we only wish it was time to turn the microphone to him. As we’d ask him if he even knew how much he meant to us.

He probably wouldn’t have it any other way.

The man that made the ugly suit beautiful and his will probably be trading style tips with Ziggy Stardust up there as the artist that will always be known as Prince will try to take a purple suit from this button up kings dress code rack. But he’ll for sure be donning his finest attire as he finally gets to interview the greatest with inspiration Howard Cossell looking on with pride like King James and all the Cavalier men and Golden State Dubs who got to see this true warrior work one last Finals after more than 30 terrific years with Turner and TNT in his explosive blazers.

This maverick man that ran the sidelines from Dallas to Hollywood that he made so superstar sharp steps out in style. His wardrobe itself belongs in the Hall Of Fame and as he signs off one last time his microphone will stand with him there too.

“Time is something that cannot be bought. It cannot be wagered with God. And it is not an endless supply. Time is simply how you live your life”-Craig Sager (1951-2016).

Sketchier than a criminal artists depiction and with more second chances than repeat offenders, the Bulls saved themselves from a slaughter at their own...