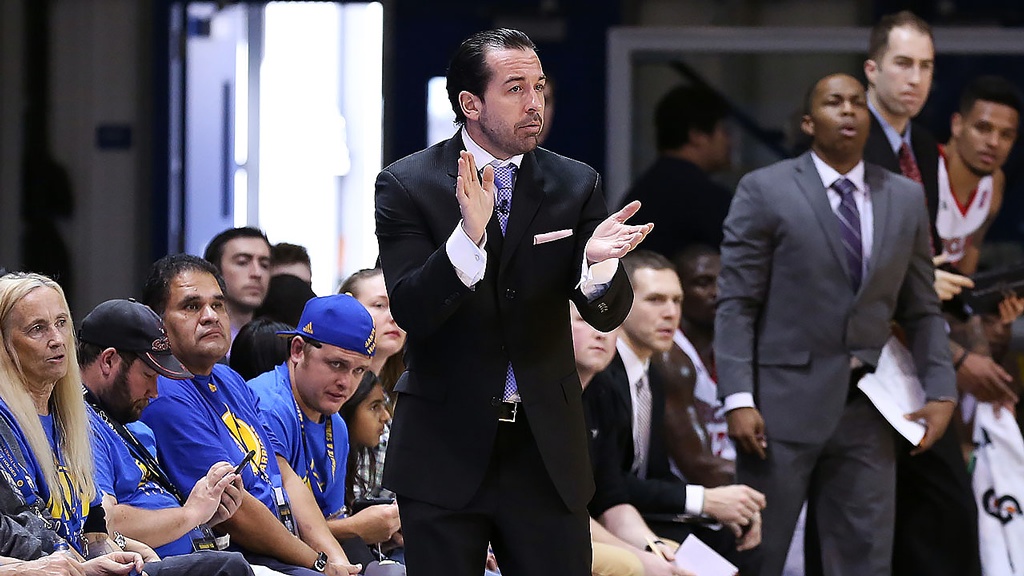 Canadian Basketball players aren’t the only ones moving up the NBA ranks.

In yet another noteworthy Canadian basketball growth moment – the hiring of Scott Morrison to full-time assistant coach duties by head coach Brad Stevens of the NBA’s Boston Celtics is a stark reminder that homegrown Canadian talent is making an impact both on the court, the locker-room and beyond the X’s and O’s of the game.

Prior to his time with the historic Celtics green organization, Morrison a former 6’1″ Guard played five seasons with the UPEI Panthers (1995-00) before joining the CIS/U Sports basketball coaching ranks as head coach of the Dalhousie Lady Tigers of the Atlantic University Sport (AUS) conference. After a 9-11 season season, Morrison opted to shift gears into the rapidly growing Canadian University Men’s basketball scene, taking the head coach position and tasked with rebuilding the struggling Lakehead Thunderwolves of Thunder Bay, Ontario.

The first six years were a tough learning curve for Morrison and the Thunderwolves, recording only 38 wins versus a total of 84 losses and six straight seasons without a winning record. By the seventh-year things turned around completely, with a strong recruiting class in hand for previous seasons including several key American imports, Morrison quietly guided Lakehead to national supremacy with their first nationals appearance since 1977. With a 17-5 OUA West record, 28-9 overall Morrison was named the conferences top head coach.

After tasting national success the year before, Lakehead ripped off four straight (2009-2013) trips to Nationals (CIS/USport Final 8), amassing a 68-19 record in the process and a 2013 Championship Game against the Carleton Ravens. The NBA D-league/G-League took notice and the opportunity to join the Maine Red Claws (Boston Celtics affiliate) as an assistant coach presented itself in late 2013.

Must Read:
The Lakers Aren't Missing The Point With LeBron

By 2014 the Canadian native was named head coach of the Red Claws and boasts an impressive 95-55 (.633%) record in three seasons, including three-straight first-place finishes in the Atlantic division and a tough to swallow semi-finals series defeat to 2016-17 G-League Champions Toronto 905.

With all the recent and well-deserved success it’s easy to see why Brad Stevens asked Morrison to join the Celtics coaching staff during the 2017 NBA Playoffs run, leading to a full-time position with one the rising teams in the NBA’s Eastern Conference.