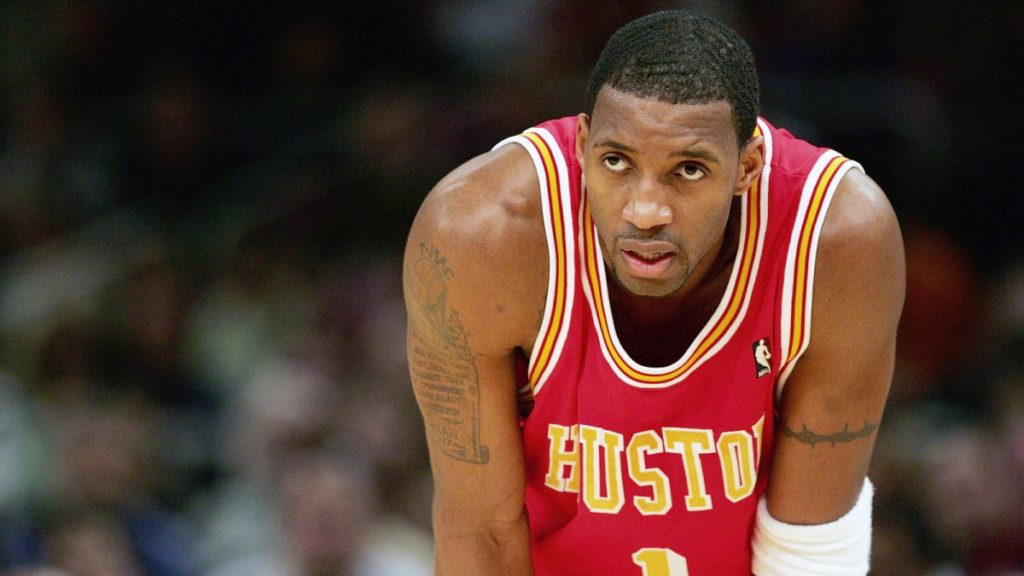 Deck The Hall Of Fame With Tracy McGrady

T-Mac just bounced his Hall Of Fame ballot off the backboard and dunked his Naismith induction home.

The seven time NBA All-Star who performed that off the glass shattering jam pass to himself twice at A.S.G. (and once in the damn regular season), highlights the class of 2017 with Indiana Pacers great George McGinnis, Kansas’ legacy making coach Bill Self, UCONN legend Rebecca Lobo and the recently dearly departed Chicago Bulls executive and six rings court conductor Jerry Krause.

Kobe Bryant whose place in the Hall is certified called Tracy McGrady the “toughest” player he’s gone up against. Basketball bible SLAM magazine named him one of their top 75 players of all-time. Sure this All-Star never became a champion. Or the official NBA Top 50, Jordan chasing ranks he was predicted to be like a projecting LeBron. But his induction to the corridors of court fame confirms him as one thing.

Tracing Tracy’s career takes you to all sorts of places. Like here in Canada where McGrady began his career alongside his cousin Vince Carter for our Toronto Raptors. The family ties made for quite a partnership. From Air Canada’s legendary Slam Dunk Contest to the ones in-game (Vince Carter may have jumped right over a 7 footer in the Olympics, but did you remember when McGrady soared over 7 foot 6 inch Shawn Bradley as a Rocket?) that proved the T-Dot had more than just Pearson, or one person when it came to runways downtown. It was all 10’s in the 6 but somehow these rim-kissing cousins couldn’t relate and what could have been a dynamite duo of dynamics to rival the new milleniuum Lakers in the Shaq and Kobe era of feuds became a one man show. But still to this day, Vince Carter’s purple dino throwback isn’t the only one still selling up north. “We” a team.

Tracy’s spell in Orlando looked to make him the Magic man in his home state of Florida. But it was meant to be a sidekick affair from the get go. Paired with former Detroit Piston legend Grant Hill whose career beginnings came with their own Jordan-heir thrine stakes when the greatest was still playing. But Hill took another tumble over injury time and McGrady was left to do it all. Like his signature assist and dunk mid-February classic which made the souring Slam-Dunk Contest a lay-up line in comparison. Much like Orlando’s oppositions paint that kept this shoulder burdened Magic team out the playoff picture. Tracy needed more tricks.

In Houston came more problems despite McGrady alinging with Chinese sensation Yao Ming and even towering the 7 foot 6 centre in jersey sales in the dynasty makers Asian continent for a time. Replacing Steve Francis, Tracy looked like the perfect tipping point for a pick and roll with Yao, but critical injuries would keep these two apart like long distance realtionships or Hill’s and Carter’s. And when it came to the postseason it was always a first round knockout…remember those postgame speechless tears? Don’t forget the heart. Even if when it came to court coupling it just looked like it wasn’t meant to be for number one. But still the star shined. Scoring a legendary record 13 points in 35 seconds (including four consecutive threes) like Larry Johnson with two strong arms against a San Antonio Spurs he’d later finish his career with on quite a rejuvanation.

The George Gervin like player spent more time on ice, but between sick notes this man also made time for the New York Knicks, Detroit Pistons, Atlanta Hawks and Qingdao DoubleStar Eagles of the Chinese Basketball Association (thanks Yao). Many thought the two-time scoring champion swingman would continue his career, some thinking Mac would be back with the Lakers (don’t be fooled those phototshops aren’t real), but T-Mac called it a day (dedicating his humanitarian work to places like Darfur for his documentary ‘3 Points’) and quite a career that see’s him as a Raptor, Magic and Rocket legend.

But before multiple ones are raised to the rafters the hall calls for Tracy McGrady. So don’t doze on the oft-rested great as Nasmith and Basketball infamy wakes up the Big Sleep this fall.