“We are losing Los Angeles”! Nick Nolte’s grumble in the latest cop and robbers classic motion picture ‘Gangster Squad’ may as well be applied to the current state of the damsel in distress that is the L.A. Lakers. This Summer blockbusters where made to take this Hollywood team back up to the Miami Heat talents of the NBA. Yet almost halfway through this season this gang of All-Stars is losing it’s city, players (the alumni of Lamar Odom, Matt Barnes and the always what could have been of the nixed Chris Paul) status and STAPLE to the Clippers of all teams.

There’s no surprises in this league these days but a few years ago you would have scoffed at this notion. Just like the fact that the best team the Lakers have ever had on paper is the worst performing team in the Kobe era (we hear you Ben Collins of SLAM, ‘L.A. Noire’ is THE article). Just like the idea that at 34 years of age Kobe Bryant would be playing some of the best basketball his career…then again that’s not too hard to believe, it is Kobe after all. The remaining years of his career deserve better. It seems like the pairing of Bryant and Howard really is the new Bryant and O’Neal as these two inside and out stars are fighting like Shaq and Kobe’s. If that isn’t enough of a one-two punch for you, the great Steve Nash isn’t getting any younger and right now the down and out Pau Gasol isn’t getting any healthier.

This team shouldn’t be like this. Not a team that can leave the likes of Metta World Peace and Antwan Jamison on the bench. Now it seems like the only new stars on the floor are the ones surrounding the team logo midcourt (great look by the way). Just think Phil Jackson was even one stroke of a pen away from fixing this mess before the Lakers traded Mike Brown for D’Antoni. Now everyone wants him and almost everyone else ran out of the door faster then one of his plays and on a ‘Buss’ out of Los Angeles.

It’s not all bad however and there is light at the end of the STAPLE Centre. Besides this is L.A., where dreams are made and the NBA where teams get it together after the All-Star break. Consistency and staying together is the key. The “wrecking ball” has swung enough. Its about Springsteen blue collar hard work in a movie star city. Haven’t they learned from Boston time and time, decade and decade again? Some get it, Kobe of course and some others will…eventually we hope. There’s a silver lining in this playbook however and like Bradley Cooper possibly winning an Oscar its a real, pleasant surprise. There’s one guy in the middle of this hangover that Kobe can be proud of right now. His name is Earl Clark.

Must Read:  Nets Practice In The Park Statement Spreads Love The BKLYN Way

Part of the mega Dwight Howard package deal that’s an even better piece then the projected, reliable point backup of Chris Duhon. Hell, right now Earl Clark is the best thing about the Dwight Howard deal. That is until Dwight finds himself and commits to not just escaping from Los Angeles once he’s a free man this Summer. The 6 foot 10, 225 pound, 25 year old is a prototype, prime-time role player. Wearing the number 6 and standing next to Kobe with a smile. It hasn’t looked this good since Eddie Jones. This guy, sure is no All-Star, but he’s one of those glue guys the Lakers should really keep hold of and not let go like they’ve done countless, foolish times before. The winning x-factor Trevor Ariza comes to mind (Devin Ebanks your closer than everyone thinks). Besides this is a team that was better off with Odom, Bynum and Fisher, then Howard, Nash and Jamison.

Straight out of Plainfield, New Jersey this kid knows that ‘boss’ hard work and is set to ignite the Lakers like gaslight. The Earl of Los Angeles is beginning to show not only his new city, but the league that his 14th pick out of Louisville is more than a sleeper…it’s justified. A points, rebounds and steals man with athleticism in limited minutes can maximize his time and potential. Just reference his 22 points and 13 rebounds in 27 minutes against storied last decade Laker rival San Antonio. In a breakthrough game this young buck earned his spurs in a wild-west showdown. This once raw talent is ready now and is an off the bench burner who can give the microwave tasting Lakers a healthy kick.

“Phenomenal” is how Mike D’Antoni put it…and he’s right. The walking double double machine had three in six games and has more than made up for the losses of Dwight Howard, Pau Gasol and last years Laker sleeper Jordan Hill. This frontcourt force has been formidable enough to be a well deserved, more than most starter and his rise on the slumping Lakers gives hope to a purple and gold side of the city that recentely has had to look to the STAPLE ceiling with rolled eyes and a sigh for inspiration. This is a banner year for Earl Clark. Sure he can’t do it on his own, not even Kobe can, but amongst all the doubt and uncertainity at least the Black Mamba has some more venom in his fangs. He has a sure thing in Clark. Some say the Lakers are finished and this year they may be right, but right now with Earl they have a little more fight in what’s been a losing battle. Now that’s at least a start.

In this article:Clippers, Earl Clark, Lakers 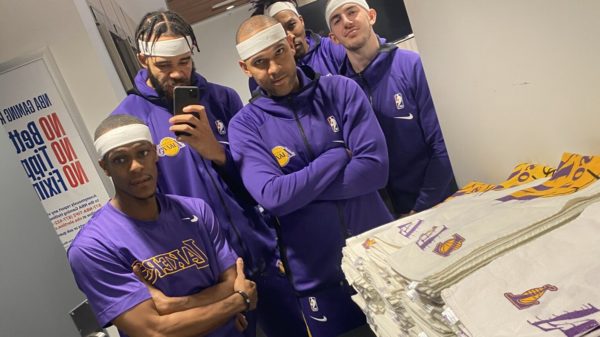 Headband of brothers. Last night in the Lakers last game, Point God Rajon Rondo drove the lane against the Knicks at STAPLES and got... 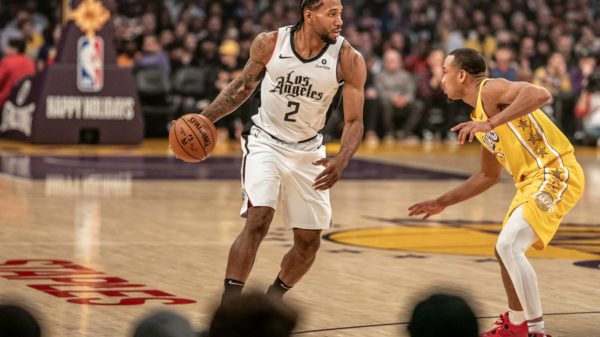 Clippers Leave Lakers Under The Tree On LA Christmas Day

Twas the night before Christmas and all through the downtown Los Angeles neon night, the Lakers thought not a superstar would be stirring. Not... 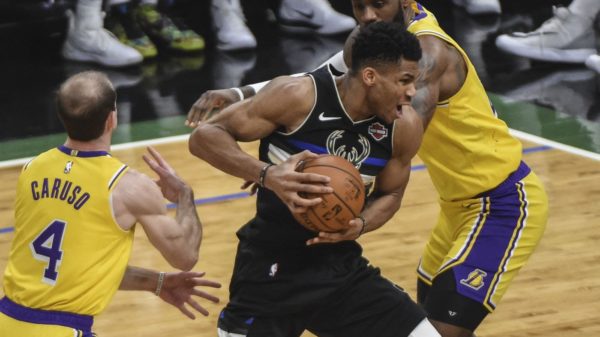 The Bucks Stop The Lakers Here

24-4. Like the hours of a full day and the quarters of a full game, the best in the West and East association Los...

Tim David HarveyDecember 20, 2019
Do NOT follow this link or you will be banned from the site!