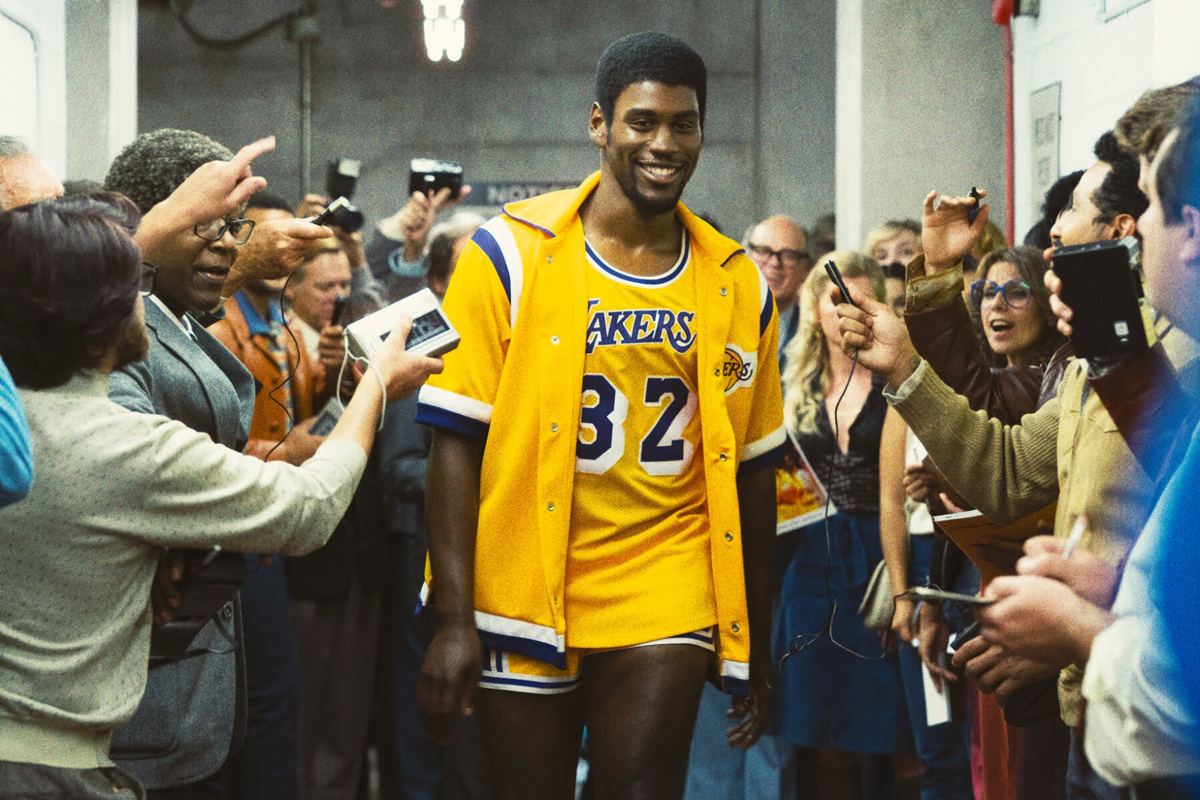 The Logo wants to sue HBO.

Laker legend Jerry West isn’t doing this because he didn’t like the end of ‘Game of Thrones’. Nor is he offended by Larry David’s ‘Curb Your Enthusiasm’, like the time the ‘Seinfeld’ creator tripped-up Shaq courtside. Nah, West has a problem with ‘Winning Time – The Rise Of The Lakers’.

The new Max series that has been courting controversy, concerning the ‘Showtime’ Lakers. One based on Jeff Pearlman’s bestselling, brilliant book, ‘Magic, Kareem, Riley and the Los Angeles Lakers Dynasty of the 1980’s’.

And he’s willing to take his fight all the way to the Supreme Court if he has too.

He wants an apology…and we understand.

But this look at a hardwood classic in the golden era of the 80’s seems superior. Especially in its actual VT like grainy, in-game footage. Like the time Magic and Bird took the NBA from tape-delay to pre-MJ fanfare. When Kobe was just a baby in the stands (‘put me in coach’). Watching his father Joe ‘Jellybean’ Bryant dunking on his son’s future team for Philly.

Yet West is seeking defamation of character against ‘Lawless’ actor Jason Clarke’s portrayal of him, laced in anger. Still, aside from the drinking, trophy throwing and fishing hats at practice, Clarke’s performance has a lot more class than it is given credit for. Trying to get to the soul of the man like the ‘West By West’ memoir. Showing us who people really are and why so as the season wears on.

The great Kareem Abdul-Jabbar has also taken this show to task on a very thoughtful and insightful article, as always, on his Substack account. Trying to show understanding whilst setting the record straight like the fact that he didn’t tell that kid on the ‘Airplane’ movie to “F’ off” despite that making for a hilarious moment.

It seems ‘Winning Time’ isn’t winning any friends in Lakerland right now. Despite an all-star Hollywood cast and guest directors like ‘Superbad’ Jonah Hill. Even ‘Anchorman’ Adam Mckay who runs this show much like his ‘Vice’ and ‘The Big Short’ classics lost his ‘Step Brother’ and best friend Will Ferrell over all this.

Must Read:
Canada Basketball and CEBL proving to be a ‘perfect match’

Laker superfan and funnyman Ferrell wanted to play the lead. Now you know why the ‘Semi-Pro’ showed up at a Warriors game in full Flint Tropics regalia to shoot around with his alter-ego, Jackie Moon, on coincidentally the night this show has its small-screen premiere.

To be fair, no one else could have played late, great Lakers owner Dr. Jerry Buss like John C. Reilly. Truly the talent and charisma of this purple and gold show. Walking the cock of the walk talk. Armed with copious hairspray and not a single shirt button in sight. Despite all that money.

More than a few dollars, but the biggest dream too.

Max Borenstein and Jim Hecht’s Showtime show really takes it to the Max for HBO like its running through history theme of ‘My Favourite Mutiny’ by The Coup sounding like The Roots. In an all-star cast that features the likes of Jason Segel as Paul Westhead, Tracy Letts playing coach Jack McKinney, ‘C’mon, C’mon’ star Gabby Hoffman, Netflix regular Rob Morgan portraying Magic’s dad and the great Sally Field as the Buss mother.

Academy Award winner Adrien Brody is perfect in the mould of Pat Riley, with this show about to win it again next year. Renewed for a second season, going back-to-back.

Controversy sells and people love it. Even if the Buss brass and the rest of the Lakers brand don’t. But guess what? We just watched the last Laker season and we didn’t think much of that show either.

Besides, speaking of reign, The Royal Family didn’t think much of the Netflix show ‘The Crown’, but that didn’t stop it from taking the throne.

It’s just a shame Magic Johnson refuses to watch this as he promotes his own Apple TV documentary, ‘They Call Me Magic’. Newcomer Quincy Isaiah truly pulls a rabbit out the hat playing a young Earvin with all the tricks of the trade. The ace in the hole of this show that is animated in its dynamic direction like a trademark Magic smile. Breaking balls and fourth walls.

Must Read:
They forgot about Trey

The last time the original M.J. ignored something like this it was a deal with Nike. And we get to see just how slick the style of those purple swoosh canvas sneakers would have looked if Magic had just done it and signed on the dotted line to have his name on the heel.

Solomon Hughes is solemn and sincere in his embodiment of Kareem and ‘The Wire’ legend Wood Harris (most recently seen coaching a young LeBron in ‘Space Jam-A New Legacy’) steals the show playing his partner in the paint Spencer Haywood. Wood, bringing humanity to Haywood’s drug addiction that at the time the NBA blackballed and swept under a rug.

But it’s DeVaughn Nixon, who playing pops Norm, truly has his moment like Laker superfan O’Shea Jackson holding himself as Ice Cube in ‘Straight Outta Compton’ (mind blowing). The actor who starred in ‘Terminator 2’ when he was a child, schooling Magic at a party. Cap tells us this didn’t happen, but it still makes for great TV in all its dramatic licence.

‘The Shield’s’ Michael Chiklis as Red Auerbach (the Boston episode is a classic). Spencer Garrett holding his fist, speaking for Chick Hearn as Brody’s Riley holds his tongue. Comedian Mike Epps playing around as Richard Pryor. The roster goes on. Just like Shaquille O’Neal being up for a future franchise ‘Winning Time’ season based on him and Kobe. WOW!

Even if the joke seems to be on the Lakers with this one. ‘Winning Time’ seems to have the last laugh and W as it rises. A sign of the Los Angeles times.