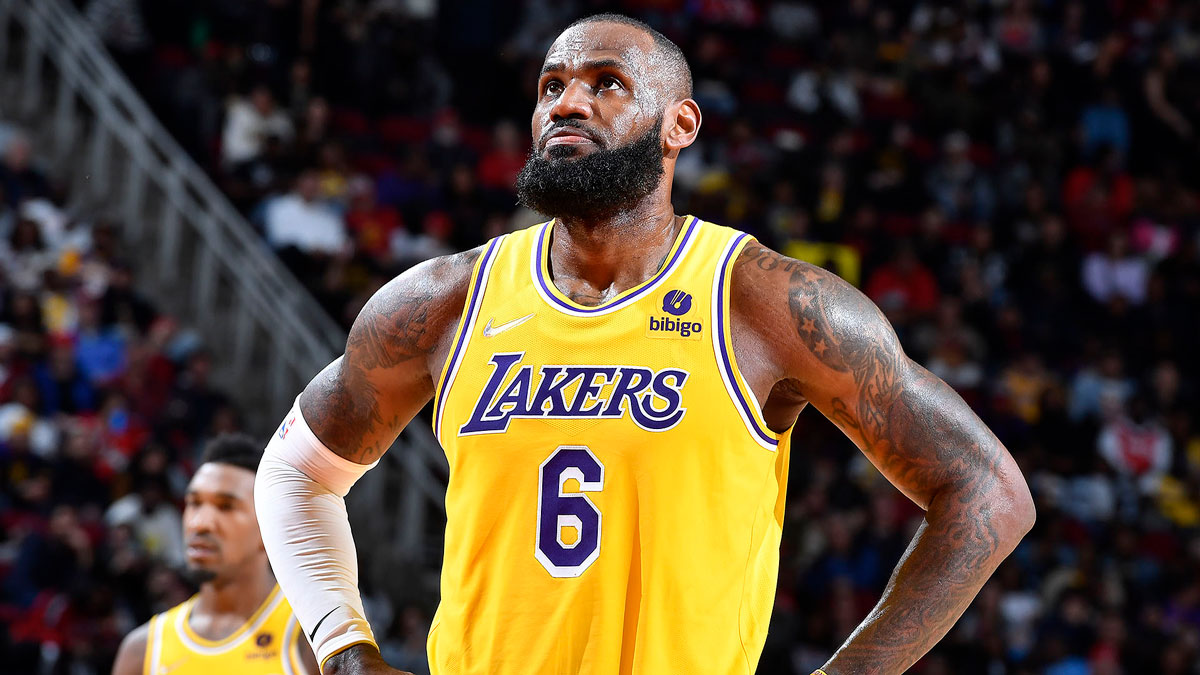 LeBron James is no longer just a kid from Akron.

Right now we’re not even sure if he’s a human being.

Moving more milestones than Miles Davis, seemingly week in and week out, the King is making it a coronation every time he holds court.

Last week he made history by hitting 50 points in a single game…TWICE!

No one else has done that multiple times past 35. Not even Kobe. And like, Shaq said that “(expletive in an endearing way) got 60” in his last game.

Let me put this in perspective. I’m the same age as LeBron. You can tell by our shared hairlines. Last week, he had two 50 point games. Last week, I fell asleep halfway through two films…at five in the afternoon.

And tonight in the Valley of the Suns, James made history like no other. Entering an exclusive club, all by himself.

And what a better way to seal the deal than with a dime to his friend for time, Carmelo Anthony (13 points here)? From fellow rookie rivals to trusted teammates in their respective Hall of Fame careers. Real recognizes real like game. When ‘Melo tapped his dome with three fingers, thrice over for his signature downtown celebration, this time you knew it was for his man.

And to think father time still hasn’t called him.

Those dreams of playing alongside his son really do feel like they will come true.

Especially as the way the Lakers are playing right now, they’ll have their choice of draft picks over the next few seasons.

This latest LeBron feat may mean a lot to the King, but you know its immaterial to him when his castle isn’t in order. Without the W it’s just another loss and the Lakers truly got scorched by the Suns in Phoenix.

125-93. We would say, you read that right, but we’ve come to expect it this season. Not just with the Lakers’ lackluster play, but the on fire Devin Booker with these NBA Jam numbers, hanging off the rim.

There’s still nightmares of Andre Drummond imitating the King from the bench, before the Suns backed them down and Jae Crowder sent LeBron and them salsa dancing.

To think Anthony Davis had the gall to say Phoenix wouldn’t have burnt them if he wasn’t out with his groin injury. The guy can’t even back that up now, injured again. Book’s postgame reaction in shades is set to become a meme like the ‘Bron one in Cleveland. 3-1 down to the Warriors like they weren’t going to come back.

We all know how that turned out.

And the Lakers will be back in Arizona again soon, like gluttons for punishment. Even if most Lake Show fans want to hit reset. James ain’t shutting it down, though. Number 6 had 31 points, seven rebounds and 6 assists in this contest as he went for 30K total points, 10k rebounds and 10k all-time assists.

The kid that became a King is not done.

Even if his team is.