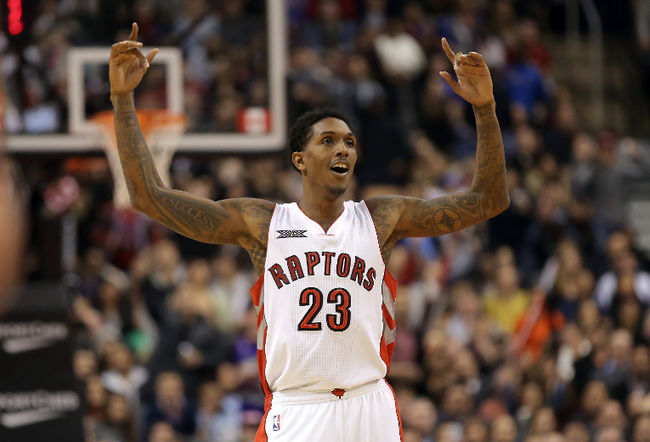 It’s Lou! Raptor Williams Is The NBA ‘Sixth Man Of The Year’

We the North…forget that for a second, he’s the whole league.

Leading the association off the bench, Toronto star Lou Williams is your ‘Kia Sixth Man Of The Year’. Now the only thing he isn’t guaranteed is a Kia car itself, (48 of those are graciously being donated to charitable organizations), but we don’t think Lou has to worry about that. He’s going to be rolling with something a lot better after the season he’s had up north in our Canada.

The former Sixer and Hawk standout has finally found the right home after flying to Air Canada last season. Now you could call it the third bowl of porridge, because after the grizzly bears became extinct from Canadian NBA basketball, the Raptors have redeemed themselves from the sneaker boot to show they are a real team and contender in this association. Still, Will shows there’s more ways to this team than All-Stars like Kyle Lowrey and celebrity showmanship from hometown, rapping owner Drake.

Lou has been great with the shot this year, on a 15.5 career high average…and that point comes off the bench! Surely a starting spot should now come under this guys game card slot, especially in the stepped up, second season of the playoffs. Still it seems this 6, 1 guard who helped the T-Dot to 49 wins this year is as at home on the pine as he is in the cold of Canada. The MVP of second units received 78 first place votes from a panel of 130 sportswriters and broadcasters and if you ask us he’s worthy of all his 502 points.

Beating out frequent 6th man leader Jamal Crawford at third and Isiah Thomas in the first loser position for the surprising, return to playoff form Boston Celtics, Lou Williams has shown he’s made the most of his 25.2 minutes per game on court.

The 28 year old leads the Raps in free throw percentage and has also wrapped up a career high 152 three-pointers from downtown Toronto making him something opponents need to look both ways for on each street corner. The first Raptor player to win this honour also set a franchise record for points in a period with 21 in the fourth against the Cavs in March.

Put it another way this kid is clutch and exactly what the Toronto Raptors need if they want to be holding on to the longest straw in the postseason.

Lou Williams may have won one of the NBA’s most prestigious, personal honours, but its the big team one that this guy has his sixth sense on. After all that’s what’s made him one of the best team players to start with.

Advertisement. Scroll to continue reading.
In this article:Lou Williams, Sixth Man Of The Year, Toronto Raptors