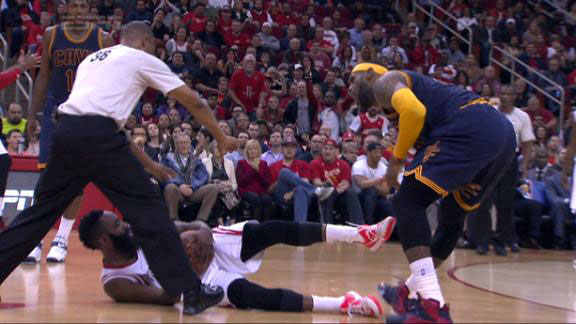 In the midst of battle anything goes according to James Harden.

In a fierce duel between two of the top MVP candidates and a potential 2015 NBA Finals series showdown. James Harden decided he had enough of LeBron James and took matters into his own feet and straight-up kicked the King where it hurts.