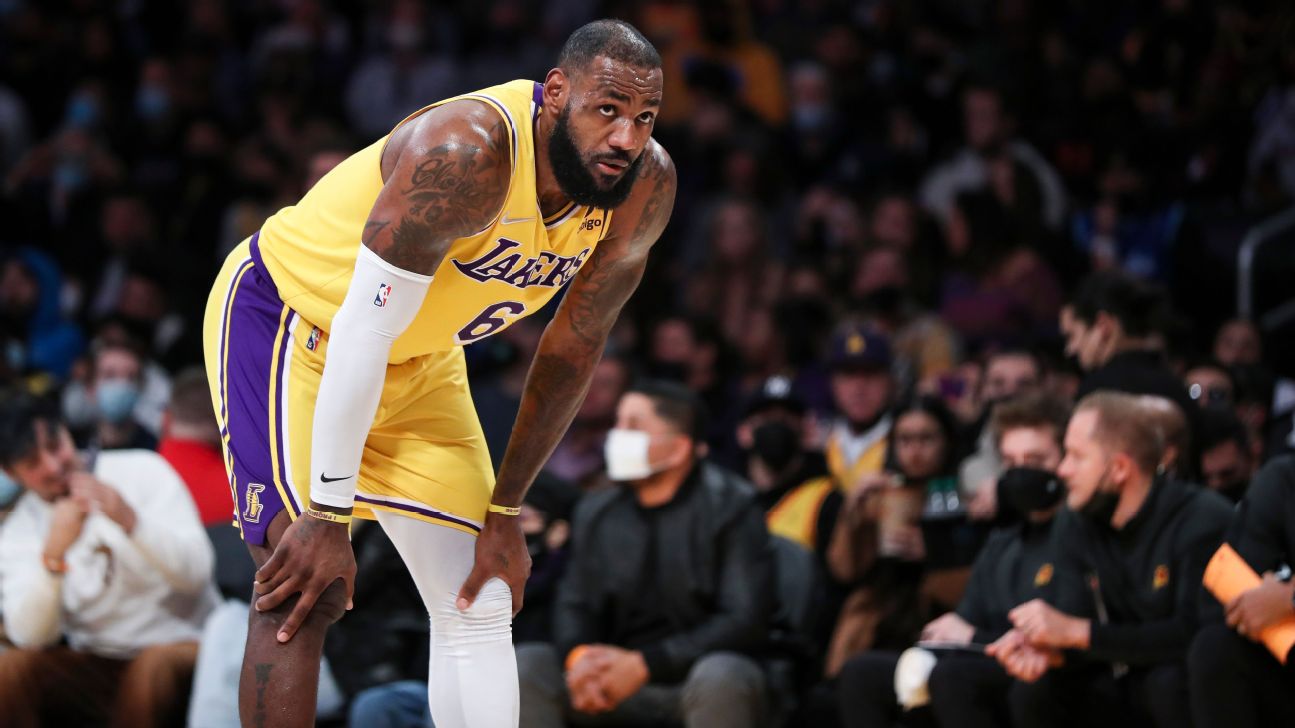 The less said about the current Los Angeles Lakers season the better.

That’s about the size of it, right there.

The latest? The only thing Laker Nation traded on deadline day was social media insults targeted at Russell Westbrook? And why? It’s not just his fault, like Charles Barkley said on TNT about people throwing him or coach Frank Vogel under the bus.

The Lake Show history made during the first half of their season has been the makings of something catastrophic. All during the same time, a new HBO Showtime series (‘Winning Time’) is set to hit our screens like a pick and roll. Taking us back to the good old days. And now Jeanie Buss is even developing her own series for Netflix too. A comedy with Mindy Kaling about the Lakers front-office.

Damn! It’s getting dramatic in Hollywood. Just like Magic telling Buss, she deserves better amongst other not so subtle tweets. Or Kareem taking it to the King on his Substack writing platform over things like his pointed Spider-Man COVID meme.

Speaking of which, in tonight’s West side story, LeBron couldn’t buy a bucket in the clutch. Even missing his first last second free throw out of three after being hacked on a downtown play against the Golden State Warriors in San Francisco. Then he intentionally rimmed his last charity stripe attempt in order to coral the rebound and go for one last desperation shot that was all brick housing.

117-115, Dubs was all she wrote. As Splash Brother Klay Thompson, truly back from injury, hit the Lakers up for a Kareem (33 points). With an unlucky 13 of those for the Lakers coming in the final frame.

Must Read:
Can D-Rose Really Change The Knicks?

With that being all said and done, LeBron’s line of 26 points, 15 rebounds and 8 assists (18, 7 and 4 coming in the first 24 minutes) was enough to make history. Even if one last basket would have been that much more. James still passed Kareem Abdul-Jabbar to crown himself as the all-time leading scorer in NBA history, including playoffs too.

“I felt like that’s as connected as we’ve been in quite a while”, number 6 told the press postgame, for maybe more shade thrown back Cap’s way. Or, as we’d prefer to believe it, potentially offering up an olive branch. One Lakers legend to another.

For all the milestones LBJ has made over the last few calendars, how about this one for the history books? The all-time points total was previously a record that has stood for as long as the man who writes these words has been alive? And I’m no spring chicken.

Last season they said ‘Bron could possibly achieve this goal in a year or two, barring injury, if he was lucky. He did it in less than one…and he’s been injured as of late too.

That’s what happens when you put a whole franchise and city on your back and broad shoulders.

The Statue of Liberty dunks are still in play, even in ‘Bron’s Brady bunch years. Touching down like the Superbowl. He even had a couple of signatures tonight, like autographs for the fans. But you know the workmanlike approach he’s had this year in the absence of players like Anthony Davis and practically the whole roster at one time or another during the season.

He rolls to the basket as fluidly as a car at the top of the hill that’s hand break has been left off. Defenders merely looking like traffic cones in a driving test. He stops just under the basket, as if the baseline was a force field. Forcing up a lay-up like your pops used to do every time he took your young self to school. Down the lane under the basket on your drive. All as ‘Bronny senior holds both his hands up for a foul, similar to the expression of that same parent waiting outside in the car for you to get ready for class.

The Lakers star doesn’t get a lot of these calls these days as much as he protests. And judging from tonight’s final few seconds, he doesn’t always cash in on that charity. So James passing Jabbar is even more impressive. The kid from Akron has still scored more points than anyone in National Basketball Association. You can take that to the bank. From fellow Laker luminaries the Mailman, Karl Malone (sitting in third), to the one and only Kobe Bryant.

Must Read:
Reports Have Jimmy Butler Wanting To Serve A Year In Los Angeles

He really is the King now.

Put another jewel on that crown. As the basketball Gods are my witness.

The Chosen One had just become number one.