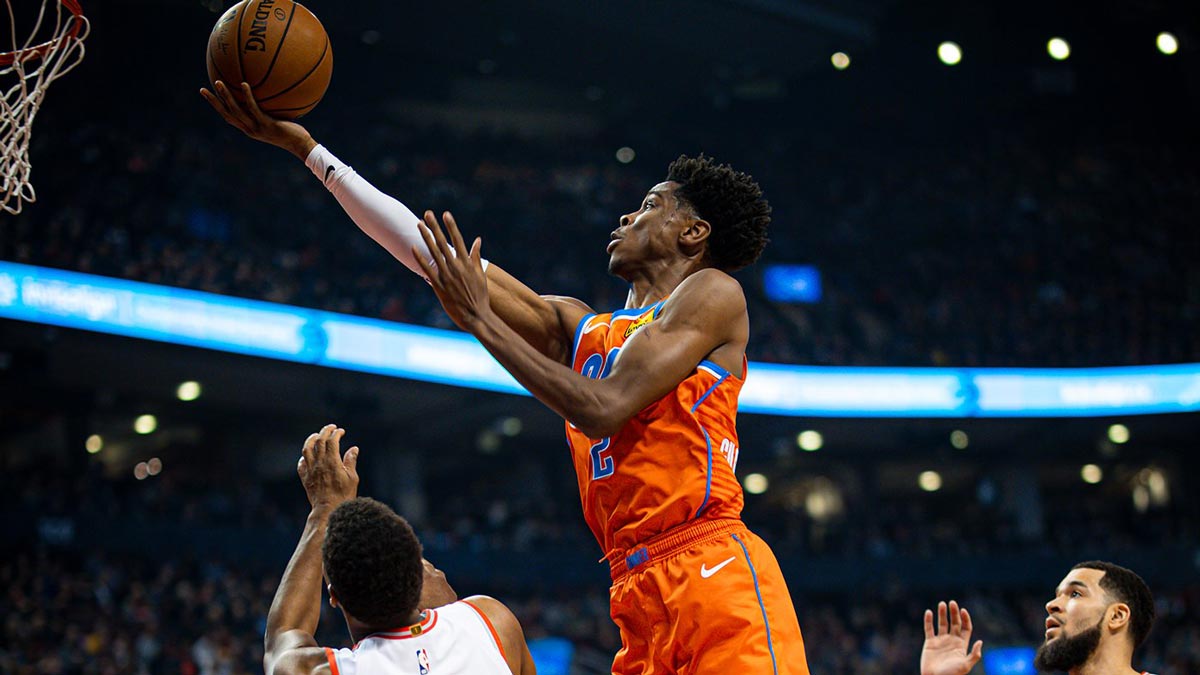 Hamilton, Ontario native Shai Gilgeous-Alexander tied his career-high with 32 points in a 98-97 win over the Toronto Raptors scoring the most points ever by a Canadian against Canada’s only NBA team both on the road or at home.

Gilgeous-Alexander surpassed both Rick Fox and Andrew Wiggins’ 31 points and is the youngest to score 30 or more against the Raptors’ at 21 years and 170 days old. Fox accomplished the feat way in Toronto back in 1998 — while Wiggins’ did his damage in Minnesota.

Most Points By A Canadian Against Toronto Raptors

The game also featured a record four Canadians ( Chris Boucher, Luguentz Dort, Oshae Brissett, Shai Gilgeous-Alexander) in a NBA game – each of them hitting the scoresheet for the first-time.

After 1-4 start to the season the Thunder, led by Gilgeous-Alexander are one for the hottest teams in the NBA — having won 12 of their last 17 games to move into playoff contention in the Western Conference.

The Canadian guard has scored 32 points three-times in the month of December and will be a strong candidate for player of the month award when the award gets announced in a few days. Furthermore, Gilgeous-Alexander is making a case for an all-star bid with averages of 19.4 points, 5 rebounds, 2.9 assists and 1.1 steals per game.