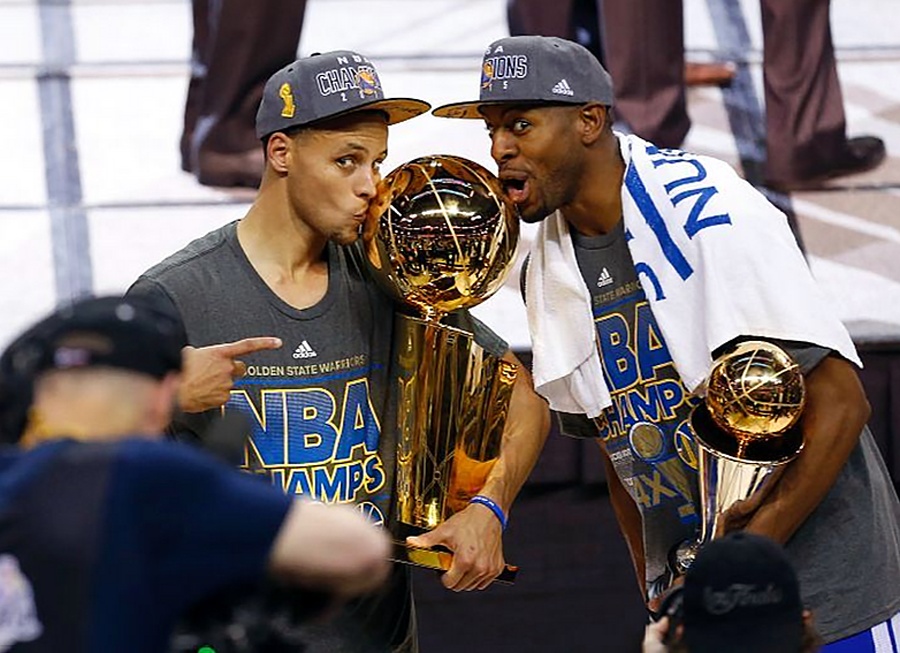 One of the best NBA seasons and playoff campaigns in recent memory came to a drawn end last night as the Golden State Warriors showed the Cleveland Cavaliers the 105-97 curtain in Game 6 of the NBA Finals.

Those who thought this classic, epic, highest rating series was going to go the full seven heaven where as sorely disappointed as those in Ohio who thought that their returning King would at least be the MVP consolation of this wine and gold teams champagne campaign.

Even with another across the board valiant effort from LeBron James in the form of 32 points, 18 rebounds and 9 assists, the King would not take his throne once again. Still his almost historical, other team upsetting performance was the thing of real legend for his legacy.

Deserving of a reward all by itself, even if he was snubbed as NBA Finals MVP. With only J.R. Smith shooting as close with 19 (with 15 in the fourth off four big threes), we wonder what the outcome of this scintillating series would be if Kyrie and Kevin where healthy, rounding out this big-three. Even with that in consideration lets think for a moment what it would have been like if LeBron single-handedly lead his home team all the way to the promised land.

He’ll get his chance again and even so this mans merit is undeniable now after this top-billing, highest rated series for your T.V. sets.

Forget ‘Game Of Thrones’! You know nothing compared to the King, Jon Snow!

Still this was Golden State’s moment as coach Steve Kerr led his team to the victory of Larry, some 20 years after winning Game 6 and another championship with the Chicago Bulls. But you can add his first as a rookie coach to the Hall of Fame honour list. “They were all in it just to win” the coach told press as the Warriors ended a 40 year drought across the Pacific since their last chip in 1975. Making their legend Rick Barry proud like their Golden Gate neighbours San Francisco and former home of Philadelphia.

This small ball generation running team where so good they forced Cleveland into a box-score whopping 19 turnovers. Almost as embarrassing as when late night host Jimmy Kimmel tricked Cavaliers fans into thinking the team had signed LeBron’s brother Kevin James. Who we all know is hilariously not ‘Bron’s brother and the ‘Paul Blart-Mall Cop’ actor isn’t exactly built like your average NBA player…more like a ‘Here Comes The Boom’ boxer.

MVP Stephen Curry had 25 points but in this balanced attack he was joined by Andre Iguodala who had 25 himself and the honour of Finals MVP, as these two Most Valuable Players became champions. Now Andre shows he’s the real Iggy in Cali’ and still a star like his franchise face days as a high-flying Sixer.

Still an award for X-factor may go to most improved, rising star Draymond Green who had 16 points, 11 rebounds and 10 assists even when the Steph/Klay brothers weren’t making their biggest splash.

With rivers of talent and an ocean of opportunity we can see a dynasty on the horizon from that iconic bridge. Now as these Warriors become king this California state has really hit gold.