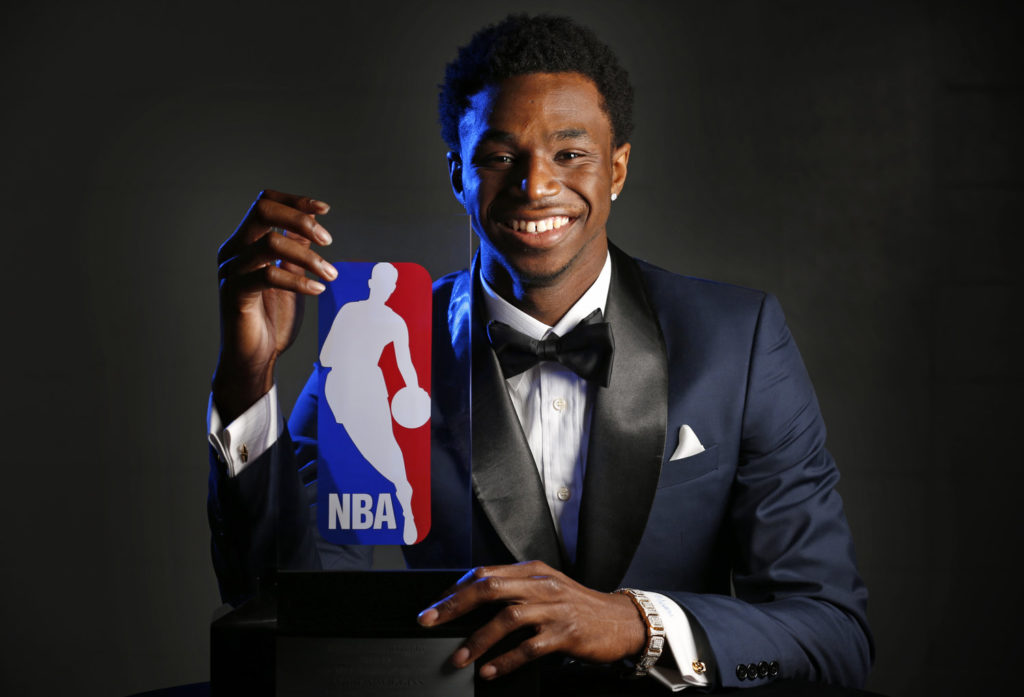 Toronto, Canada and Minnesota Timberwolves’ Andrew Wiggins Is The MVP Of Rookies

King LeBron James or Harden, along with Stephen Curry and Russell Westbrook will have to wait!

Because of right now, when it comes to rookies at least, Andrew Wiggins is the Most Valuable Player!

Who else but the Minnesota Timberwolves player from the north of Toronto, Canada?

Jabari Parker may have had his chance if injury didn’t take his season. Whilst runner up Nikola Mitroc of the Bulls can assure fellow Spaniard Pau Gasol and the rest of his contending Chicago squad of some seasoned Sabonis like experience for 82’s to come. Now third in line, blocking and dunking, high-top machine Nerlens Noel deserves a whole new category unto himself for stopping the tanking Sixers for completely fading in the Fresh Prince’s Philly. Meanwhile the Lakers have Jordan Clarkson to thank for giving some Californian sunshine ray of hope in their bleakest season. Even though technically he only played half a season, his sixth spot in the R.O.Y. votes is that much more impressive, when many people thought it would have been injured top ten pick Julius Randle making it this high.

Still, now following the dinosaurs Lou Williams’ ‘Sixth Man Of The Year’ honour, every Canuck could only rejoice more if this 16.9 average scoring machine was a hometown Raptor.

T-Dot natives can dream! Can’t they?

This one achieved his! Even after facing the adversity of being traded early by his original Cleveland Cavaliers, led by the desire of King LeBron James for veteran All-Star Kevin Love. Now look how that all turned out despite the lack of heart. Hate it now, but as Love popped his shoulder, Wiggins popped his collar.

Kobe Bryant was right. This was the biggest mistake by a franchise with the top draft cap, since the Charlotte Hornets traded him for Vlade Divac.

Must Read:
There's Something Wrong With The NBA Right Now

Now this top scorer can only mature and get better, as his press conference tux and bow-tie smartened up and showed. This is more than his prom. This is his moment. His prime. His landside victory.

Now along with fellow Canadian, Anthony Bennett (who no longer wants to be a sophomore slump), the Looney Toon hops of Space Jam champ Zach Lavine and the ringleader of this youth in revolt in Ricky Rubio, the future of these wolf cubs is a lot hotter than the Minneapolis climate allows. Thanks to this prince that the King ignored these hungry Wolves will be big game soon in this young mans sports world.

Don’t vote against ‘Drew again. We told you Canadian basketball had something to show and say.

In this article:Andrew Wiggins, Canada, Minnesota Timberwolves, rookie of the year, Toronto