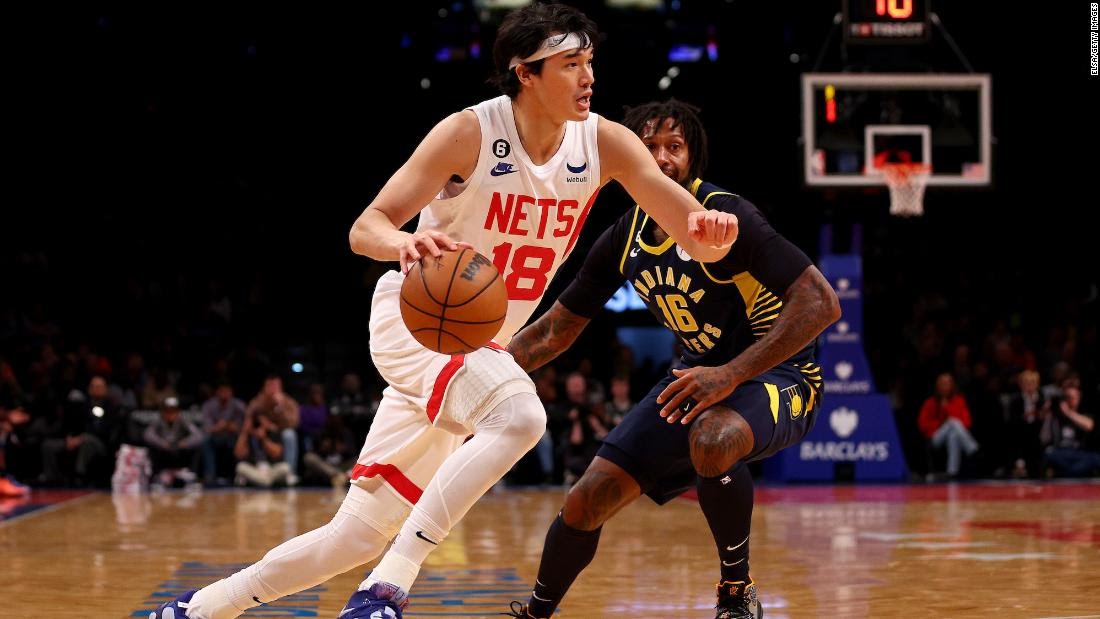 Rui Hachimura is the biggest basketball player in Japan.

He’s arguably the most talented. He took the shine off of superstar Stephen Curry and his champion Golden State Warriors two months back at the NBA Japan double-header in Tokyo. I’m even rocking his Washington Wizards Association Edition jersey that shoots back to the Baltimore Bullets era as I write this.

Yet, Yuta Watanabe has been in the L longer. He has become a fan favourite for more teams. To top it off, he leads the league in three-point field-goal percentage. A sweet stroke of 57.1% percent from beyond the arc.

Sure, Steph Curry paces the association in threes swished, but Watanabe aces the percentage point test. The closest to him is Wizard Kentavious Caldwell-Pope in second place.

Yuta began his career hustling between the Memphis Grizzlies and their G-League affiliate. Then he won hearts here in Canada as an integral member of the Toronto Raptors. But now, as the steal of the summer, he’s a Brooklyn Net lighting up downtown like New York’s Times Square.

Floppy hair and headband, Yuta may just be our favourite Watanabe. Sorry Ken (the famous ‘Tokyo Vice’, ‘Inception’ and ‘The Last Samurai’ actor).

Further east comes a shot that rises like the sun and drops like water. Here in Japan, they are serious about their craft. They will hone it until it becomes perfect. That’s why the mechanics of Yuta Watanabe’s shot are pinpoint on the board, precise. He’s making hardwood art in those Basquiat jerseys. Painting picture after picture.

This is a country that proves people wrong without shouting about it like we love to do in the west. Successfully hosting the postponed 2020 Olympics a year later in the midst of the planet’s pandemic. Beating Germany 2-1 last week in the FIFA World Cup. Nobody thought they could do it, but we did. No one imagined Watanabe would rise like this, but he did.

Now the Nets are on pace to be more than a social media joke. Trade drama, like the Kyrie Irving fallout, hopefully in the rearview. Ben Simmons is back balling too. Meanwhile, as that has all been going on, the young man from Japan has just been putting up shot after shot, until he made it right. Getting back on D too. Because Watanabe is more than the glory. He gets it done on both ends of the floor he spaces.

Sure, he’s out with a hamstring injury at the moment, but don’t let that string you along. The accolades are coming. Three-point field-goal leader. Most Improved? Sixth Man of the Year?