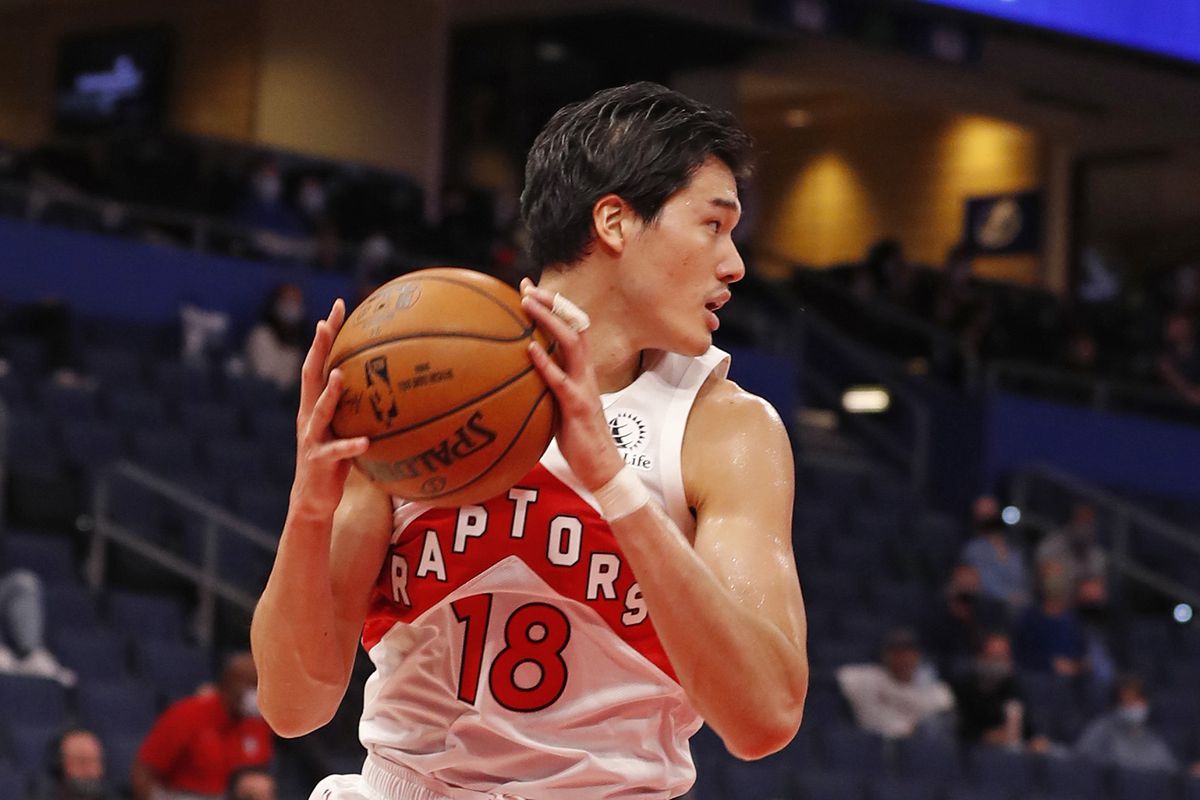 Yokohama's Very Own Yuta Watanabe Tearing It Up For Toronto Raptors

Now we all know Indiana Pacer Malcolm Brogdon is tough.

But that Raptor block was tougher.

Number 7 tried to put a seal on a bucket, but as he entered the paint SPLAT! Number 18 sent it back…behind his very back.

You can tell from the high-five he gave after that he was hype.

Who plays number 18 for the Toronto Raptors you ask?

Big in Japan, it’s Washington Wizards own sophomore Rui Hachimira who is the star to be stud, carrying the flag for his country. An icon who like tennis ace Naomi Osaka would have led the way for the 2020 Toyko Olympics in a groundbreaking moment that would have made a stand for mixed heritage acceptance in the country.

But the first Japanese player to be drafted in the first-round after Yasutaka Okayama became the first ever Japanese player drafted by the Golden State Warriors back in 1981 isn’t the only one from the land of the rising sun making his mark. Here in Yokohama everyone knows how much of a big deal this cities son Yuta Watanabe is.

Hustling between Memphis and their G-League franchise for the last couple, Yuta is in season now. Moving from a Grizzlies franchise who used to call Canada home to up north in the 6 where he now resides. You can see the court connection. Now after he has been given a chance up in the big leagues, Yuta is swinging for the fence. With no rest like an OVO owl before it’s too late like Drake’s ‘Reading This’. Trying to make his last name in hoops as famous as ‘Inception’ and ‘The Last Samurai’ star Ken Watanabe’s in acting.

“He plays a bit frantic because he’s just playing so hard all the time,” Coach Nick Nurse said of his super sub filling in for the missing sustenance of OG Anunoby and Norman Powell.

Playing the lanes like a car changing on the highway, this kid is slick. Scrappy as hell, people may see it as raw, but he’s ready. One man’s erratic is another’s tenacious and if you see a loose ball bobbling towards the sidelines you best believe Yuta’s going to get it.

Watch his stock go up as he dives for the same errant plays others would look at like it was already out of bounds.

The game isn’t over until the final horn sounds, just like the ball isn’t out of play until the referee blows his whistle.

And just look at guys like champion Alex Caruso, a G-League tweeners’ jobs not done until his contract is signed.

When it comes to the name Yuta Watanabe, it won’t be long before that’s guaranteed.