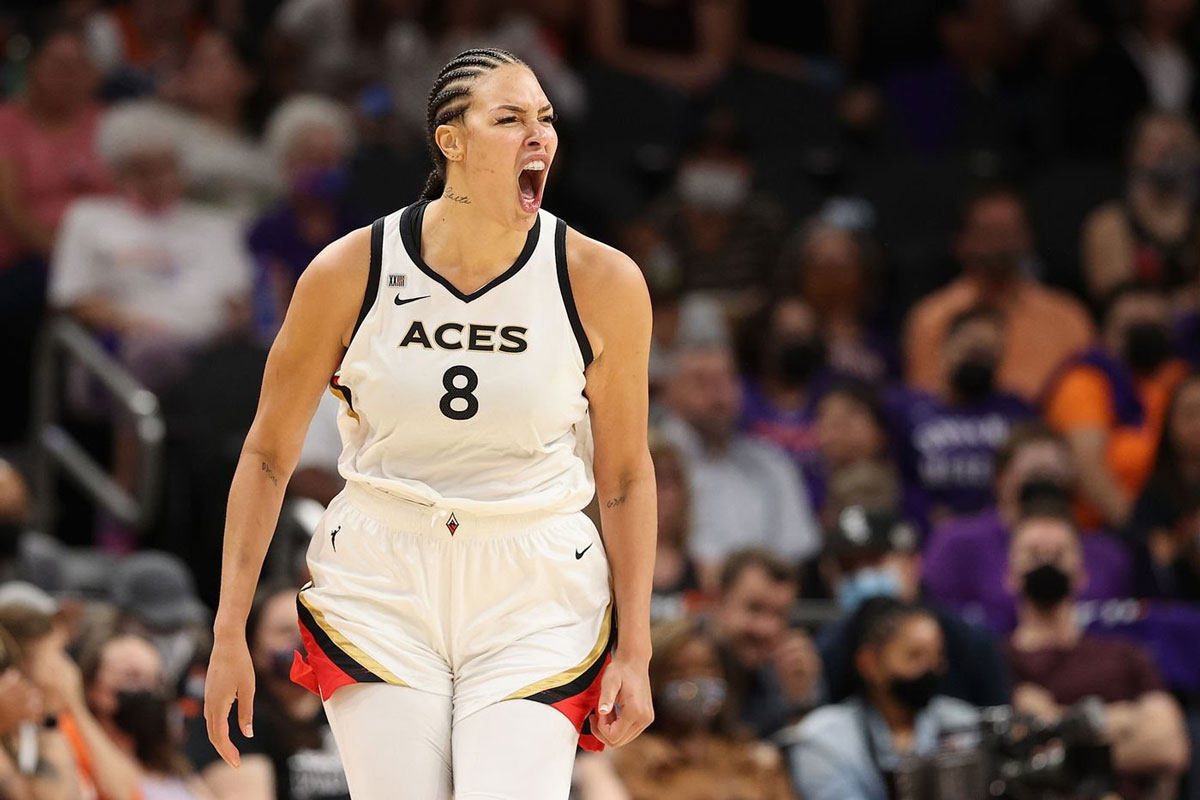 Because after this long time coming, history making move in the WNBA, Las Vegas could lose it all right after hitting the jackpot.

With just one tweet superstar centre Liz Cambage all but confirmed she won’t be suiting up in red, white and black next season.

“Ahhh yes the @WNBA, where a head coach can get paid 4X the highest paid players super max contract. lmao and y’all think imma spend another season upgrading my seat on a flight to get to games out of my own pocket.”

How’s this for a morning after hangover?

All the cards are on the table now as the Aussie is about to rule free agency. At the same time as perhaps starting the first big beef in the W’s history.

Amongst coast-to-coast speculation of Hollywood talks with Los Angeles that are sparking off rumours and the Liberty wanting to give her the torch in New York, there’s much more to unpack in these Twitter characters.

Like how, even after the WNBA’s CBA, there is still an issue of players paying out of pocket for extra legroom on flights. A luxury for their NBA brothers, first class for years. A necessity for anyone in either association. Let alone players of Cambage’s height and position.

And after all the bargaining agreements getting these amazing athletes equal pay, a former NBA coach comes in and maxes out at four times more than the highest paid player in the bank?

Hammon’s coaching contract was groundbreaking for the women’s game. But if it leaves the ones she’s coaching at the other end of the court it could be more trouble than it’s worth.

It looks like the league is in need of an upgrade. As judging from Liz’s tweet, she isn’t just done with the Aces, but the WNBA as a whole.

Here’s a court celebrity who is bringing in more dime in these troubled times via launching her own Only Fans account.

Without her in the show, the 25-year league could be about to lose a high number of their own fan base. Especially from down under.

Cambage sat out of last seasons All-star game and the Tokyo 2020 Olympics for Australia to take a stand for herself and others, looking after her mental health. Now this unrestricted free agent who could simply walk away is making an even bigger play against the inequality in the Women’s National Basketball Association’s pay structure.

The passionate player wearing her heart on her sleeve has just revealed her hand. Time to find out what the WNBA is really holding.