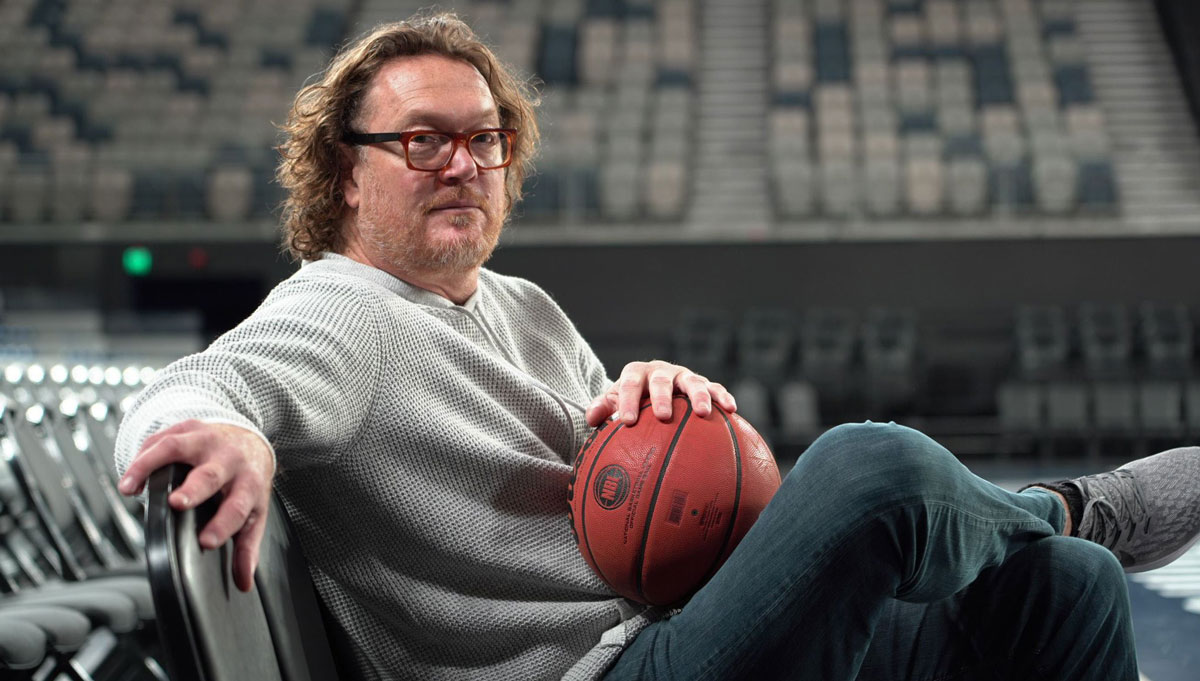 Growing up in the golden era of hoops in the 90’s, the Chicago Bulls made me fall deeply in love with basketball. Like legendary writer of ‘The Jordan Rules’ Sam Smith says in this new ABC ‘Australian Story’ documentary, “they were like The Beatles or the Rolling Stones.” Rock stars.

You had the greatest player of all-time, Michael Jordan.

The greatest right hand man of all-time, Scottie Pippen. Whose everyman status next to the incomparable Jordan made us all relate to him. Although this actual superstar was no sidekick.

Then of course you had the actual rock star in Dennis Rodman and that hair that changed like a mood ring…or his temper.

Even the Zen of coach Phil Jackson. The Euro pioneer in Toni Kukoc and role players from three-point shooting Steve Kerr, to new cult hero from ‘The Last Dance’ Scott Burrell felt like fan favourite character actors from a Hollywood movie starring the A-lister Mike.

But who was this guy in the middle that looked like someone’s Dad?

That was the ignorance of my youth as a 10 year-old growing up across the pond watching the bright lights. All these high-flying bird’s above the rim in a game that seemed as alien to the English field of soccer as ‘Space Jam’.

It’s a stereotype in this refreshed day and age we should no longer prescribe to.

Luc Longley came from Down Under to be the first Australian player to play in NBA after a booming college career were he sported a rock star mullet like a member of his country’s legendary band INXS.

This new sensation paved the way for the likes of big Andrew Bogut and the Toronto Raptors Aron Baynes. Both men not only being inspired but also coached by Luc in Longley’s post playing career.

The last of a dying breed, the center position still feels like a big deal Down Under and you only have to re-watch this summer’s Tokyo 2020 to see just how far Australia have come when it comes to this game.

In part it’s a big thanks to Luc.

The thankless, unsung hero who anchored the middle for the second three-peating Chicago Bulls in their ‘Last Dance’. Yet he is barely in the 10-part ESPN series that took the world by nostalgic storm last year. Locked down in quarantine when it was streamed on Netflix for everyone to see.

Everyone including Longley. Who fast forwarding and rewinding through the episodes makes jokes about his split-second cameos, but is also clearly hurt by the snub. Glue guys like big man in the middle Bill Wennington were. So why not this guy who helped everything stick?

“I don’t know why I wasn’t in the doco,” he says in his famous Australian accent.

His new Australian one takes ‘One Giant Leap’ and asks why. All whilst being dubbed the “missing chapter” of ‘The Last Dance’.

It really is. And you are allowed and able to watch it on YouTube for free.

This is for the real hoop heads. The ones who didn’t treat ‘The Last Dance’ on Netflix like a ‘Tiger King’ novelty.

The 7-foot 2 inch center may have drawn states in his native Melbourne, but in America he was just another big-man when he was drafted by the Minnesota Timberwolves. That all changed when Chicago traded for him in his sophomore season.

MJ was gone to the sticks, playing minor league baseball, but Luc formed a bond with Scottie, Jax and the rest of his teammates. Even hosting them “barbies” like a true Aussie at his home as compelling camcorder footage shows us.

When Mike came back it all changed.

Jordan rode him harder than he did Scottie Burrell as revealed in this story. There was little love lost, but the respect was there. Longley is the same man who would take beatings from the likes of Shaq in the post. His broken ribs serving as proof positive. He took a lot of hurt with his hard work that came before the champagne.

So where’s the love?

The answer is, in this documentary. This humble and heartfelt one reveals more from behind the scenes and also some home truths. Did you know that legendary British comedian and author Ben Elton is actually Luc’s brother-in-law?

Pippen, Kerr, Jackson and Jordan all make extensive appearances in this show without taking the spotlight shine off of Luc’s moment. Why? “Because he matters” as the greatest tells us. Longley’s legacy may have ended in injury with the Phoenix Suns and then a New York Knicks buyout, but that didn’t define his career with the legendary Bulls.

Bouncing back like he did from the heartbreak of divorce, as this gentle giant found it harder to shake that killer instinct mindset he adopted from Jordan’s Bulls. Rebuilding his life like he did his home after it was devastated by wildfires. You’ll shed a tear at this man’s story and feel a lump in your throat for ever underestimating this warrior.

As is said here he was a starting player on the greatest team of all-time. Going to war in the trenches with Jordan. Michael says it himself, if he had to do it all over again he’d still choose Longley.

And that’s no giant leap. Time for you to choose this documentary, because until then ‘The Last Dance’ is far from finished.