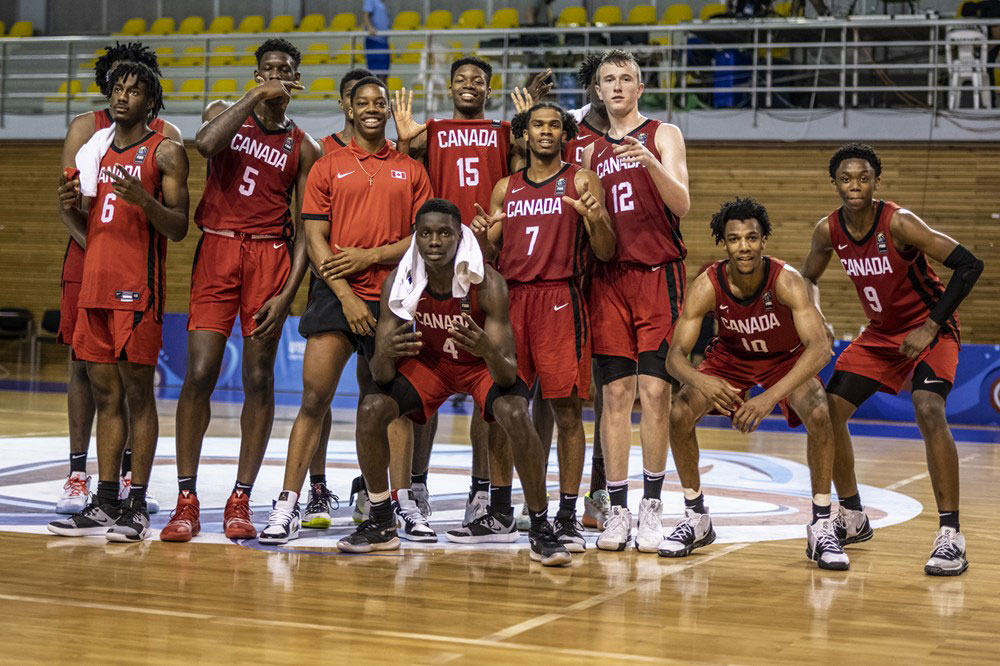 Reigning U19 world champions Canada took a step closer to defending their crown with a hard-fought 90-79 round-of-16 victory over Senegal and advance to the quarter-finals of the 2019 FIBA U19 World Cup of basketball in Crete, Greece.

After struggling with foul trouble the previous two games AJ Lawson unleashed on Senegal with a big-time game. The 18 year-old and sophomore to be, with the South Carolina Gamecocks scored Canada’s first 11 points of the game on a perfect 4-of-4 shooting, including 3-of-3 three-pointers.

The hot shooting put Canada ahead 8-0 but the lead didn’t last long as the more athletic and lengthy Senegalese side made it difficult for Canada to score by recording four blocked shots. The two teams trade baskets until Lawson’s buried his third triple and 14th point of the quarter with three seconds left giving Canada a slim 23-18 advantage.

Canada switched to a 2-3 zone defense and forced three straight turnovers at the mid-point of the second-quarter allowing the Canadians to open-up a 35-26 lead. Senegal immediately responded with a 12-0 run of their of their own and grabbed a 38-35 lead.

Lawson finished with 31 points, 7 rebounds, 4 assists on 11-of-20 shooting, including a hot 6-of-10 from downtown. The 31 points scored by Lawson ranks fifth amongst the top performances by a Canadian at the FIBA U19 World Championships/World Cup dating back to 1979.

Most points scored by Canadian FIBA U19

Damion Squire (Montreal, Que.) came off the bench and had his best game of the tournament with 18 points, 4 assists, 3 rebounds and 2 steals.

Karim Mane had a tough outing, largely due to his match-up against similar prospect in Cheikh Faye who torched Canada for 17 first-quarter points. The uncommitted, combo guard added 9 points, 3 rebounds and 3 assists, including a big dunk over a Senegalese defender.

16 year-old Joshua Primo — one of the youngest in the tournament also played well, taking advantage of his tournament high 18 minutes. The 6’4″ shooting guard knocked down two nice three-pointers to finish with 8 points and three assists.

Charles Bediako continued to impress with another solid game as he got starting nod and reached double figures scoring for the second straight game. The 6’11”, 17 year-old rising big men finished with 10 points and 6 rebounds and also showed some deep range knocking down a triple.

Tyrese Samuel showcased his versatility once again with 6 points, 8 rebounds and five steals. Samuel is amongst the tournament leaders in steals with 13 in five games and leads all forwards in that category.