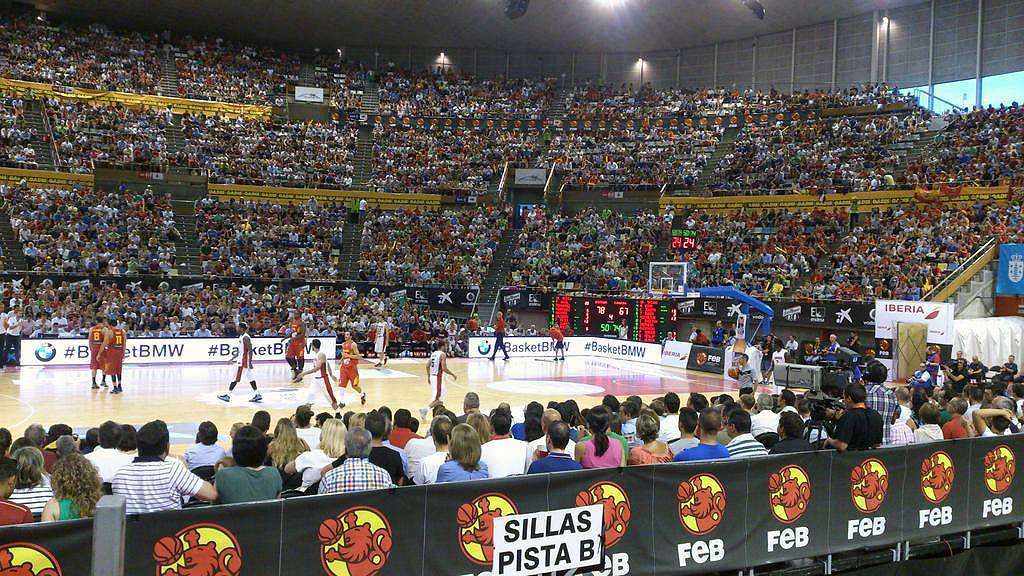 Canada’s Senior Men’s National team came up short against the second-ranked Spain in their sixth game of their 2014 European tour, bowing out 82-70 in front of a packed house in La Corouna. Team Spain playing in their first tune-up game of the 2014 FIBA World Cup championship wasted no time dominating the short-handed and under-maned Canadian squad by feeding the ball to the Gasol brothers (Pau Gasol (Chicago Bulls), Marc Gasol (Memphis Grizzlies)  inside a 25-12 lead after the first-quarter. The Gasol combined for 16 of Spain’s 25 points, each scoring eight points apiece.

Canada struggled to find quality looks on offensive end and had no answer for Serge Ibaka who came off the bench to anchor the Spanish side to a 9-0 run and a 34-12 to open-up the second-quarter. Head coach Jay Triano looking for a spark, inserted Dwight Powell (Cleveland Cavaliers) off the bench and the versatile Toronto native helped Canada stay in the game with eight points in the quarter as Canada trailed 47-29 at the break.

Canada made some adjustments inside and picked up the pace of the game behind a strong quarter by point guard Cory Joseph who scored nine of his team-high 19 points in the third quarter to help Canada cut the lead to 60-50 with one final quarter to play.  The third-year San Antonio Spurs guard nailed his second three-pointer of the contest get the lead down to single digits at 64-55 with 6:45 to play, the closest the Canadians would get to before finally bowing out to a tough Spanish side which is loaded with NBA talent and is once again expected to challenge the United States of America at the 2014 FIBA World Cup of Basketball taking place right in there backyard.

Chicago Bulls forward Pau Gasol finished with a game-high 20 points and eight rebounds, his brother Marc Gasol added 15 points alongside rebounds and Serge Ibaka also played well with 15 and 8. Team Spain out-rebounded Canada 47-42 and forced Canada into 24 turnovers compared to 14 of their own.

Spain shot a healthy 47% on 23/48 shooting wild Canada’s impressive second which saw them outscore 43-35 finished with a mild 42% on 22/52 shots.  Canada only mustered up six free-attempts going a2/6 from the charity line while Spain got to line in abundance finishing the game 21-for-27 from free-throws.

Spain will continue it’s preparation of the 2014 World Cup by taking on African champions Angola in their next game. Canada currently 3-6 will continue it’s European tour with a game Turkey in Seville, Spain on August 1o before wrapping things up against Angola the following day.