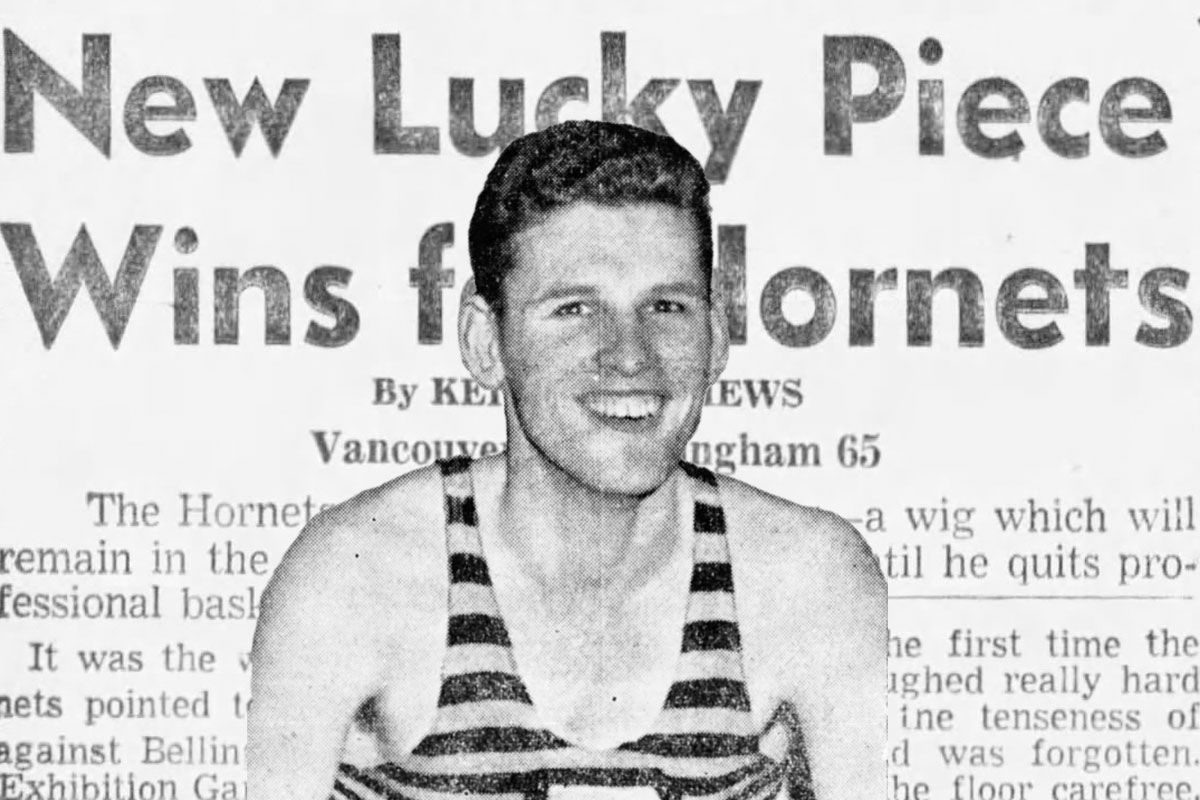 P.S. Maybe this feature will catch the attention of the Harlem Globetrotters so they may add Canadian Ritchie Nichol to their historical perspective

January 7, 1927 the New York Harlem Globe Trotters, later to be shortened to the more familiar Harlem Globetrotters, make their debut in Hinckley, Illinois.

Off the bench was a short portly Jewish immigrant named Abe Saperstein who was also the founder, coach and owner.

He will be the first white player to wear the famous blue jersey with the vertically arched “Harlem” with the four stars and candy-striped shorts.

Since then the Globetrotters have had more than 750 men/women lace up the sneakers to perform comedy routines to millions of fans worldwide.

A few years after its inception, Bunny Leavitt, the world’s best free-throw shooter at the time, would become the second white player to tour with the team.

Then in 1943, at least according to Globetrotters literature, Bob Karstens became the third but” first white player under contract” to sign with the Globetrotters.

Somewhere along this historical timeline they have forgotten about Canadian Ritchie Nichol.

Born December 15, 1921 in Nanaimo, B.C., Nichol had played against the Globetrotters many times during his high school years when they had toured the province.

One must remember that during the 1930s and 1940s’ the Globetrotters were partially restricted to various geographical locations in North America due to the racial injustice of the time.

In 1941 the Globetrotters are once again making their annual stop in Vancouver B.C. where Nichol, now graduated from high school, is enrolled in a radio engineering course.

He reacquaints himself with the team and Saperstein invites him to travel with the team to their next stop which is the town of Woodfibre located at Howe Sound.

During the boat ride from Horseshoe Bay, as the pulp-and-paper mill town was only accessible by boat or plane, Saperstein faced the problem in that Globetrotter Babe (The Cleveland Comet) Pressley had a sprained ankle and would likely not be able to play.

With no substitutes other than himself, Saperstein made a proposition to the 19 year-old Nichol.

“You know, Rich, that uniform of Babe’s will fit you,” said Saperstein. “I think this would be a good time to try something.”

Nichol would make history as the third white player to join the Globetrotters.

Stepping out onto the hardwood for the game, someone yelled to him, ““Where’s the shoe polish?”

Saperstein wanted to protect Nichol against any harassment from the 400 fans in attendance, so during a timeout he talked to Nichol.

“He pulled me aside and said, ‘Listen, Rich, you’d be better to play it straight,” recalled Nichol years later. “The crowd here wants to see the coloured guys do their thing.’ What Abe said in those days was the bible.”Abe Saperstein – Founder, coach and owner of Harlem Globetrotters

Nichol was informed to simply stand under the basket to wait for the ball.

According to accounts, the Globetrotters had 103 points while the home squad scored between” 25 to 35 points.”

Nichol would play in just the one game with Saperstein giving the young man $50.

“A thank you,” Nichol recalled. “Abe wasn’t small in that way. He was small in stature, but nothing else.”

A few  years later, Nichol, now a member of the University of British Columbia Thunderbirds men’s varsity basketball team, was on the winning side as they beat the Globetrotters 42-38 on January 11, 1946.

“We played in the old (Varsity) gym,” recalled Thunderbird player Pat McGeer in an interview. “We used to fill it for almost every game. When the Globetrotters came that time, those that couldn’t get in climbed on the roof and broke windows to watch. The fire marshal had to look the other way.”Pat McGeer – Former UBC Thunderbirds player.

Seven members of this Thunderbirds team would form the nucleus of Canada’s team in men’s basketball at the 1948 Summer Olympics.

Nearly 80 years after wearing the Globetrotters uniform, wouldn’t it be nice if his place in Harlem Globetrotters history was recognized. 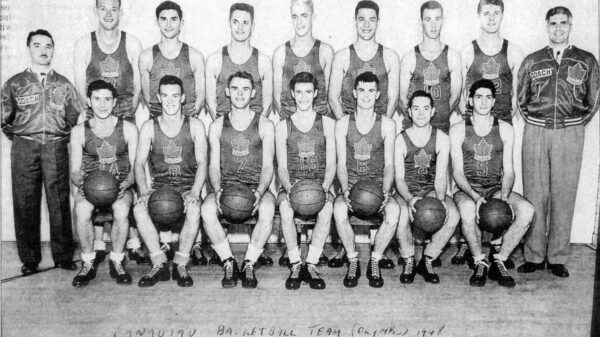