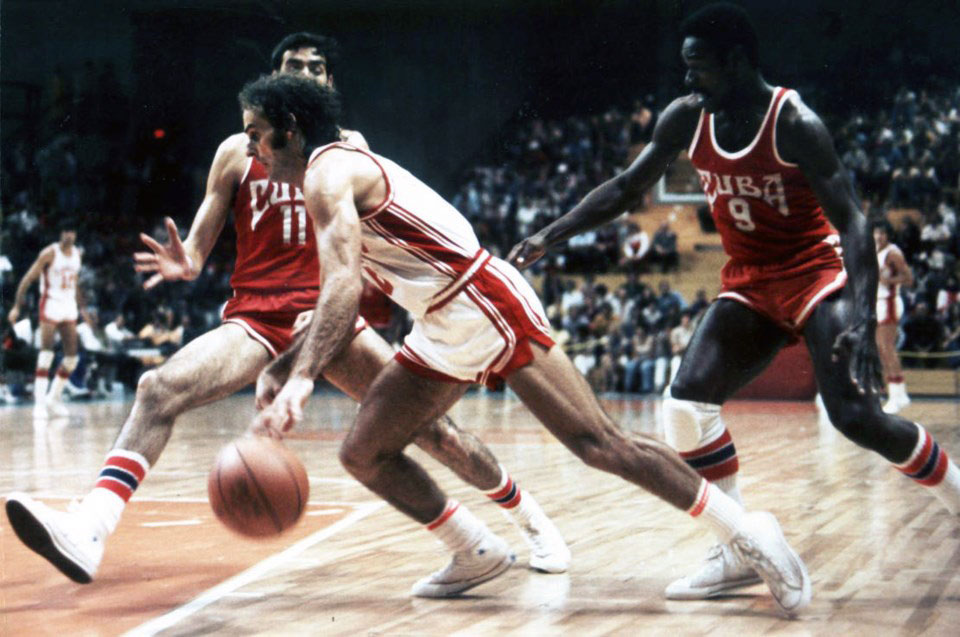 How would Canada’s men’s national basketball team do at the 1970 FIBA Men’s World Championship’s to be hosted in Yugoslavia?

If Cosic and Belov had played in the NBA…both would have been household names today.

The future Naismith Memorial Basketball Hall of Fame members would be up against the defending champion Brazil; a side that had Bira Maciel, playing in what would be his third-of-five FIBA Men’s World Championships.

He, too, would make it to Springfield, Mass with enshrinement in 2010.

Team USA would be a threat with a young man on the roster by the name of Bill Walton.

Team Canada had on its pre-tournament roster, 6-foot-10 Bobby Croft from Hamilton, Ontario.

Croft had just graduated from the University of Tennessee, where he averaged an impressive 17 points per game and 10 rebounds per game.

At the 1969 National Invitational Tournament, Croft had 21 points and 8 rebounds in a 67-51 win over Rutgers.

It was after this performance that Boston Celtics legendary coach Red Auerbach made this comment about Croft: “Croft is the top pro prospect in the country (USA).”

Instead of packing his suitcase for Yugoslavia, Croft, then 22 years-of-age and married with two children, decided to turn in his amateur status.

He turned pro with the American Basketball Association, signing with the Kentucky Colonels for $30,000 plus a $10,000 bonus.

“He did the right thing when he signed a professional contract ($100,000 for three years). The war between the ABA and NBA was going full blast and he had a chance to make some money. I would have done the same thing.”

With no big man now wearing the Maple Leaf, how would Canada fair?

“This is one of our biggest problems (lack of height). We’re just going to concentrate on mobility and speed to make up for it.”

John Barton of Sudbury, Ontario is the tallest player at 6-foot-8.

“We have a young team, and we’re just hoping to do well enough in this tournament and at next summer’s Pan American Games to qualify for the (1972 Munich) Olympics.”

These, the 6th FIBA World Championship for men’s teams, would be held in Sarajevo, Split, Karlovac, Skopje and Ljubljana, from May 10-24.

It will also be the first-ever FIBA World Championship hosted outside South America.

Little information or coverage of the games may be found in newspapers archives.

UBC was coming off of a perfect 28-0 campaign, having beat McMaster 96-75 in the Canadian University Men’s Basketball finals.

The Clansmen had won the Canadian Senior Men’s Basketball Championships with an 80-76 decision over Sarnia Drawbridge Knights.

Canada led 50-49 at the half. Bob Molinski had 24 points for Canada. Shin Dong-pa a game-high 37 points for South Korea. The 6-foot-2 shooting guard would remain involved in basketball as a coach, announcer and owner for more than 30 years.

Italy led 45-45 at the half and were tied 60-60 early in the second half, after which Italy outscored Canada 24-9. Once again, Molinski was the top gunner for Canada with 31 points on 12-for-24 shooting. Ottorino Flaborea had 29 for Italy. His nickname was “Captain Hook”, due to his great hook shot.

Jose Edvard Simoes led Brazil with 17 points in a balanced attack.  John Barton and Bruce Dempster each with 8 for Canada.

“Canada in Hoop Consolations After Shellacking By Brazil,” read the newspaper headline as Canada finishes (0-3) in Pool B and moves to the consolation round.

Once again, Shin Dong-pa owned Canadian defenders with 30 points. He would average 32.6 PPG in the tournament. Sankey had another 14 point output.

Pedro Rivas and Davis Peralta each had 17 in the loss.

Ray Tomlison 16 for the Aussies.

El Sayed Mubarak 32 in the loss.

Kareem Abdul-Jabbar when he was known as Lew Alcindor in high school.

Four days after the championship, Yugoslavia centre Trajko Rajkovic died at 32 of a heart defect.