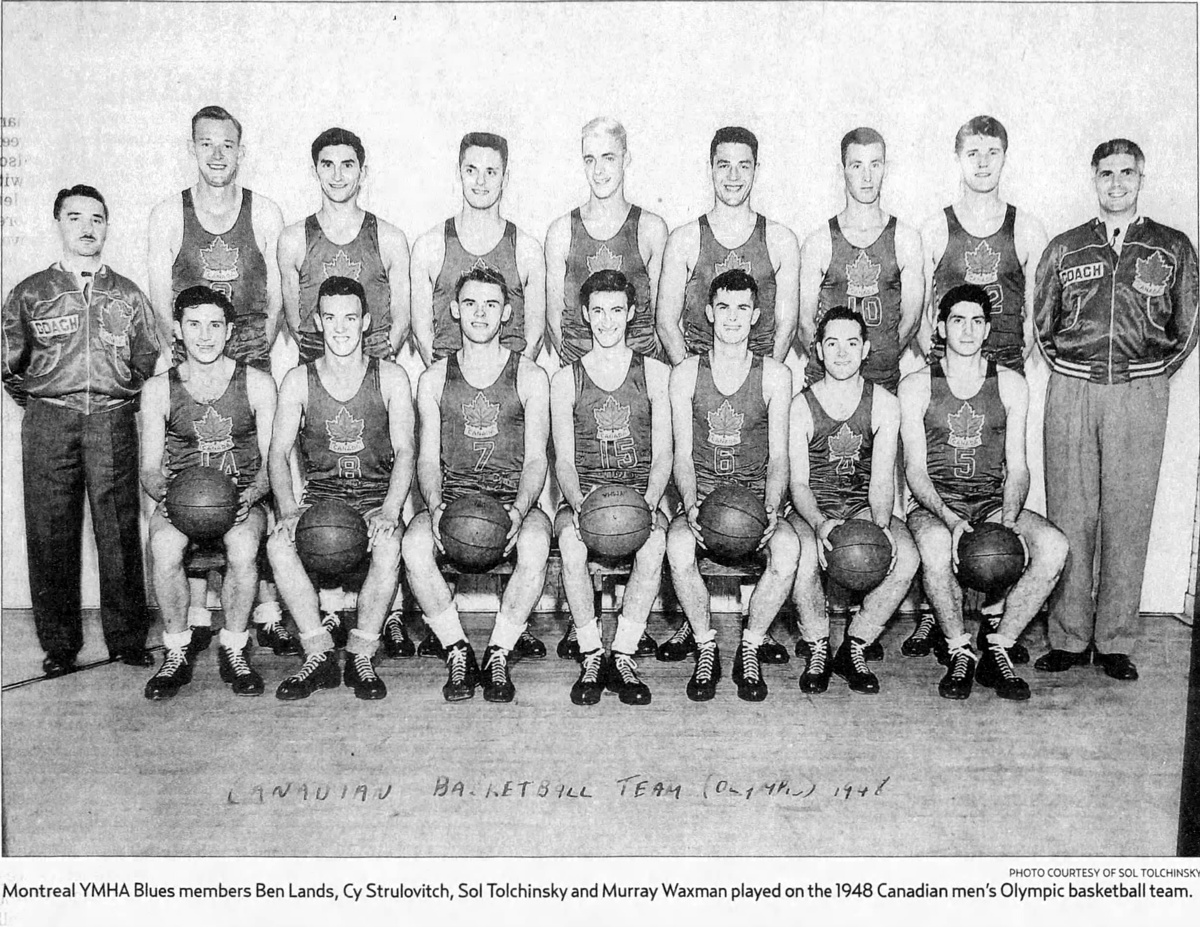 Composed of players from the University of British Columbia Thunderbirds and Young Men’s Hebrew Association of Montreal, of which Waxman was a member, Canada finished 9th overall out of 23 teams.

Waxman had joined the Montreal YMHA Blues shortly after the conclusion of World War II.

In 1948 the team captured the Eastern Canadian Championships.

In 1950 the Montreal YMHA became the first Canadian Senior Men’s Basketball champions from the province of Quebec, defeating the University of Manitoba Bisons in a best-of-five series 3-to-1.

In 1946, he set a new scoring record in the Montreal Basketball League with 120 points in 10 games.

An injury to his shoulder, during an exhibition match in Vermont against St. Michael’s College Purple Knights, ended his playing career in 1951.

“I went up for a rebound and as I came down my legs were cut away from me by (Vic) Richardson,” recalled Waxman in a 1998 interview with the Montreal Gazette. “I fell to the floor and when I used my elbow to break the fall I damage my arm.”