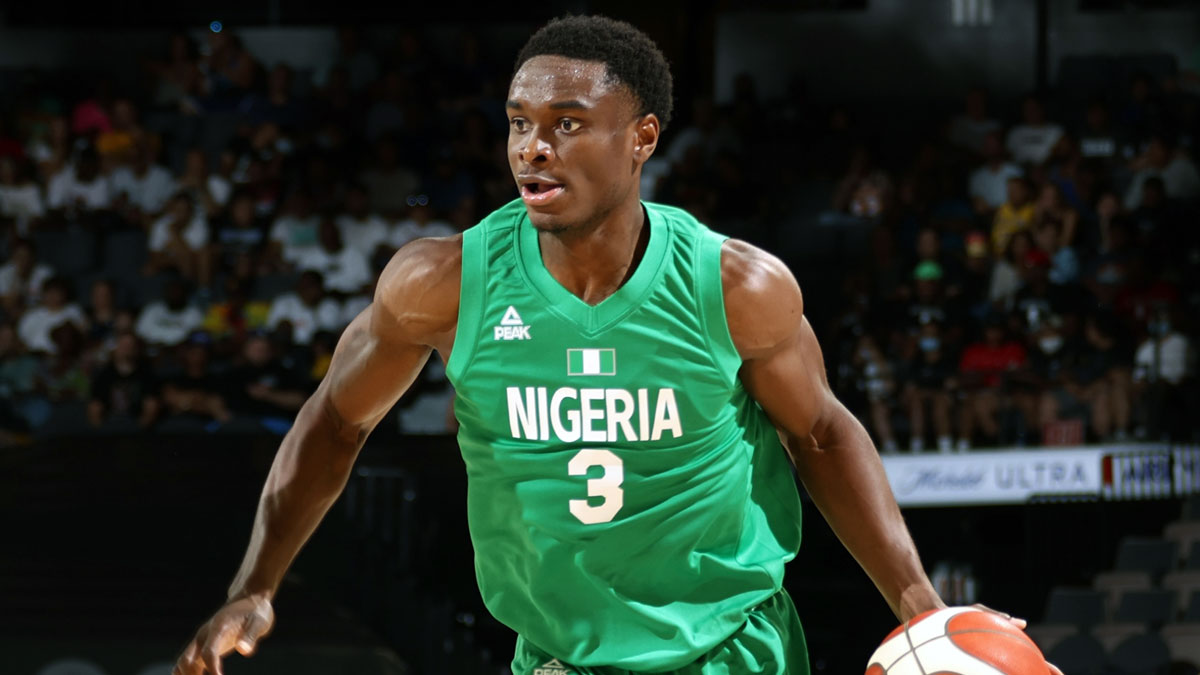 Say what you want to say.

It’s no fluke, It’s been coming. If you’ve been paying attention, of course.

Hakeem Olajuwon. Is that enough.

Saturday, July 11, 2021, date stamp it, as the day the world witnessed an African basketball nation, defeat the almighty United States of America in a basketball game.

Team Nigeria emptied the clip on the Americans, burying 20-of-42 (47.6%) three-pointers to shock the basketball world with a historic and memorable 90-87 win inside the Michelob Ultra Arena at Mandalay Bay in Las Vegas, Nevada.

Former Ottawa Gee-Gees All-Canadian guard Caleb Agada came off the bench and seized the moment, scoring 17 points on 7-of-10 shooting, 3-of-3 from downtown. Agada contributed 3 rebounds and 2 assists in nearly 17 minutes.

As is the case with nearly all of U Sports basketball players, Agada went undrafted following five excellent seasons with the Ottawa Gee-Gees and played two seasons in Spain’s LEB Gold league.

A two-time U Sports basketball defensive player of the year, Agada is no stranger to big games, putting averages of 22 points, 6.1 rebound, 4.4 assists and 2.2 steals per game in 23 games for Hapoel Beer Sheva in Israel’s top league.

Agada will be running with the Denver Nuggets in the upcoming 2021 NBA Summer League.

Making its third straight Olympic appearance, since making its debut at the 2012 London summer games, Nigeria has overtaken Angola as Africa’s basketball powerhouse.

The United States had beaten Nigeria by a combined 127 points in their last two meetings 156-73, (83-points) their highest margin of victory at the London Olympics and the other, a warm-up for the 2016 Games in Rio.

Team USA had gone 39-0 in their last three Olympic seasons; including pre-Olympic exhibitions, on their way to gold medals and had been 54-2 in major exhibitions since NBA players began playing for USA Basketball in 1992.