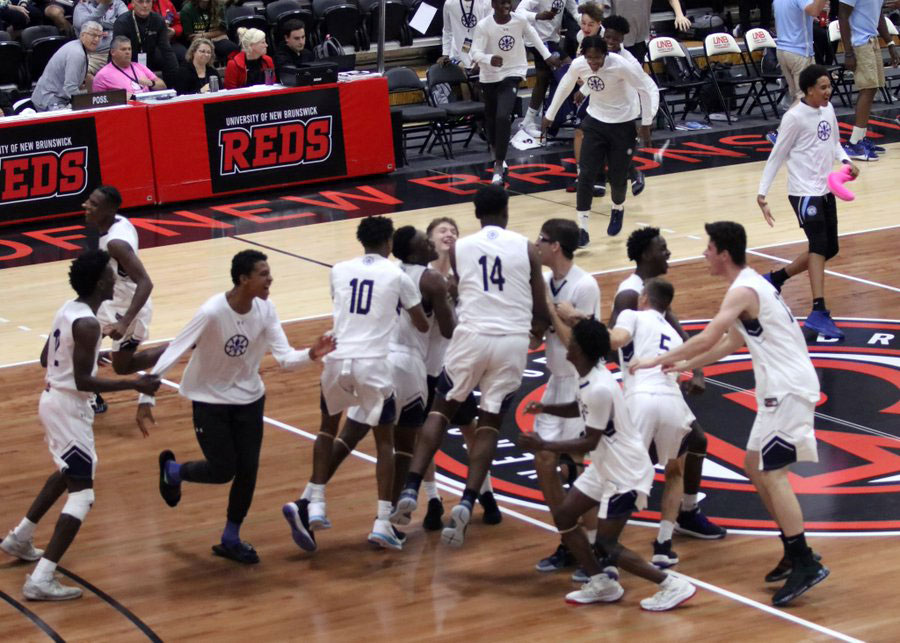 Quebec basketball made a loud statement by sweeping all four levels of the 2019 Canadian National basketball championships – claiming gold both at the U15 and U17 boys and girls annual provincial tournament.

The boys made a clean sweep of Ontario to take home gold at both the 2019 U15 and U17 boy’s Canadian national championships in Fredericton, New Brunswick. While across the country at Ken and Kathy Shields court in Victoria, British Columbia the U15 ladies knocked-off Ontario 72-55 and the U17 ladies completed the sweep with a 55-45 win over Alberta. Quebec becomes the first province to sweep all four championships since Ontario claimed supremacy in 2011.

Quebec’s silky smooth guard Bennedict Mathurin was the star of the U17 tournament pouring a game-high 23 points to help La Belle Province defeat their rivals 84-77 to claim their third-ever U17 gold medal at Nationals and their first since they won back-to-back in 2010 and 2008. Mathurin the tournament’s top scorer (23 PPG) added 7 rebounds and 4 assists in the victory.

Aurel Ntahindurwa scored a game-high 25 points, pulled down 7 rebounds and added 3 assists to lead Quebec to a 88-78 win over Ontario in the U15 boys championship game. Freud-Ansley St-Felix took-home MVP honors by showcasing his all-around game with 19 points, 6 rebounds, 3 steals, 2 assists.

Cassandra Prosper was named MVP of the U15 girls championships and had the game of the tournament — scoring 24 points and grabbing a jaw-dropping 18 rebounds in the finals.

The U17 Quebec ladies completed the rare clean sweep fighting off a tough Alberta squad. Kiandra Browne was named MVP capping a great tournament with 7 points and 9 nine rebounds.

Must Read:
Bounce Elite Jalik Dunkely-Distant puts on a show in OT win over UPLAY Canada at 2022 U16 Nike EYBL