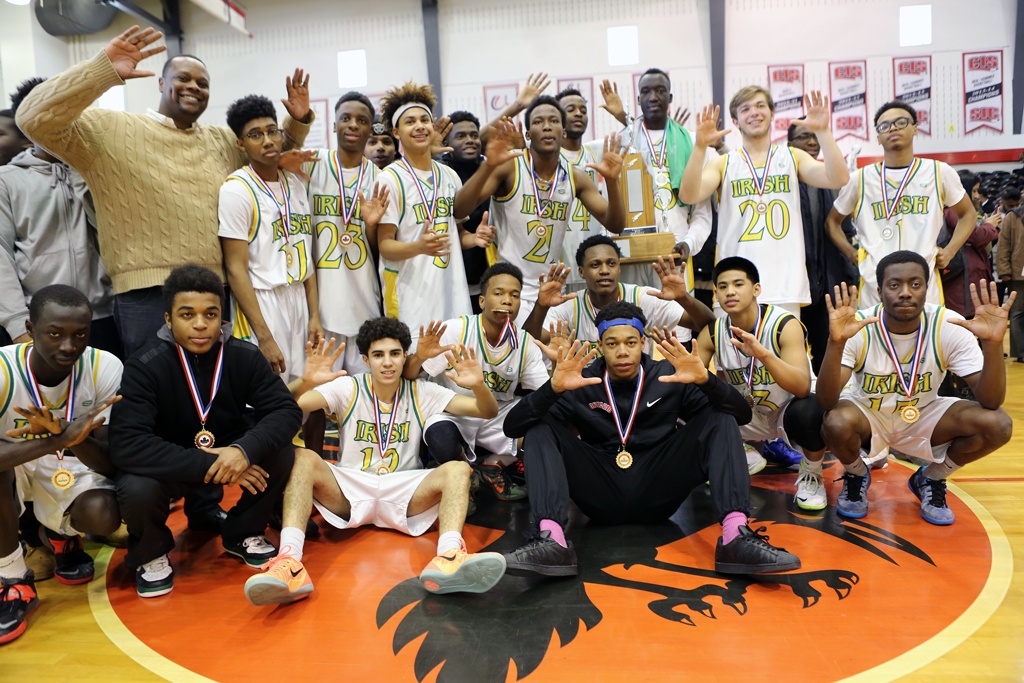 The 2015-2016 Ottawa high school basketball season  was one for the ages! Many teams stood out as they made some historic runs; some fell short, some won it all but nonetheless many teams had a season to remember.

Despite The Franco-Ouest Vikings losing in the city finals they still made a historic run by going to the city finals in just their second year of their basketball program  taking part in the ‘OFSAA’ division. Ashbury had another great year! With star power Noah Kirkwood, Lloyd Pandi & Owen Boisvert leading their team to a perfect regular season.

There play was one for the ages as they dominated teams in a very classy way! With the young star power that Ashbury contains their future is looking extraordinary. All that can be said right now is fasten your seat belts ladies and gentleman Ashbury college will not only continue to dominate for a long time but the players will get much more coverage as some are already playing for Team Ontario, Team Canada and are getting looks from division one teams. It’s fair to say that exposing these young stars right now will be too early as none of the big 3 will be graduating.

On the other hand the Franco-Ouest Vikings who made quite a remarkable run this season will have half of their team graduating this year. The co-coaches Wilfrid Kalala, Ahmed Youssef and their staff has done a great job with the Vikings basketball program the past few years.

After getting teased for over a decade for playing in ‘Tier 2’ despite having outstanding players. The Vikings finally got the respect they been searching for, as they showed that they can not only make it to the OFSAA ‘AA’ division but also be contenders in it. After the lost of their starting shooting guard and small forward Junior Abibe & Vince Dejala the Vikings future did not look too promising.

Losing the two players resulted in Franco-Ouest barley making it into the playoff last year and getting eliminated in the very first round of last years playoffs against the St Joseph’s Jaguars. As they entered their 2nd year in OFSAA ‘AA’ division they made sure they approached the season completely differently than the prior year.

After a summer of convincing Vince Dejala made a homecoming return to his Vikings which turned out well. Karl Thys a transfer from Montreal who was new to the city, was added to their roster playing in his first basketball league in Ottawa. He brought his toughness from the Montreal playground as he led the team defensively throughout the year. Starting point guard Jordan Mukenga spent his summer facing Ottawa All-Stars Ryan Kabuya & Amir El Badry in a summer league.

This fierce competition all summer helped Mukenga up his game to a new level! Young guard Danny Lukusa was also a new face for the Senior basketball team. His long frame & intensive play helped him transition from juniors to seniors easily. And the sharp shooter Jordy Miantezila kept his teammates in check from the first practice to the last. Being the oldest player on the team his leadership and maturity was a key role into the change of basketball culture for the Franco-Ouest Vikings.

From the first games of the season it was clear that Franco-Ouest was ready to shock the city as their big 4 offensive players Jordy, Jordan, Vince & Danny and the rest of the cast were determined to make this a successful season starting off 6-0 to eventually finish 8-2.

The Vikings made it to the OFSAA ‘AA’ finals by beating most teams people expected them to lose to. Despite losing to Ashbury in the city finals these young men’s walked off with their head high as they knew they made it further than expected and everyone in the team showed signs of growth! Especially their big 4! Danny Lukusa averaged 11.9 points a game. Jordan Mukenga & Vince Dejala both averaged 11.7 points a game.

Jordy Miantezila averaged 11.3 points a game. Which all played a major factor in helping Franco-Ouest historic run to the OFSAA ‘AA’ finals. One thing is for sure, these young men future will be bright as they had numerous coaches from colleges & universities interested in them.

The last game was easily the most entertaining game of the finals! Longfields Davidson Ravens vs St Patrick’s Irish. Longfields surprised many as they beat a great team in Glebe Gryphon’s a team they lost to in the season to make it to the finals. Despite losing the finals these young men had a fantastic season.

As for St Patrick’s Irish history was on the line for them and their fans made sure they gave everything they had to help them accomplish it. The Irish fans came out in a bunch! Screaming from the top of their lungs from the beginning of the game to the end!

With 11 guys graduating this year this was by far the largest graduating group of coach Matthew Koeslag 10 year coaching career with the Irish boys, which made everyone play with a chip on their shoulders knowing that this will be practically all of their last year playing High school basketball.

However the team they had in the beginning of the season was different from what they finished with as they lost many key players for personnel reasons. The first couple months of practice was extremely hard for the Irish boys, their co-coach Tina St.Amour was out on a maternity leave, the head coach Matthew Koeslag was also called away from the team as his wife was awaiting a heart transplant and did not return to the team till November.

During both coaches absence other coaches stepped up such as their junior coach Alex Rassi, former players & graduates Brian Nuwagaba, Daniel Lutfy, Jesse Duodo & their community coach and the voice of basketball in Ottawa Vikta Paulo.

Coach Matthew Koeslag maintained communication with all of them during his absence but of course was unsure where they’d be when he returned. In his return the Irish boys participated in a tournament at the ‘Cegep de L’Outaouais’ where they only dressed 9 players for various reasons. Despite all the adversity they had gone through the Irish interior monster Lock Lam hit a buzzer beater to win them the tournament where they played teams such as Ottawa U19.

Following that tournament they hosted their own in their home floor and won that as well. Despite things going well St Pats took another fall as they were forced to cut two of their top players Muhammed Kabeya a Canadian all-star who played for U17 Ontario team at the summer games of 2014.

Ryan Kabuya their leading scorer was also cut in December to get him back on track academically. During that period they lost 4 games, one to Ashbury who everyone claims is their top competition for the best in the city. They lost to Ashbury in the semi-final at the Holy Cross Crusaders tournament in Kingston.

Then lost 3 close ones to Toronto teams at the Vaughn classic. During that time they added Donte Strachan & Marc Evrard who both returned to the program. Also a solid grade 11 from Merivale Eugene Kanku who became eligible to play for the Irish men’s in December. Needless to say many changes had occurred for the Irish during their first couple of months. Coming back from the Christmas break they looked to start fresh! Starting off with the Jaguar Classic, they looked to built some much needed momentum.

Despite not winning the tournament they built a momentum they had been looking for all year. They lost by 6 to the 4th best team in the country Jeanne Mance. After that lost the Irish men’s never looked back as they never lost a game after that.They did however lose their transfer Eugene Kanku for the rest of the year with a separated shoulder but that did not stop them from continuing their dominance.

They took their revenge on Ashbury and beat them at the National Capital Classic hosted by Hillcrest and Ridgemont. From Feb 2-11 Irish men’s won 10 games in 11 days! Making them more than ready for the playoffs. The first round was a bye but the second round was a special moment for St. Patrick’s Irish as Mother Theresa’s coach Mike Rowley who coached St. Pats from the late 90’s to 2008 who also led a championship team with coach Matthew Koeslag & Tina St Amour in 2008.

The St Patrick’s Irish beat their former coach’s team 70-54 and went on to win the city’s ‘AAA’ finals 83-43 against Longfields Davidson Ravens. The team was led by Lock Lam who finished with 14 points, 8 rebounds & 9 blocks.  And Ryan Kabuya who finished with a game high 18 points on 9-10 field goal.

This marks the school’s 10th Senior Boys Championship since 1999, tying Sir Robert Borden for the most city championships since 1980. This historic team was led by the outstanding play of Ryan Kabuya who averaged 14.6 points a game. Lock Lam who averaged 12.7 points a game leading them also in every defensive category (Rebounds, Blocks & Steals) & Elijah Davidson 10.5 points a game.